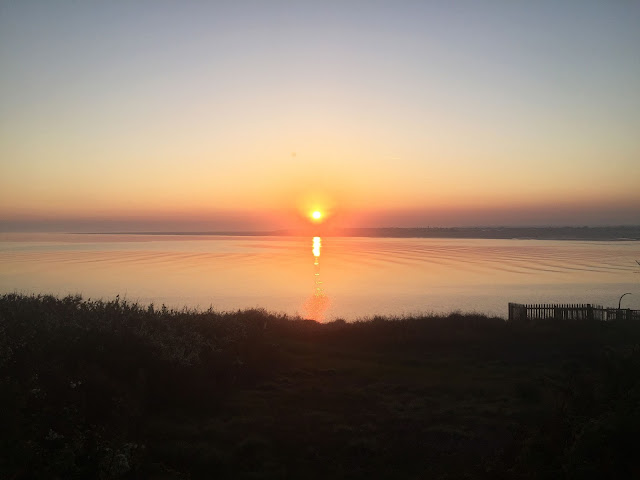 This morning was a repeat performance of yesterday as regards very limited movement in glorious weather. The sea off the west side excelled again with 92 Gannets, 22 Manx Shearwaters, 3 Kittiwakes, a Fulmar, a Red-throated Diver and 260 Sandwich and 120 Common Terns all feeding in the calm waters after the tide, food must be plentiful here in the last few days. Also noticed towards the west hoyle were 5 Red-breasted Mergansers, 2 Goosanders flying south, 4 Great Crested Grebes, 8 Guillemots and 60 Sanderling resting with some of the terns. In the paddocks a Sedge warbler sang briefly (only the second at Hilbre this year) as did a Whitethroat and 2 Willow Warblers arrived later and that was the sum of the  migrants on the ground apart from a few Goldfinches and 2 Greenland Wheatears. 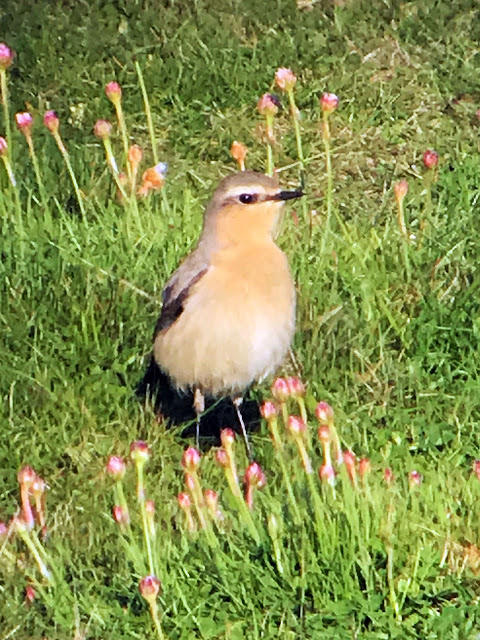 A single Yellow Wagtail and 2 Redpolls called overhead. A Raven and a Common Sandpiper were heard soon after dawn and the air was so still that a Pheasant could clearly be heard from Red Rocks.
Highlight of the morning for many was a Tree Sparrow that landed briefly near the Newton trap and then called as it flew first south and then back north the length of the island before disappearing.
The Linnets are now at the height of their breeding activity. 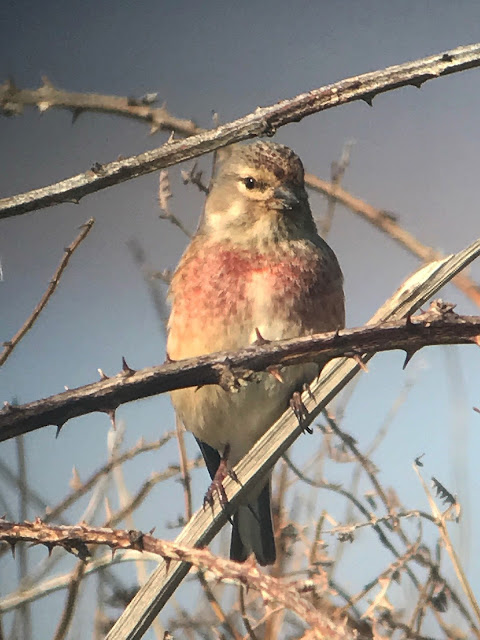 Eighteen Shelduck stayed close to the island shores with the 2 Eiders, 2 Little Egrets and 6 Whimbrel. 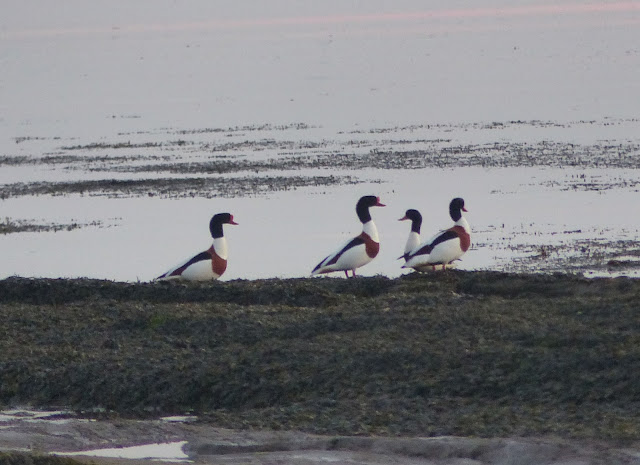 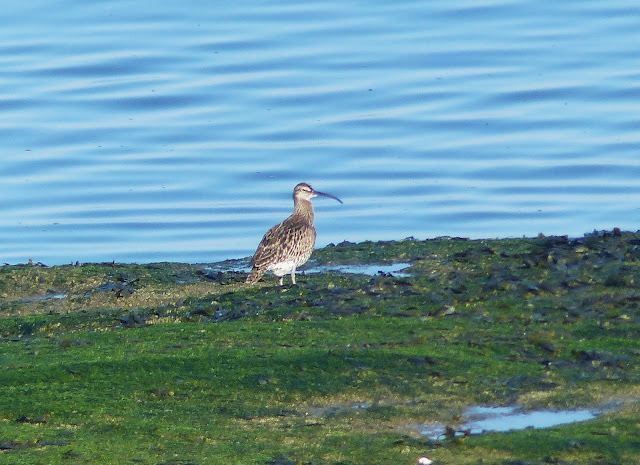 A male Orange Tip butterfly, quite scarce at Hilbre, flew around the paddocks in the sunshine. 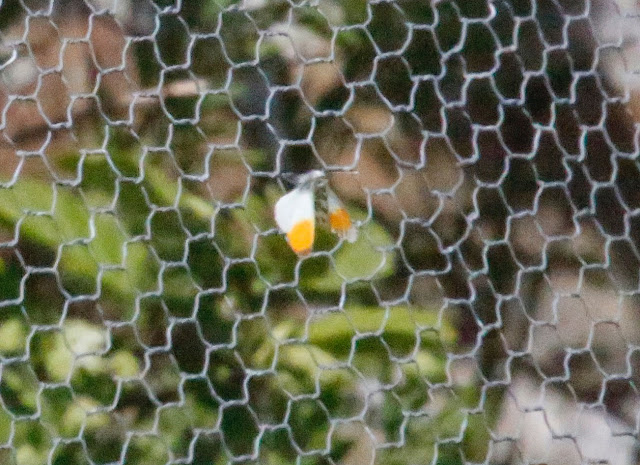