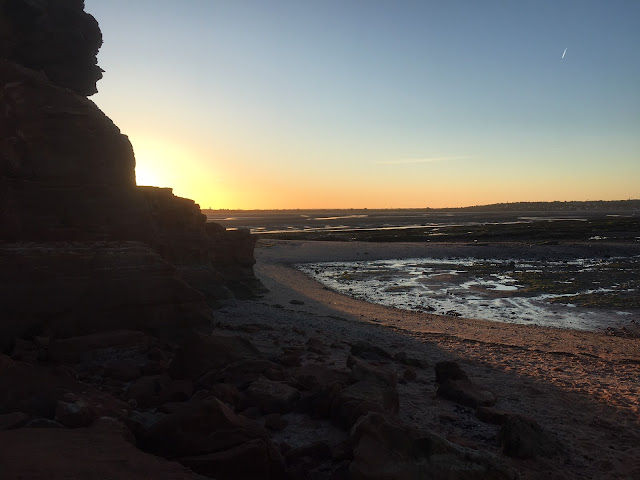 Clear sky last night probably contributed to the lack of visible migration this morning, although it was a very pleasant to walk around the island early morning. A Chiffchaff in the paddocks was the only new arrival there and a single Wheatear sat on the west side, but other than that it was hard work this morning, even the now ubiquitous Goldfinches were not to be heard, also absent was the trilling of Whimbrel on the rocks. An adult drake Eider was off the west side which gradually joined the 2 immatures on the whaleback. 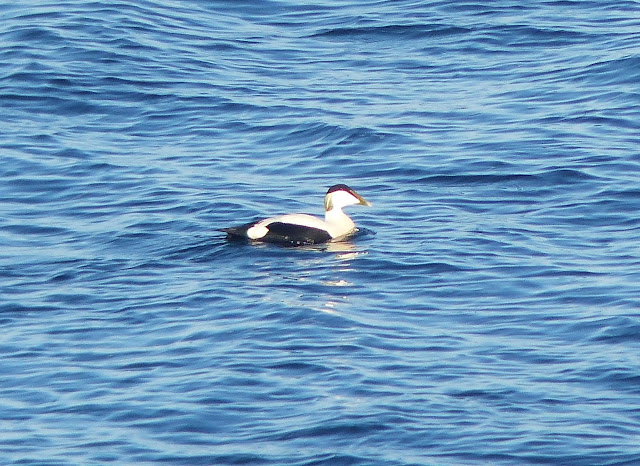 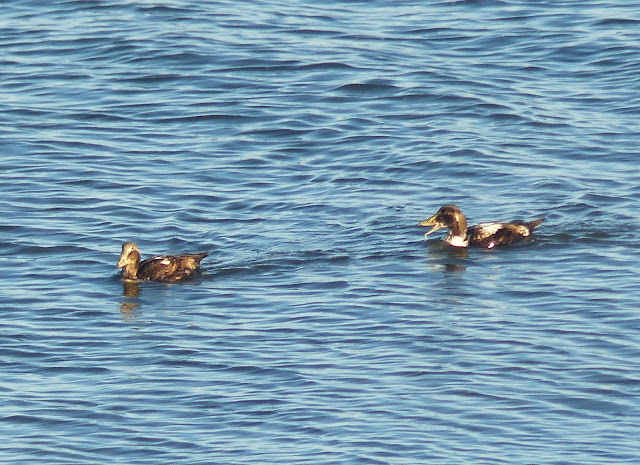 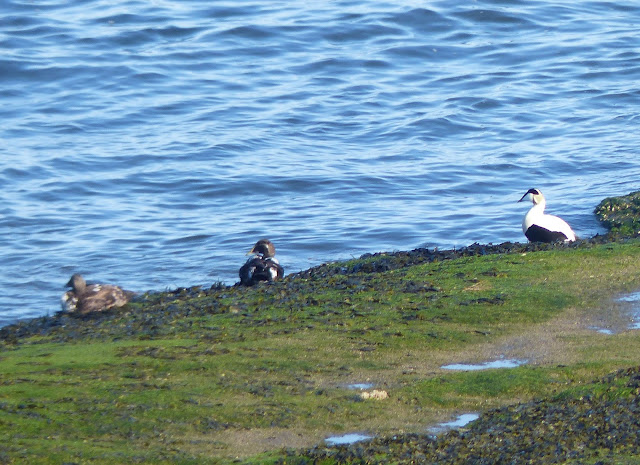 A Common Scoter was also near the north end. 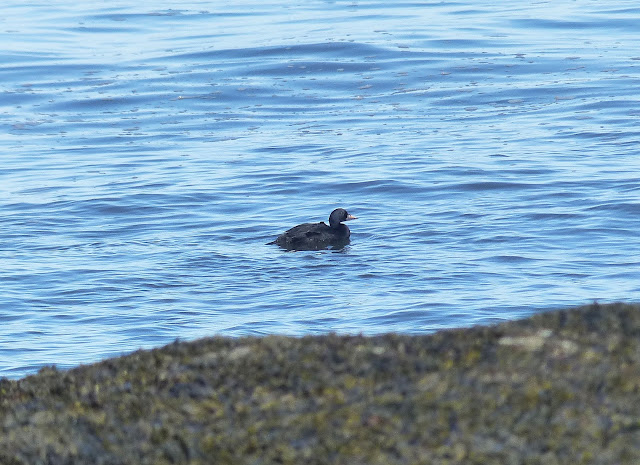 and a Grey heron on the rocks south of Middle. 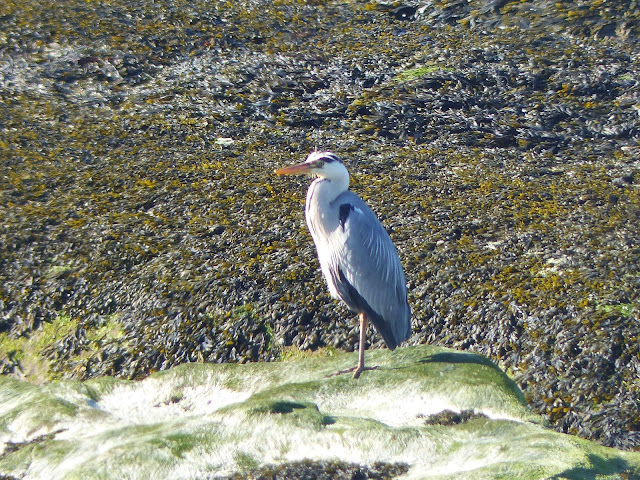 A few Garden Tiger caterpiilars crossed the path on Middle, the first seen this year, perhaps we will have another Garden Tiger summer/autumn proliferation. 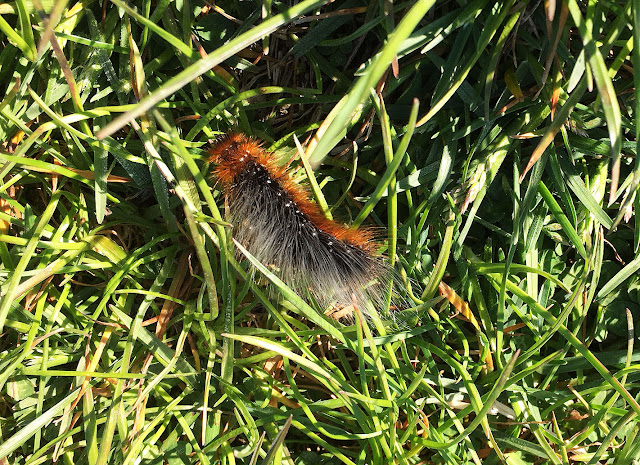 The Dunlin still here today seemed to be frequently giving the communal musical chatter associated with imminent departure for northern parts.
Gannets were again feeding in some numbers but today were further out to the north west.
A late evening visit had the lovely surprise of finding a female Mallard with 12 ducklings in the main island pond. Let us hope they survive the many hazards including the fox. 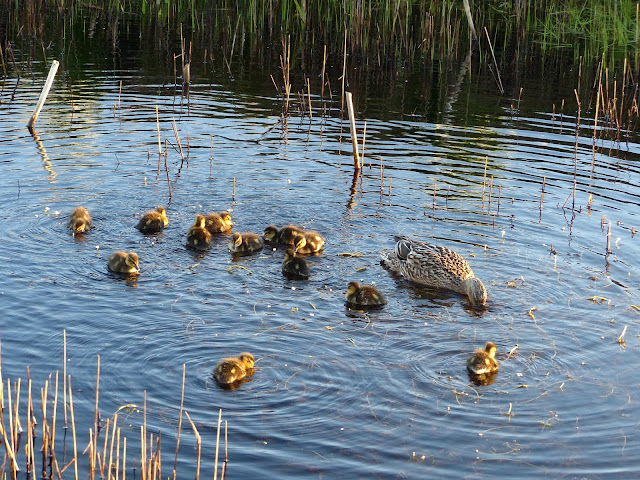 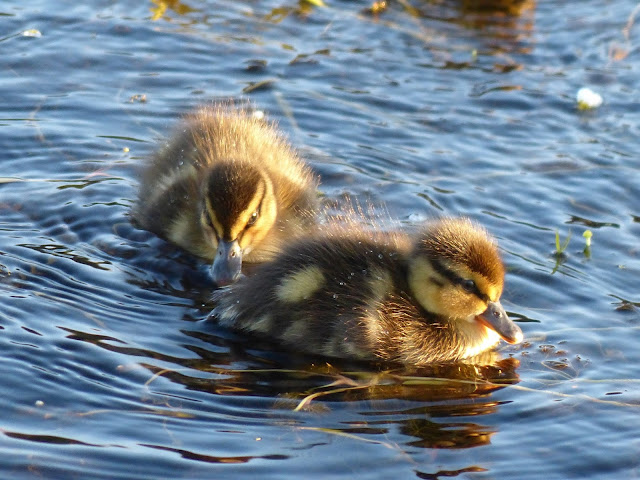 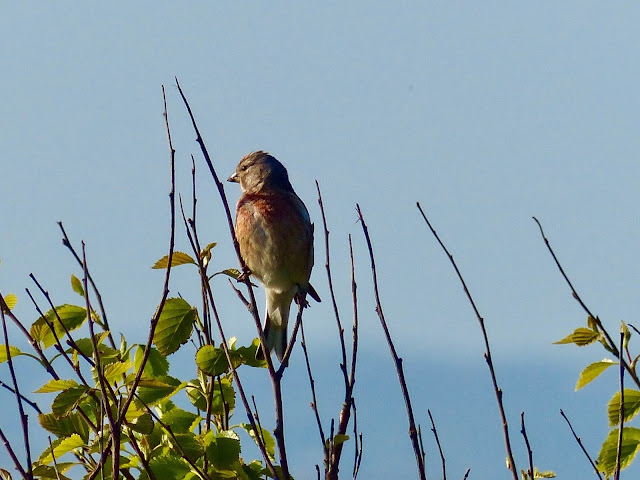 Looks like it may be another clear sky tonight. 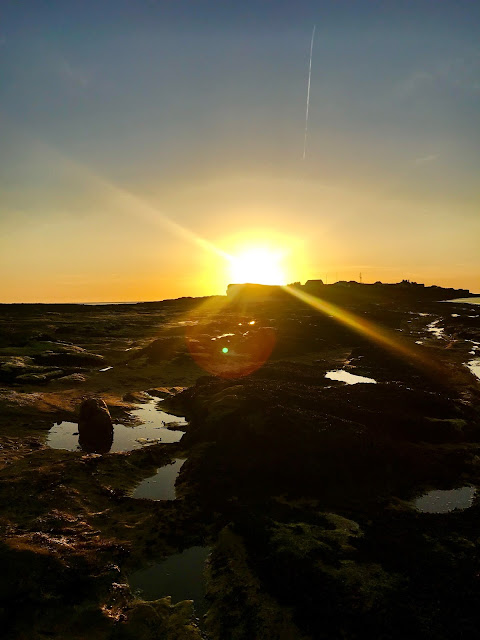