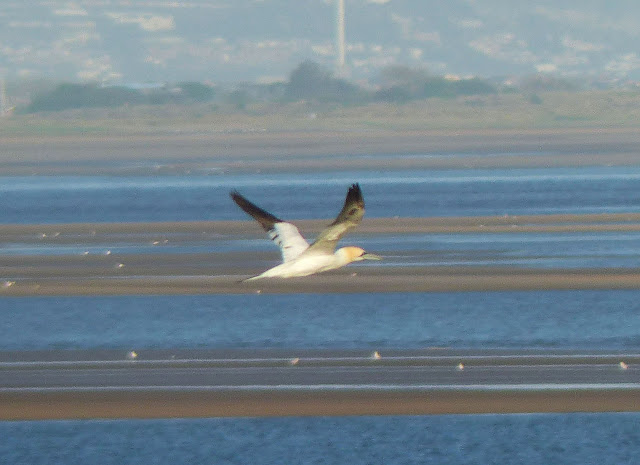 About 140 Gannets were again feeding off the west side but just the odd Manx Shearwater was showing this morning. Four Little Terns were found along with many Sandwich and 55 Common Terns. Some of the Sandwich Terns sat on the rocks west of Middle as the tide ebbed. 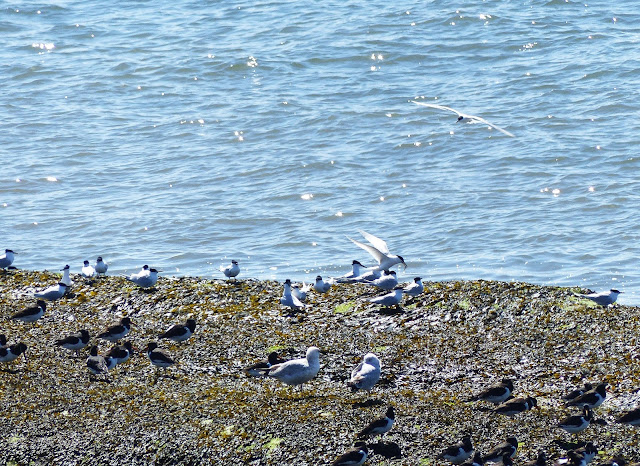 No warblers were on the island until one was found later, and observers had to be content with 2 Wheatears, several Goldfinches and a visiting Collared Dove soon after dawn and a Woodpigeon later in the morning.
The 6 local Swallows are taking advantage of the insects  flying during the fine weather. 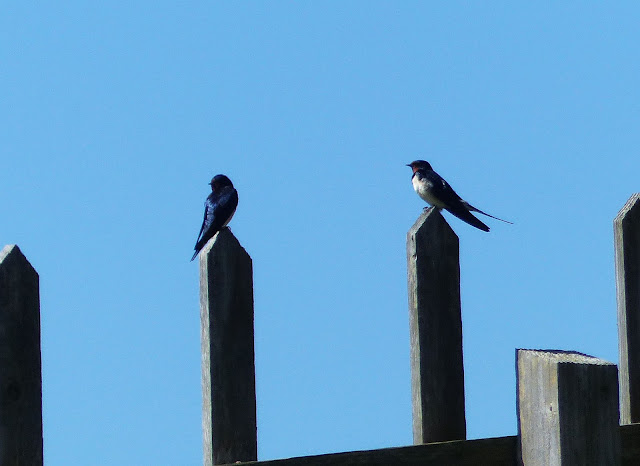 The 2 immature male Eiders are still making Hilbre their home as are about a dozen Shelduck.
Other birds seen today were 3 Red-breasted Mergansers, 12 Great Crested Grebes, 4 Guillemot, 2 Grey Herons and a Little Egret, and waders noted were 26 Sanderling and 260 Dunlin.
photos CJ,AS
Posted by Colin Jones at 13:41