The day began with a singing Sedge Warbler in ‘Pallas’s Privet’, a sign of things to come with 5 Sedge Warblers recorded throughout the day including 4 birds caught.  It is quite late in the spring for numbers of Sedge Warbler to be arriving or indeed Whitethroats of which 3 were trapped and ringed.
A Spotted Flycatcher was present early but didn't stay long enough to be ringed but in compensation the first Garden Warbler of the year appeared in the SK trap mid morning and completed the usual set of summer visitors for the island this year. 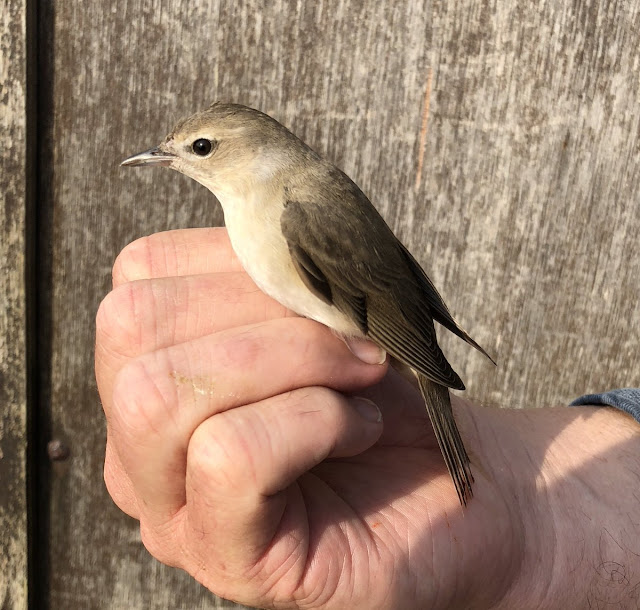 A prominent feature of today was the passage of Swifts, until now very scarce this spring, 75 in total moving through with a few Swallows and 2 House Martins. A Raven flew out of the estuary early on and other records today were 18 Gannets, 3 Whimbrel, the 2 Eiders and a single Wheatear. A Hummingbird Hawk Moth fed on the Valerian. 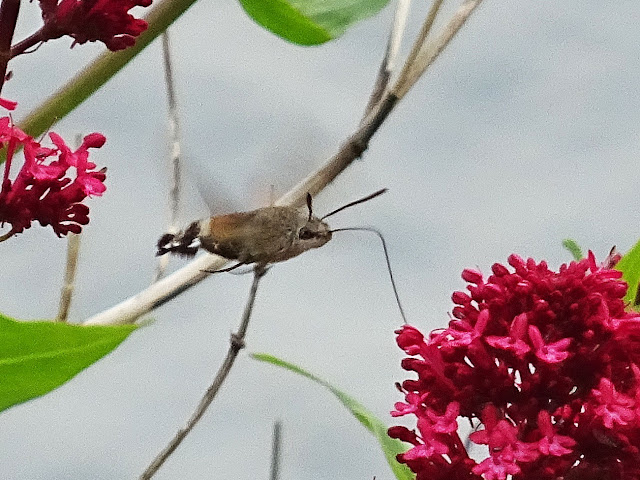 Three species of White butterfly were also out, also Orange Tip and lots of Silver Y moths, and with our own expert entomologist on the island it was no surprise that 3 new insects for the island were found.
Below in order; Timothy tortrix (larva), Miller moth, Grapholita compositella. 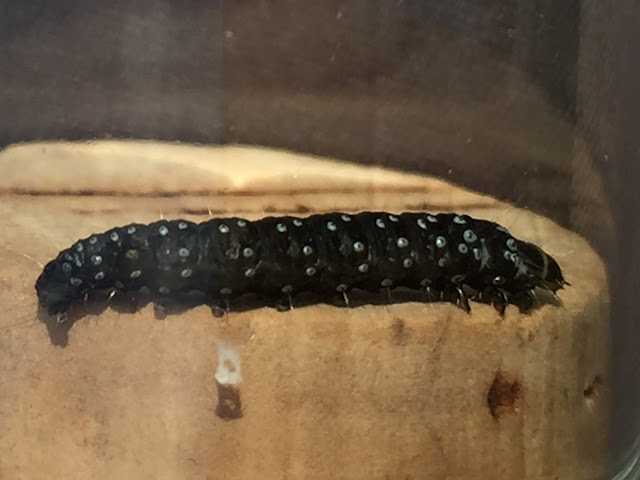 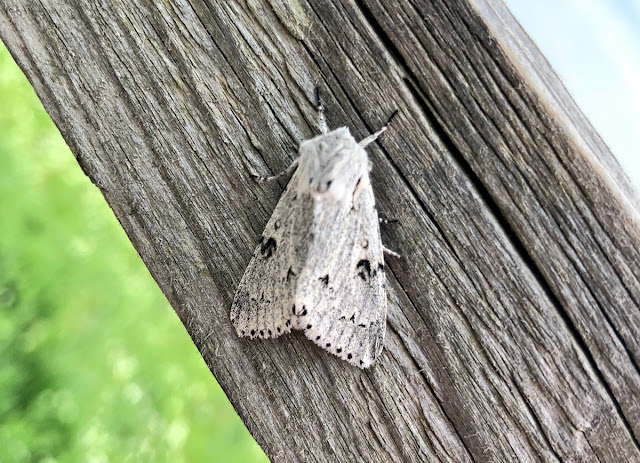 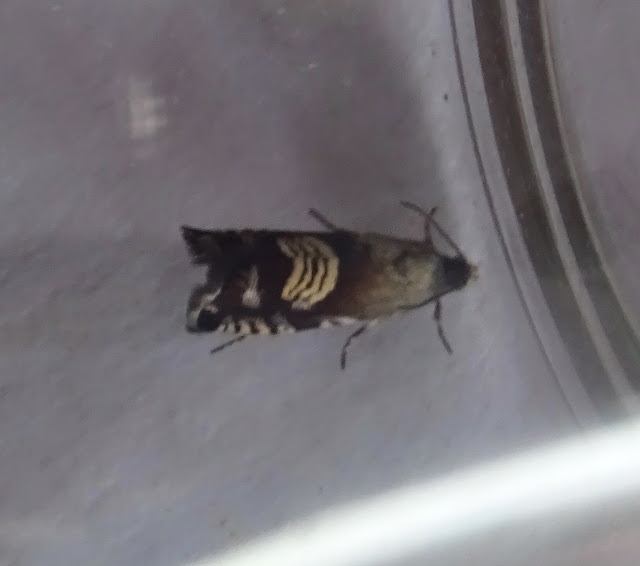 While nice pictures were also taken of less rare but colourful species today below; in order Cuckoo bee, Yellow-tailed moth caterpillar, and a species of ruby-tailed wasp. 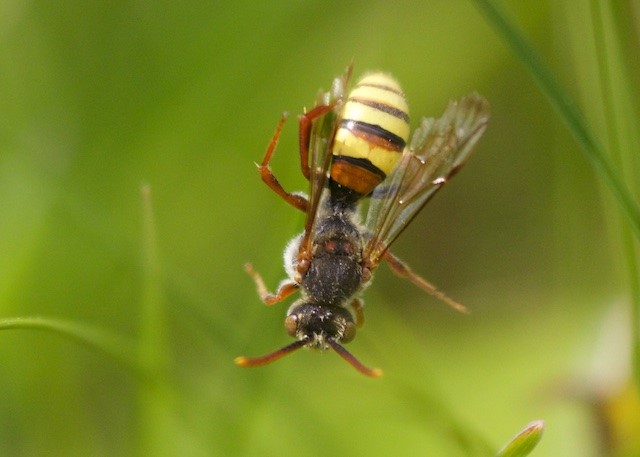 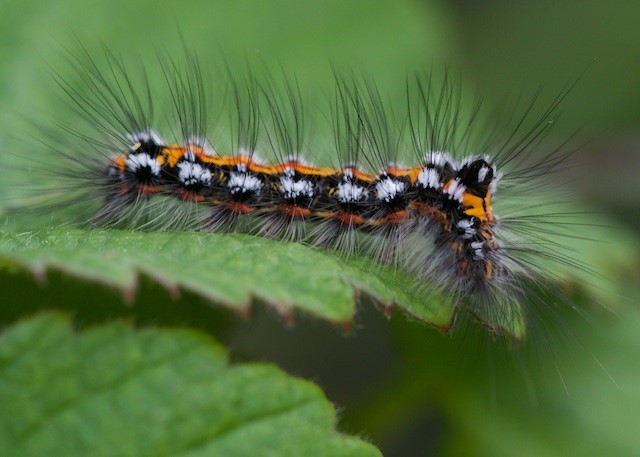 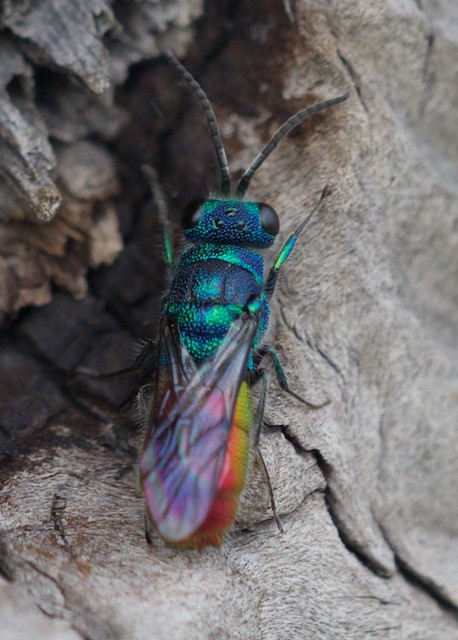