Weather:  SE 0-1, 6/8, clearing into a sunny day, good vis, but with breeze turning northerly a cool

Observers arrived early on the island this morning (pre-dawn) as expectation is higher than recently with the wind dropping and shifting to the southerly quarter.  For once the expectation was rewarded with a great spring day on the islands.

It appeared fairly quiet first thing but that was not actually the case as a small arrival of Willow Warblers had occurred and a trickle continued throughout the morning and a couple arrived later in the afternoon over the tide.

Amongst 20 Willow Warblers a British control bird was caught (ringed elsewhere in the UK and, as always, we look forward to hearing whereabouts it was ringed). 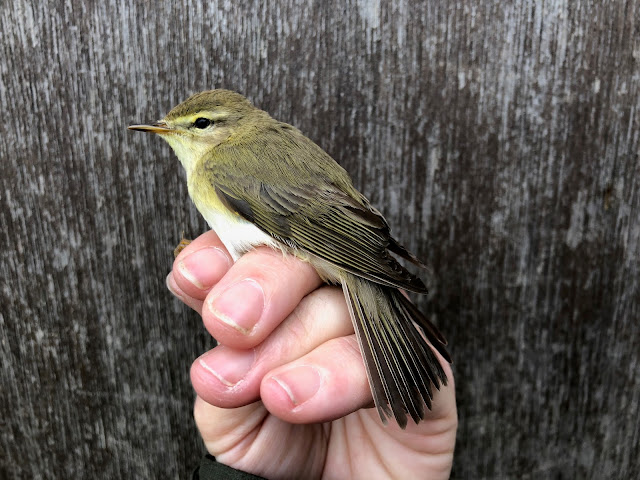 A single male Whitethroat was heard and then seen in the Old Obs garden and presumably the same bird was caught later in the SK trap. 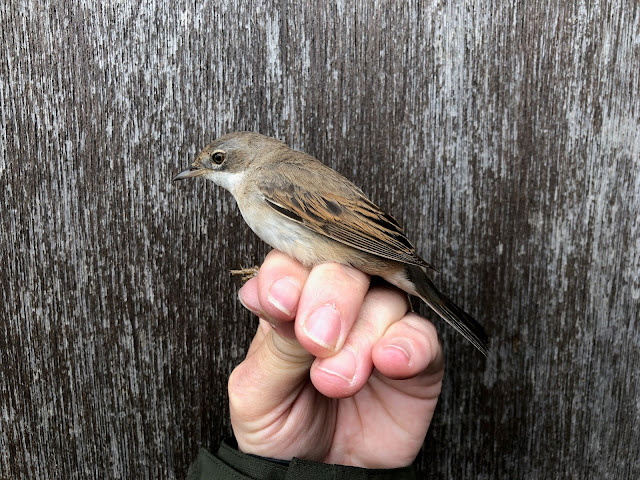 At around 10.15hrs the gulls could be heard making a commotion and it was clear when observers glanced towards the West Hoyle sandbank that a raptor was around as all of the gulls were in the air.  Very quickly our first Osprey of the year was found ahead of the gulls (occasionally being mobbed) as it headed high north out of the estuary between the island and Wales. 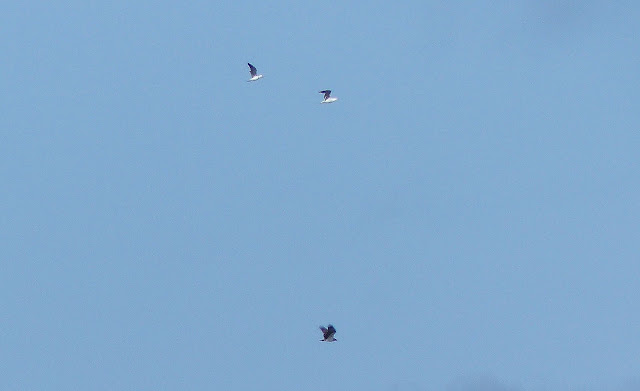 Visible migration was fairly slow with a single flava Wagtail overhead and 2 White Wagtails down at the North End.

Two Harbour Porpoises were found during the morning swimming off the West Side and perhaps the same two were noted during the afternoon tide.

Dunlin were in good number with 350 counted along with a single Sanderling and a Grey Plover in resplendent summer plumaged. 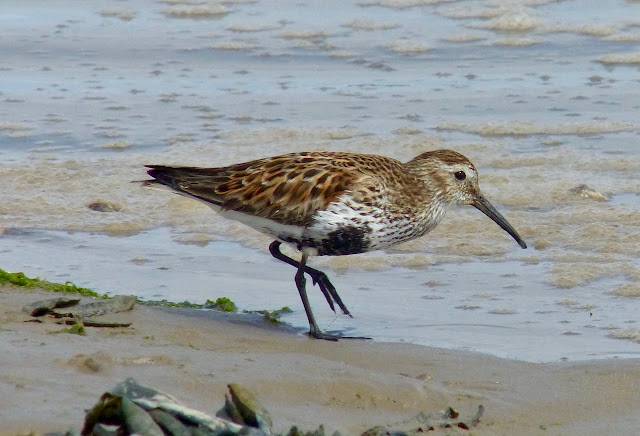 Seven Whimbrel were noted along with a single Curlew.  A Common Sandpiper was on top of the island just north of the 'Khyber Pass' before moving to the more traditional sea-weed covered rocks. 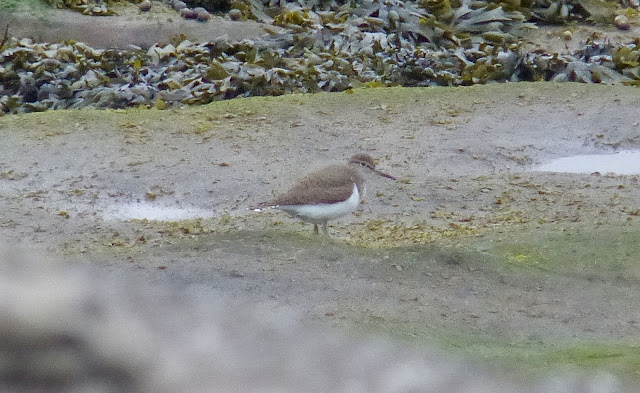 Terns were noticeable roosting on the West Hoyle sandbank and then later feeding during the high tide period and a single Manx Shearwater was found out to the west again in the mouth of the estuary despite the relatively calm conditions. The Blackthorn is now a splendid sight in full flower. 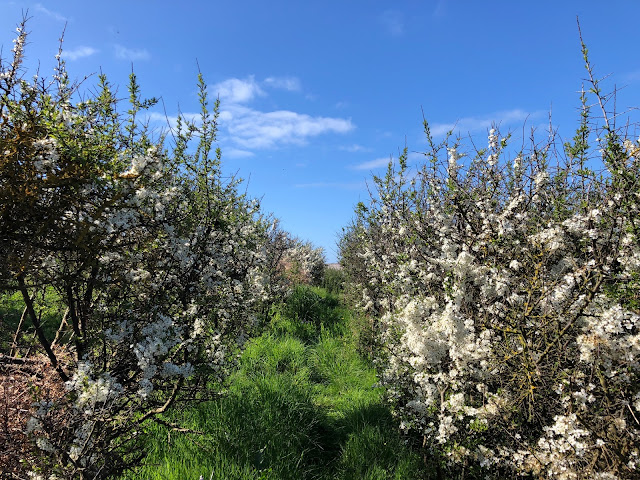 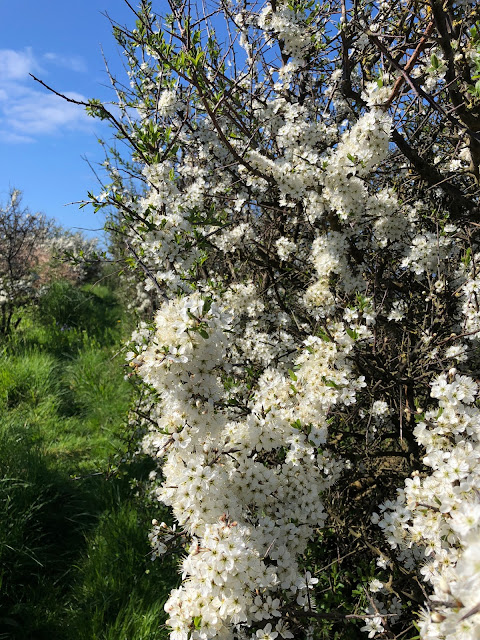