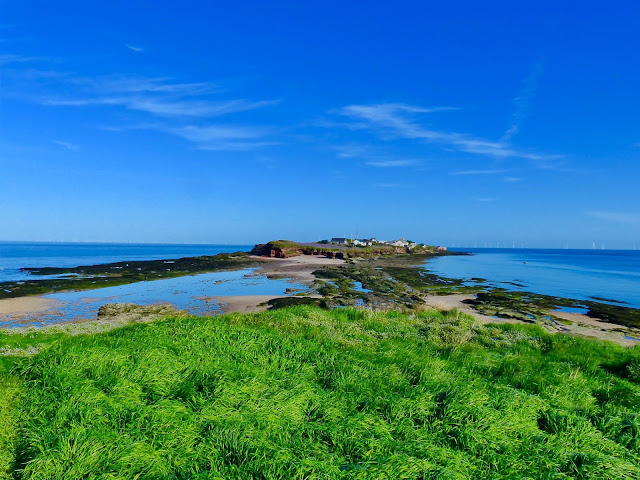 Much warmer and lighter winds than yesterday still failed to bring any more migrants and once again the sea became much of the focus. Among the records were 50 Gannets, 69 Guillemots, 5 Manx Shearwaters and 8 Great Crested Grebes. Four Wheatears were present, a male and 3 females and all the females were caught for ringing including one individual which was very fortunate as it arrived with a twig 9 cm long embedded in its side. It was removed without any injury being apparent and the bird seemed full of health. 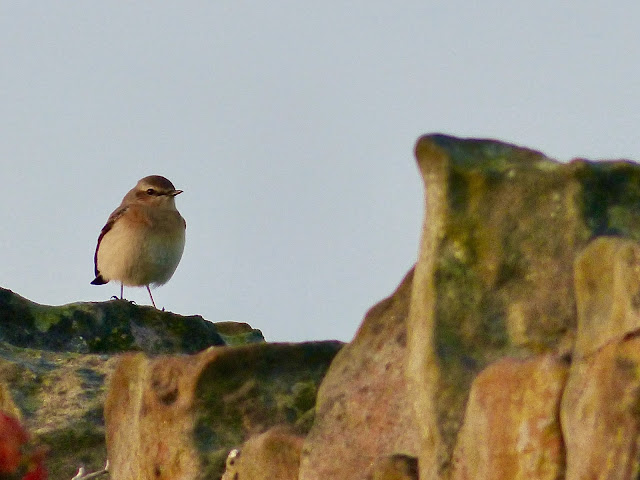 A Common Sandpiper was on early as were the now regular 2 immature Eiders and both Kestrel and Peregrine made an appearance. 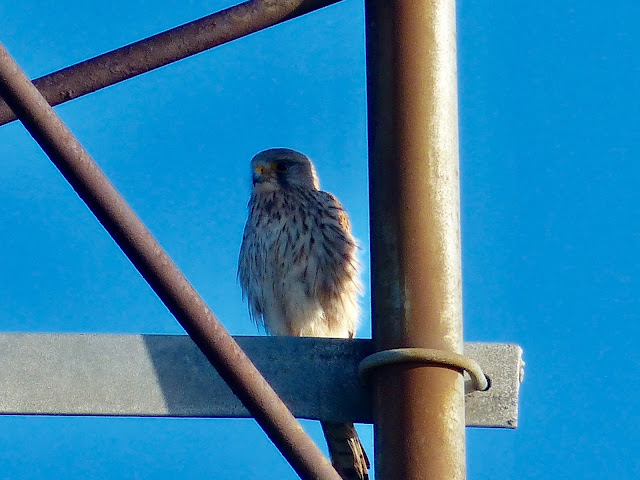 A hundred Dunlin and a few Ringed Plover were logged 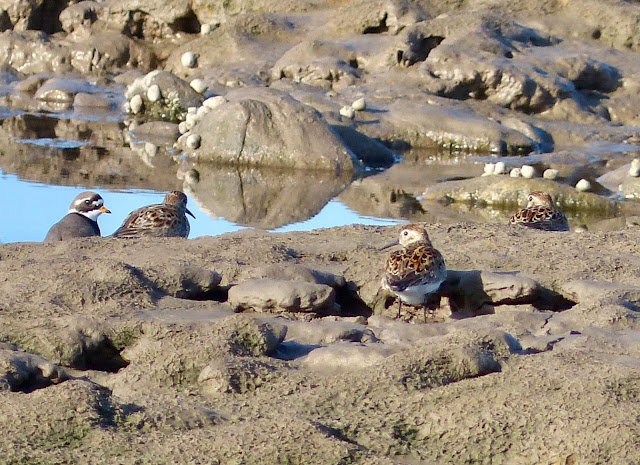 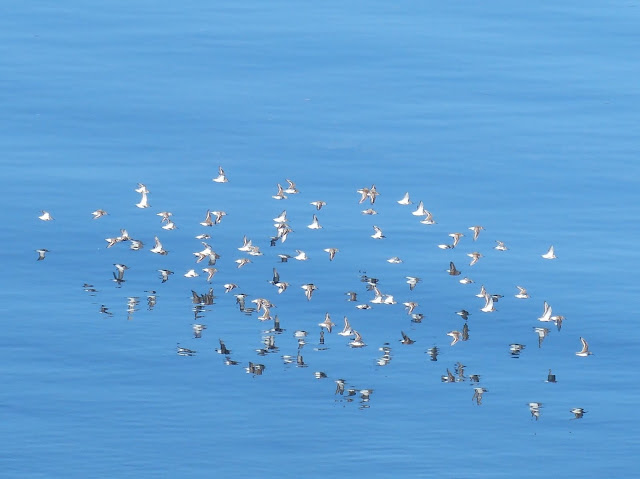 Six Whimbrel were present this morning. 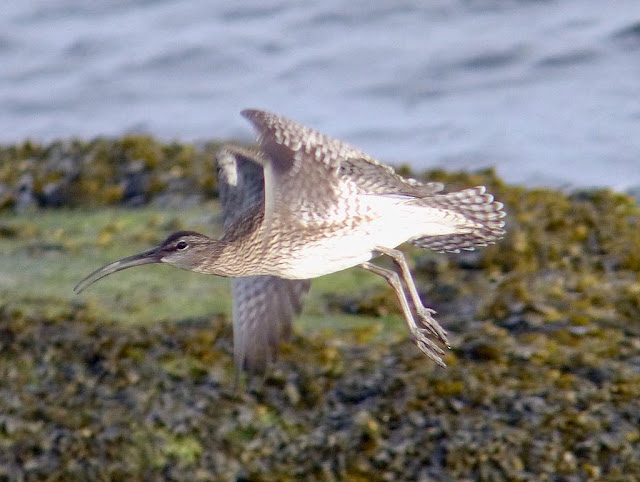 Two Willow Warblers arrived later in the morning and a Sand Martin and a Goldfinch passed through. 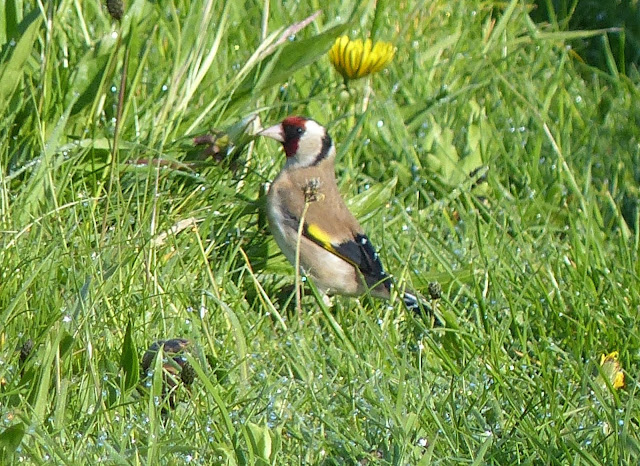