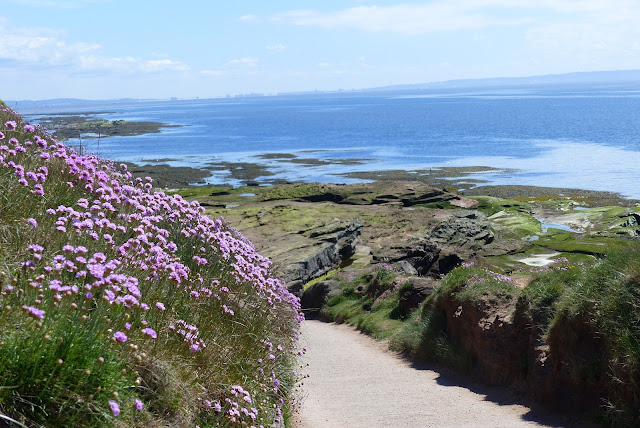 The twelve Mallard ducklings have survived the night, but were last seen heading off to an uncertain future across the sands towards Red Rocks this morning. The drake was resting in the sun before flying across to join them. 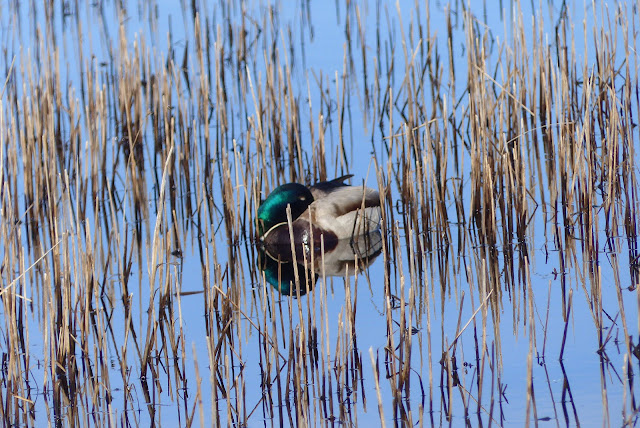 There are now male and female Eiders present in addition to the 2 immatures, new birds seem to be coming and going all the time. Migrants are few and far between in this light westerly, just a singing Chiffchaff, a Goldfinch, a Collared Dove and 2 Wheatears. 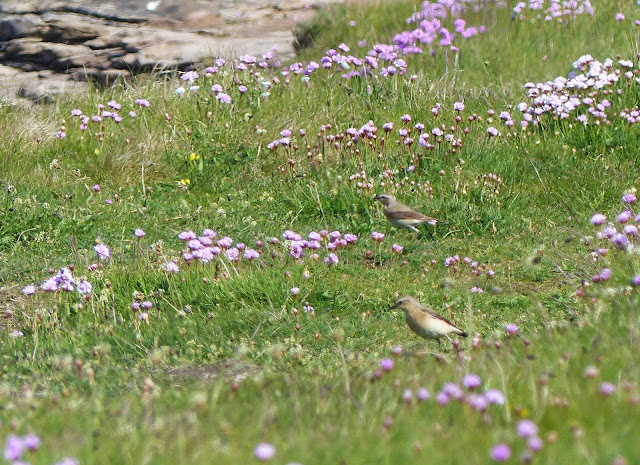 There were 11 Swallows about today, one of which flew into the obs briefly, not an unprecedented occurrence at Hilbre.
A sea watch produced 43 Gannets, 105 Guillemots, 4 Little Terns and 3 Harbour Porpoise, while round and about were also 3 Whimbrel, 3 Common Scoter, 14 Shelduck, 350 Dunlin and a small number of Ringed Plovers. 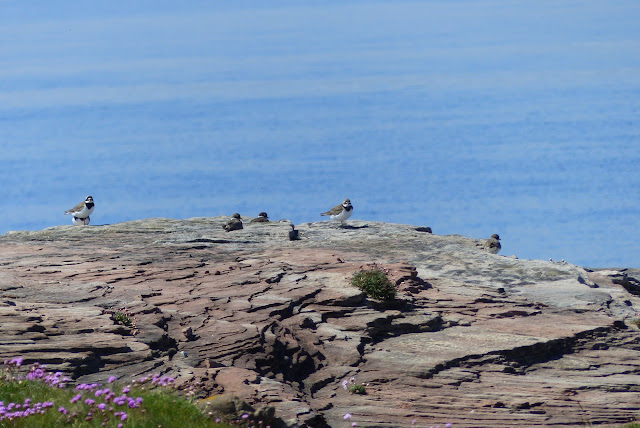 As the tide came in it brought large numbers of palm oil 'bergs' from the old wreck to surround the island. 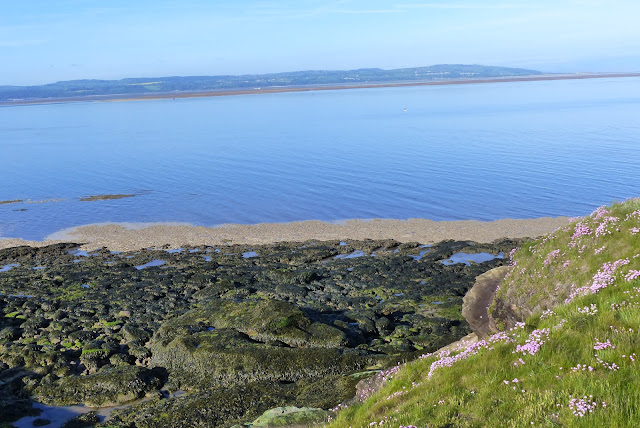 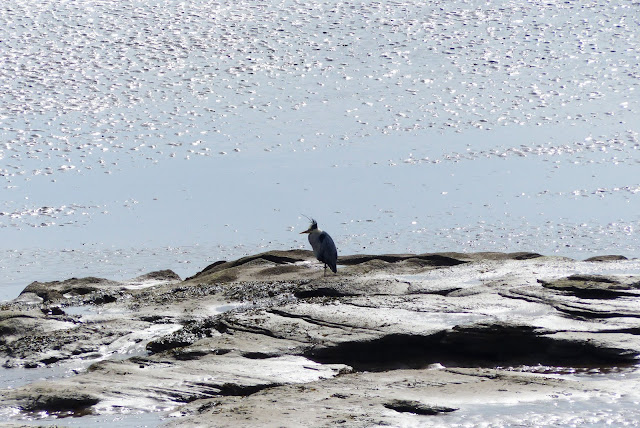