Weather: SE force 1/2, heavy mist
A Willow Warbler was trapped first thing and then continued singing throughout the morning in the paddocks, a late record of a male. A female Blackcap and a Reed Warbler ended up in the obs garden mist net before long. Reed Warbler is truly a very scarce bird here, there have been less than a dozen ever and is therefore rarer than Yellow-browed Warbler on the island!. 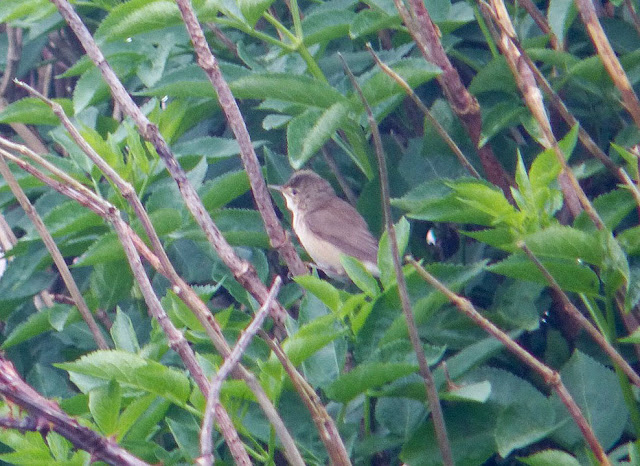 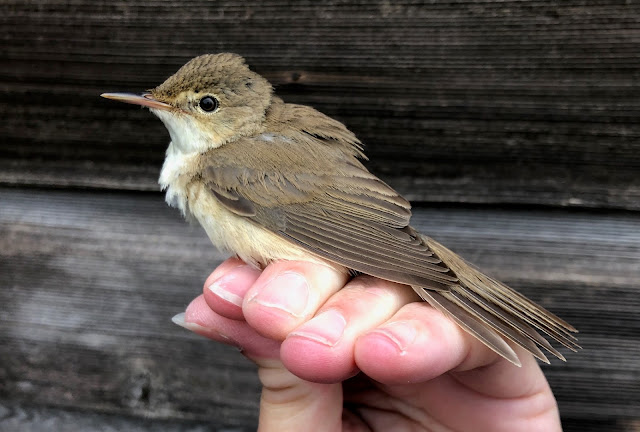 It's congener Sedge Warbler, often a companion in reeds was also caught a little later. 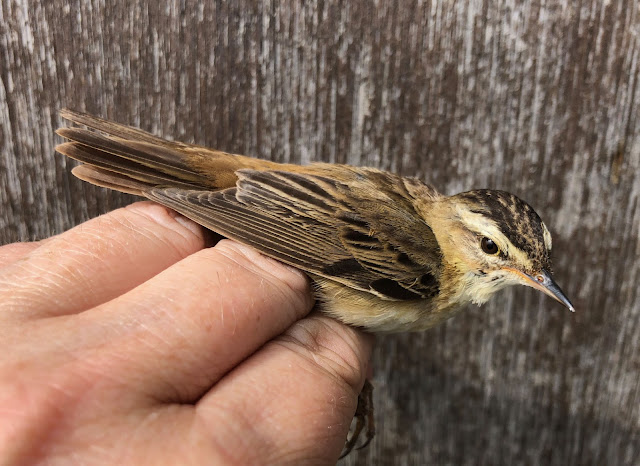 From early in the day Swifts were hawking over the island, not in large numbers but at least a dozen passed through before noon. 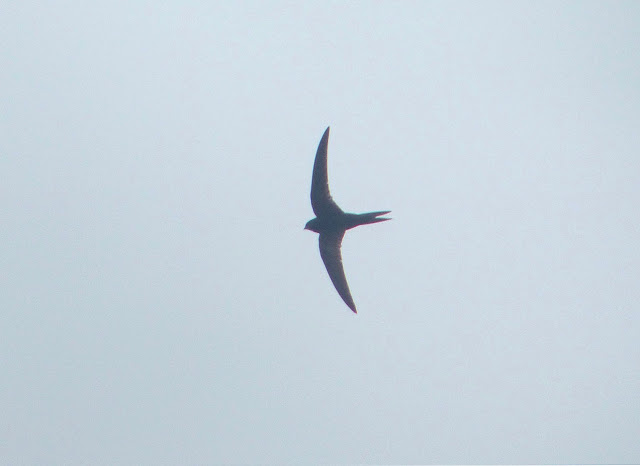 A Tree Pipit called overhead, as did a Redpoll, more late records for the last day of May, and just as unexpected was a male House Sparrow that flew constantly around the top end of the island and caused some consternation at first by the very white cheeked appearance of this individual in the sunshine. It is also an unusual Hilbre bird, but nowhere near so as Reed Warbler. 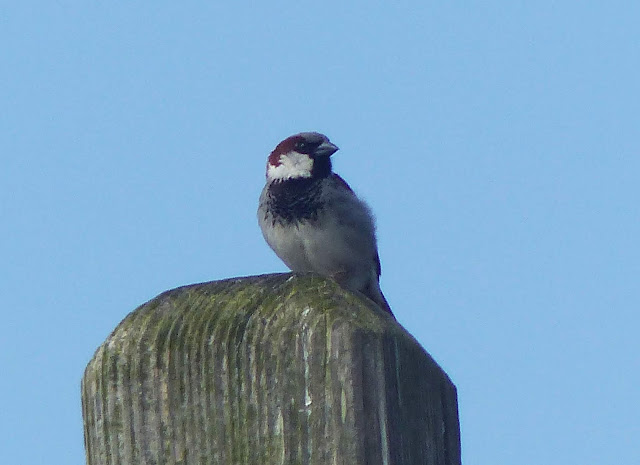 The 2 Eiders were today again on the whaleback and 4 Grey Herons and a Little Egret were present.
Just before the tide about 35 Canada Geese flew north between Little Eye and the West Kirby shore.
All in all, a good day for so late in spring.