Weather: ESE   with light airs vis 8 mls with a light mist around the estuary.


A short visit after the early morning tide found the islands as quiet as expected with 2 House Martin briefly joining the breeding swallows over the island, a Collared Dove landed on the S.K trap... 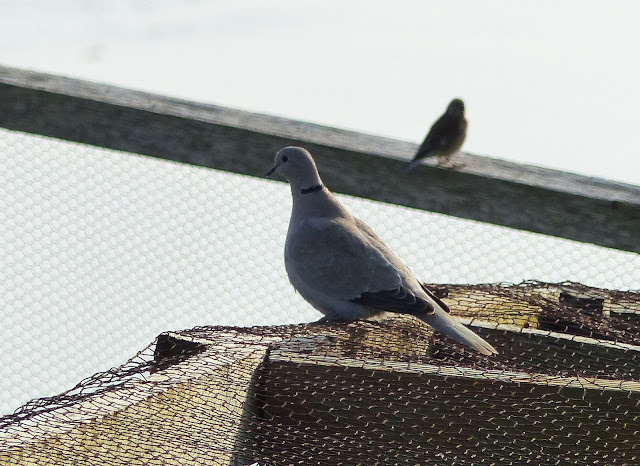 and 2 Jackdaw inspected every chimney pot on the island. 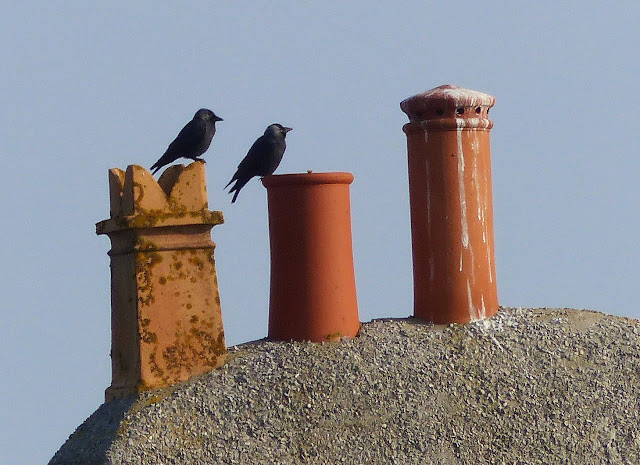 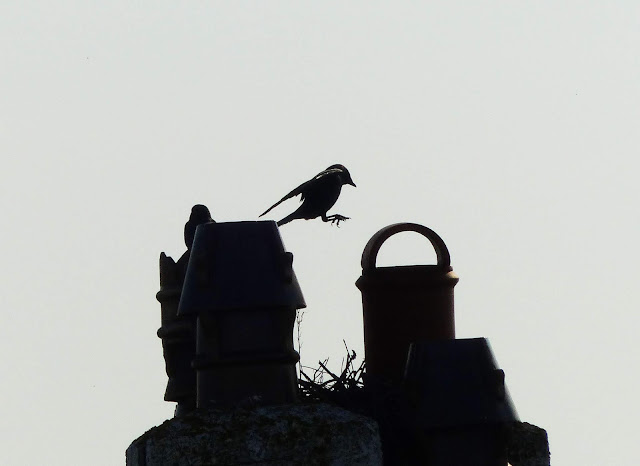 Two Goldfinch were present and it is suspected by some that they may be a breeding pair, time will tell… or not.
Six Little Egret were at the south end of the reef, (a better count than of late) and 2 Grey Heron were present. Two Shelduck were in the gutter but waders have almost disappeared with a small flock of 45 Dunlin and a few Oystercatcher about.
Terns numbered 2 Little, 40 Sandwich and 10 Common. The 2 Eider are still about along with 22 Gannet, 7 Great Crested Grebe and 2 Guillemot on the sea. 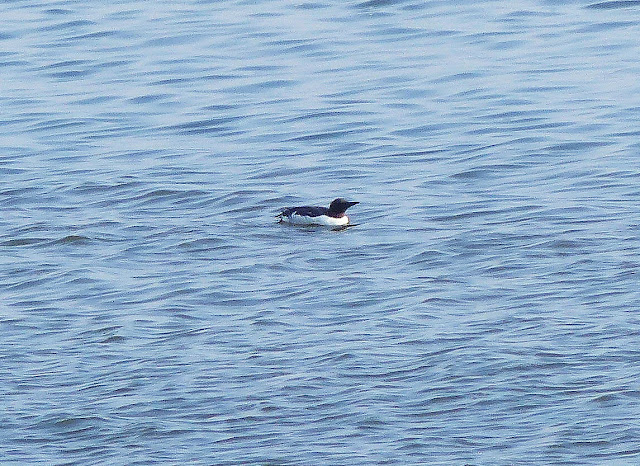 photos AS
Posted by Colin Jones at 17:07