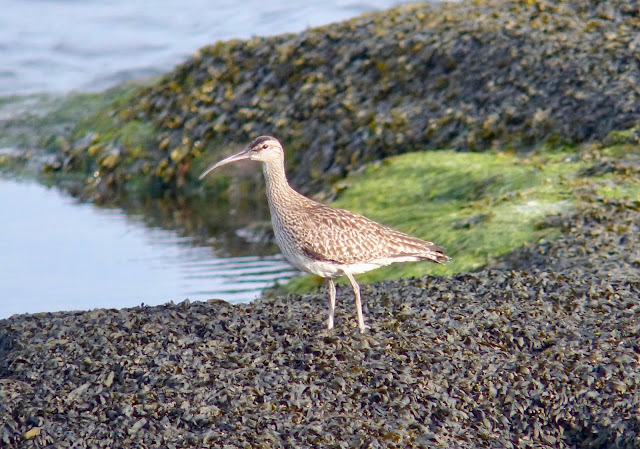 A very quiet morning on the island for observers staying over. Just a single Willow Warbler was caught and ringed during the morning although there were 5 Wheatears on, including one on Little Eye.

Sea-watching was again the order of the day with 28 Manx Shearwaters the highlight, plus 93 Common Scoter, 125 Gannet, 55 Common, 6 Little and an excellent count of 428 Sandwich Terns (including a couple roosting on the Whaleback with Oystercatchers) as well as an impressive 81 Guillemot and 2 Razorbill. 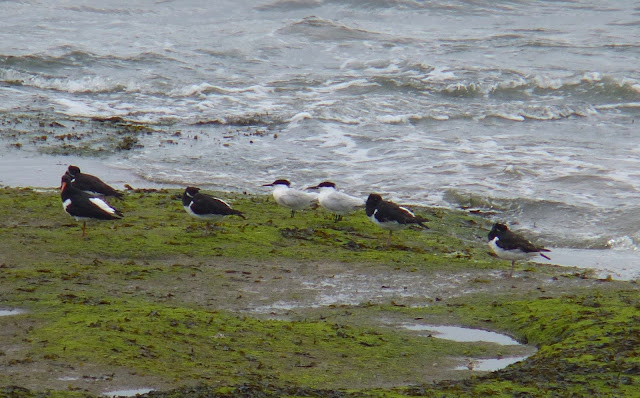 Two Greylag Geese flew over early on and the two immature drake Eiders remain around the island.

Waders were in evidence with 230 Dunlin, 8 Sanderling, 4 Ringed Plover, 7 Turnstone and 5 Whimbrel noted but the highlight of the day was a single flock of 92 summer plumaged Grey Plover which flew over the Obs and off high North (their wingbeats could be heard from some distance away); meanwhile 3 others were around the islands.
Posted by Hilbre Steve at 22:06