Weather: No wind first thing, then variable but light, warm and sunny
A clear sky almost guaranteed there would be less migrants this morning, and so it proved. A Whitethroat, a Wheatear, a couple of Willow Warblers and a Chiffchaff were the sum total apart from the 6 House Martins and a Sand Martin passing through. The Chiffchaff caused some puzzlement as in some ways it was atypical of the collybita subspecies we normally see and thoughts were given to a more exotic origin. Full biometrics were taken and enquiries are on going and time may tell. 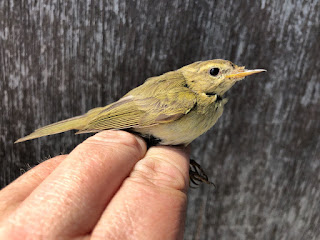 Two Yellow-legged Gulls were off the west side soon after dawn, an adult and a second summer. A Merlin was on the ridge south of Middle mid morning, an unusual time of year to be here. 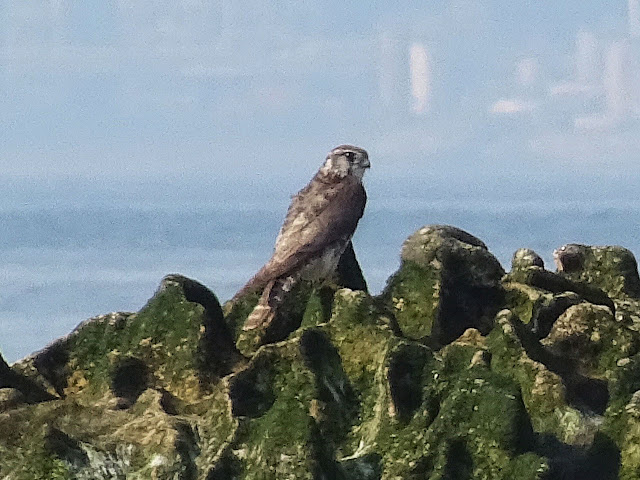 The same could be said of the 2 Eiders which seem out of place in the early summer sunshine.
A Woodpigeon flew towards Middle, odd ones have been present on may days recently. Waders still here included 120 Dunlin, 61 Sanderling, 3 Whimbrel and a Bar-tailed Godwit. A Fulmar flew passed the island and dozens of Gannets were feeding with the terns and 2 Harbour Porpoises swan up the west side. Another new moth species was identified today after the 3 yesterday, this time it glories in the name Blastobasis lacticolella 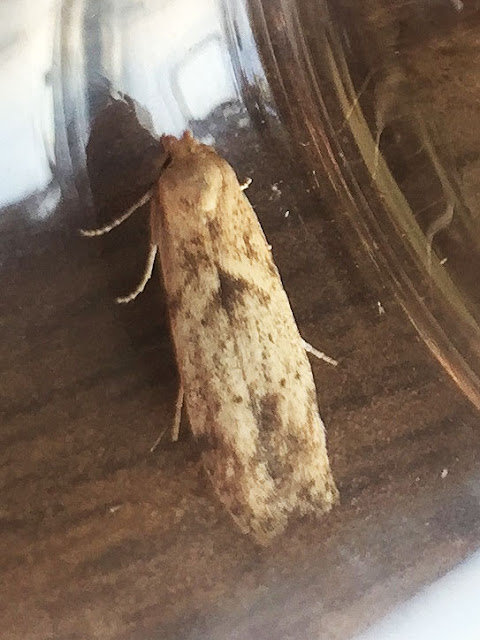