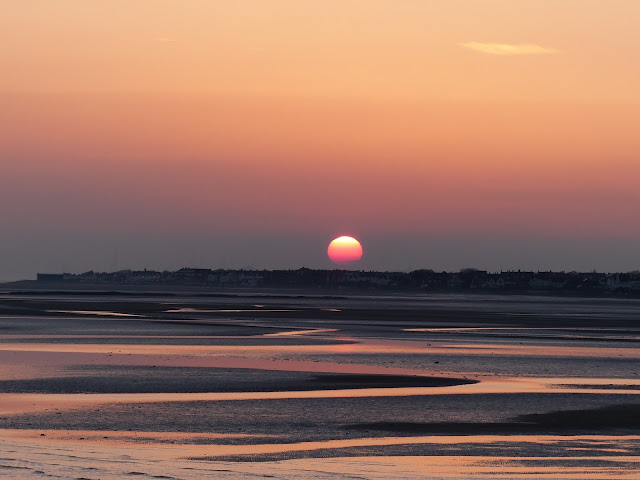 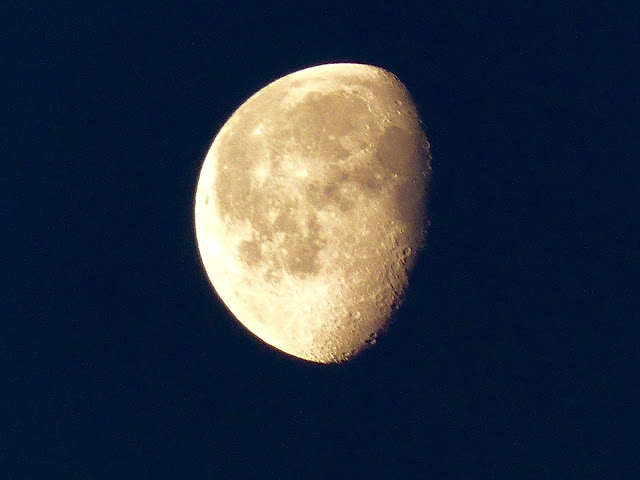 It soon became apparent at dawn that the clear overnight sky had prevented a fall of warblers as the first 2 rounds of the traps produced nothing at all, although a good find was Common Sandpiper showing briefly below Lady's cave. With the sun soon up the sea off the west side became a fruitful place to search producing the first Arctic Skua of the spring patrolling up and down the west hoyle and 2 Manx Shearwaters feeding in the Dee, also 60 Sandwich terns, 40 Common Terns and a single Little Tern, while the calm waters brought to notice 2 Harbour Porpoises in the same area as of previous days recently.
As the morning progressed 3 Wheatears were present and about 6 Willow Warblers arrived, a few Goldfinches and Redpolls passed through and a Yellow Wagtail and 2 Jackdaws called overhead. 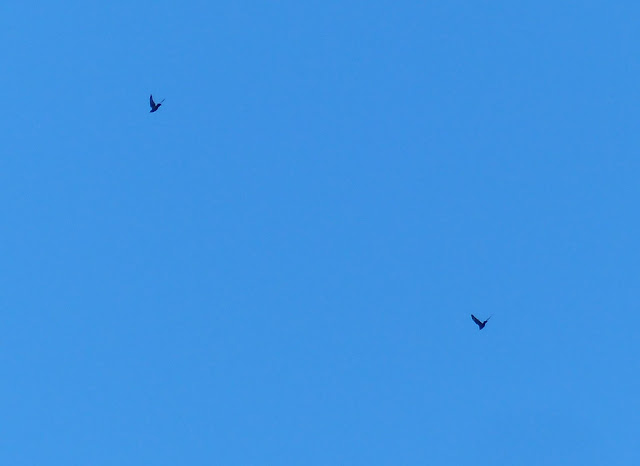 Five or 6 Swallows and 3 Sand Martins added to the local Swallows who now seem to be feeding well with more warmth bringing out the insects. 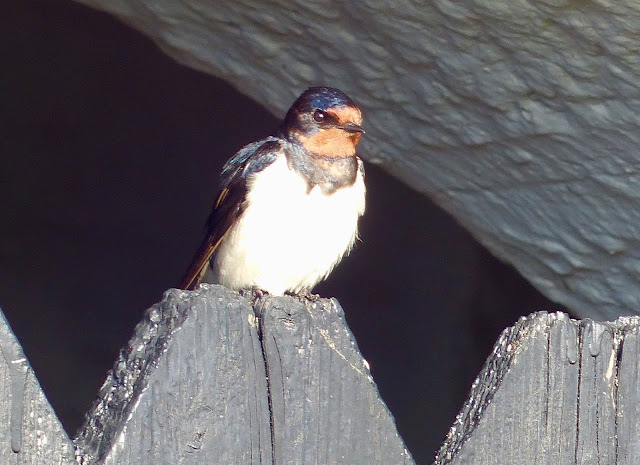 A thick blanket of fog rolled in from the west at 8.30 enveloping the island and making it disappear as seen from the mainland. Photos below taken at the same time. 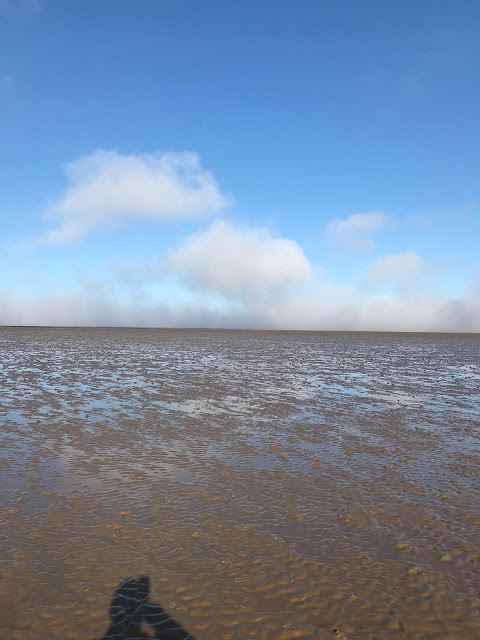 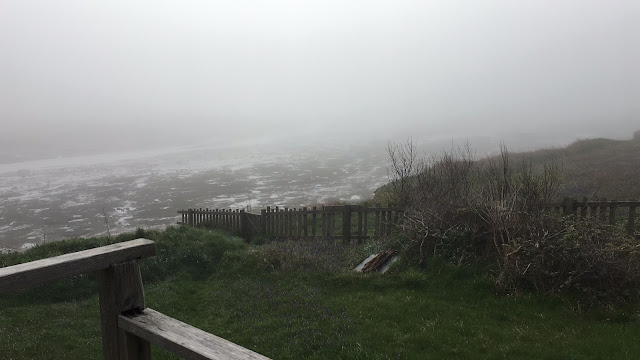 Later when the fog burnt off a Whitethroat was in the obs garden and a female Blackcap appeared in the mist net unseen.
Our old friends the 2 immature male Eiders stayed between the islands at low tide and 14 each Shelduck and Whimbrel were around and about. 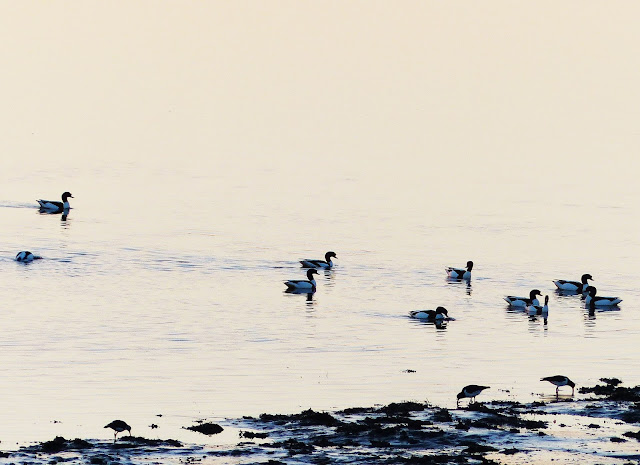