Weather: S force 0/1  clear sunny and warm
The Bluebells at the south end in the early morning light. 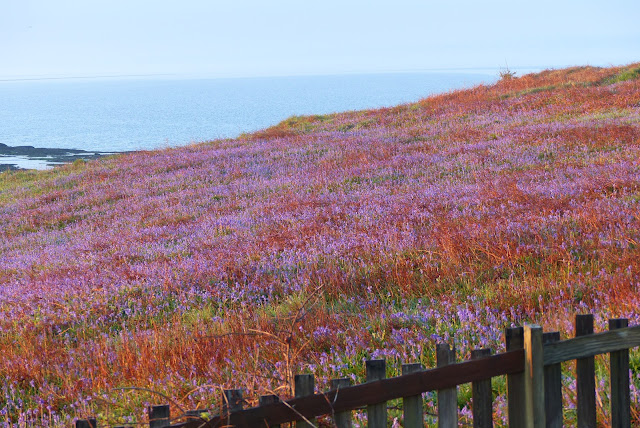 A beautiful morning but very little visible migration, passing over just single Siskin, White Wagtail and Sand Martin while on the ground 2 Willow Warblers, a Chiffchaff, and a Wheatear. Compensation for the lack of small warblers were 3 Whitethroats with one or two singing in the paddocks. 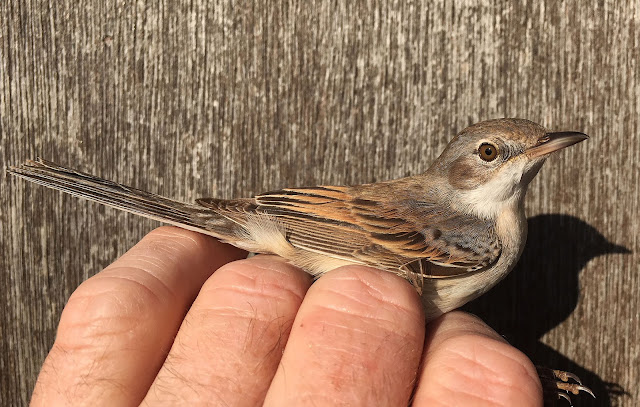 Bird of the day was a Short-eared Owl which appeared over the top of the island flying north mid-morning, its approach was unseen and possibly it had been resting here overnight. Strangely it was the first at Hilbre this year.
Once again the sea off the west side was most productive; 6 Manx Shearwaters dipped in and out of the water for some time, 6 Gannets, 6 Red-breasted Mergansers, 8 Great Crested Grebes also found the area attractive as did a Kittiwake and a Guillemot, while further out on the west hoyle 120 Sandwich, 50 Common and 14 Little Terns stayed at low tide with 120 Sanderling, although 250 Dunlin preferred the island rocks. 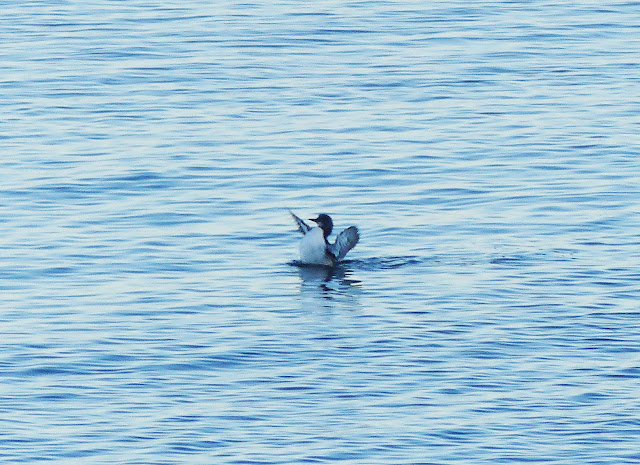 Non conventional 'migrants' at Hilbre included 4 Collared Doves and a Jackdaw calling overhead.
The 2 Eiders are still here and a surprise was a single Brent, possibly the same remaining bird that has not been recorded for 5 days; keeping them company were 10 Whimbrel and 11 Shelduck. The breeding Swallows are now showing well to visitors. 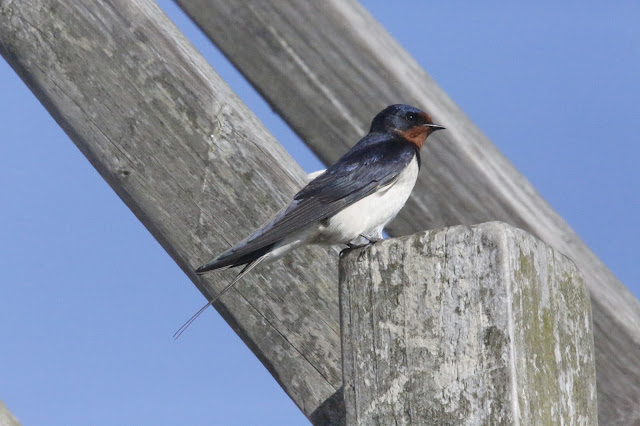