Two Willow Warblers were caught and ringed during the morning and a single Whitethroat was noted around the island during the day between the Obs garden and the Buoymasters House but evaded the heligoland traps and the Obs garden mist net.
A single adult male Linnet was caught and ringed which is noteworthy as it has been a good spring for Linnets but we would not expect to be still catching new birds at the end of May.
Two Shelduck were on Wheatear Hill at dawn - let’s hope like the Mallards they successfully manage to get their young off the islands before the fox intervenes. 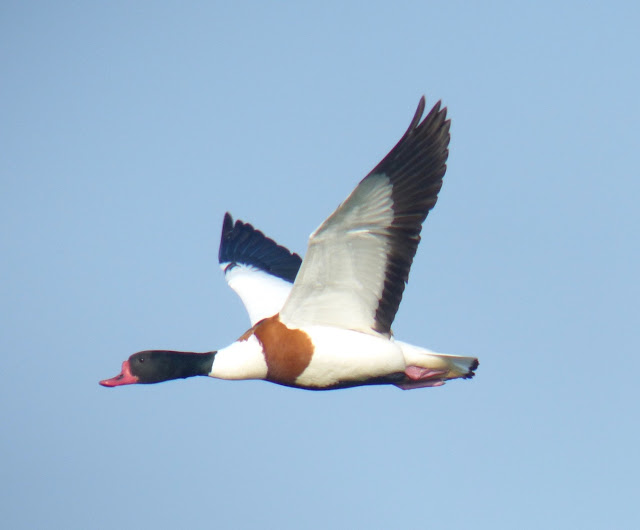 Insects were again prevalent with Common Blue (below), Painted Lady, Meadow Brown, Red Admiral and three species of white butterfly noted along with a Brimstone moth. 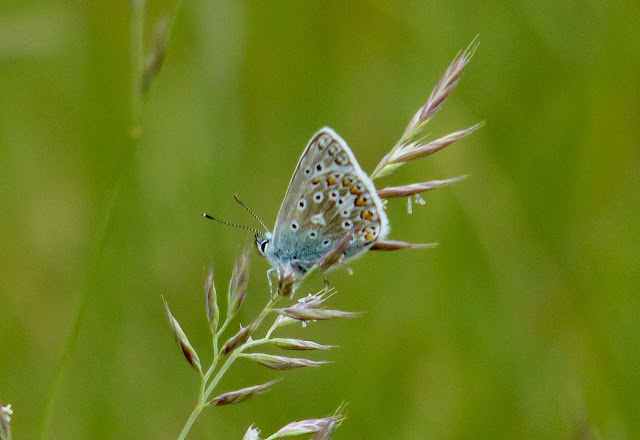 The overnight light trap produced a nice array of species including ‘the usual suspects’ at this time of year such as Marbled Coronet and Common Swift, and (shown below) Netted Pug, Willow Beauty, Flame Shoulder  to name a few and the junior team of ‘mothers’ diligently recorded them for the Obs. 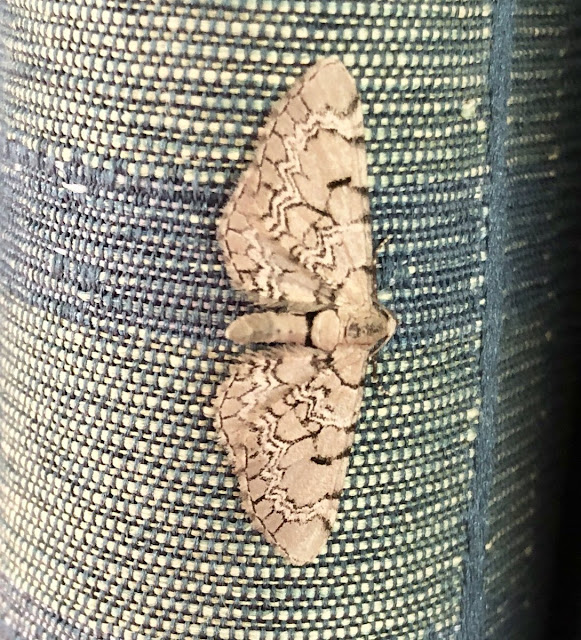 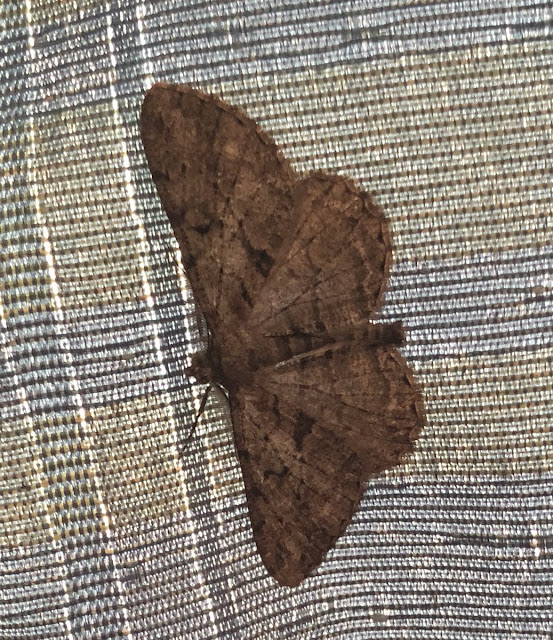 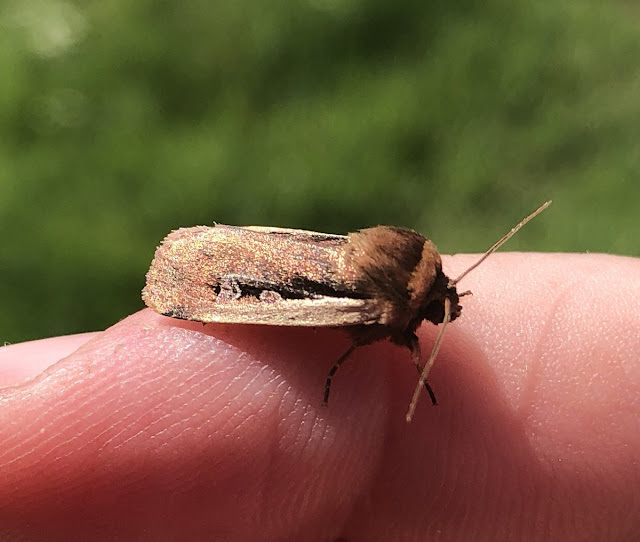