Weather: E   1   vis 5mls
A Blue Tit could be heard frequently but would not show itself, presumably yesterday’s bird. A single Wheatear was again present and two extra Swallows had joined the eight breeding birds on the island, both male and female Pied Wagtail were seen. 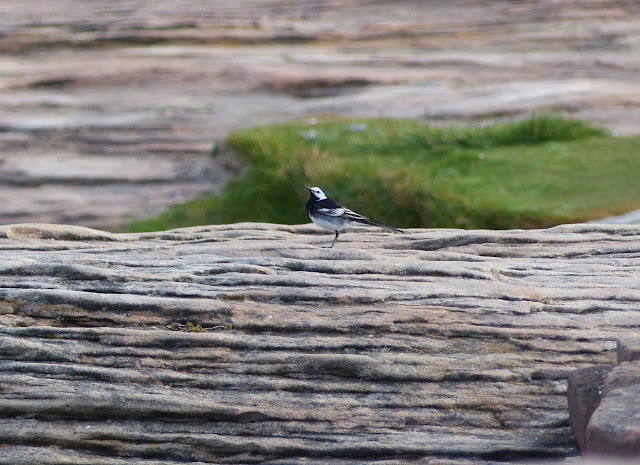 The 2 Eider were off the west side and 4 Shelduck flew over Middle. The sea was very quiet with only 8 Gannet and a couple each of Great Crested Grebe and Guillemot, although Sandwich Tern numbers had increased to 120 with a good number on the rocks in the lagoon as the tide ebbed. Common Tern numbered 35 with a couple feeding close to the west side 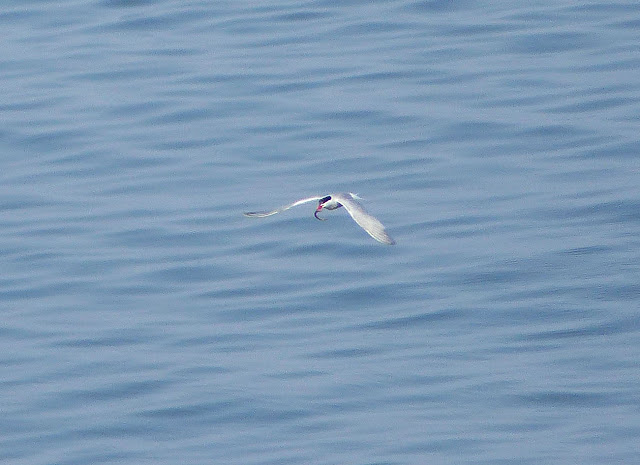 A small flock of 23 Dunlin roosted at the North End over tide along with 7 Turnstone, a couple of which were in summer plumage. 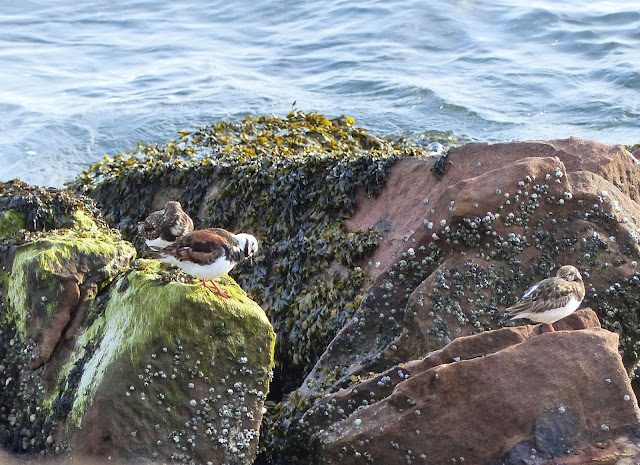 Three Whimbrel were also present. A Peregrine was on the sands between the islands and Red Rocks, 1 Little Egret and 3 Heron were feeding around the islands from first light. 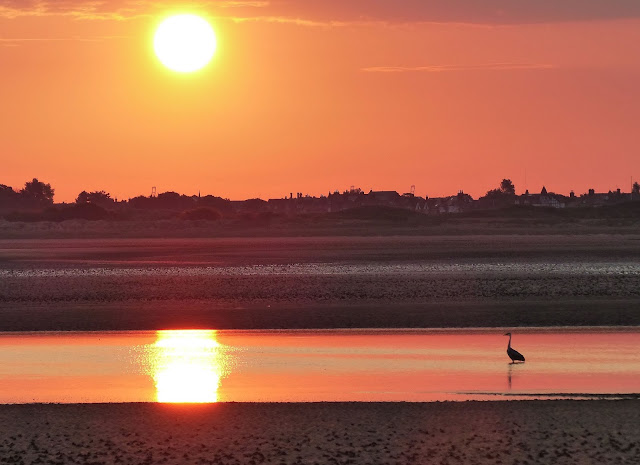 photos AS
Posted by Colin Jones at 21:57