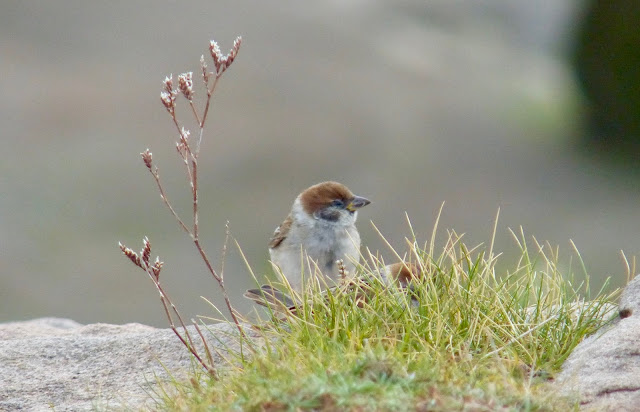 Observers followed the tide back late morning as the weather conditions remained unfavourable from yesterday.

However, a few migrants were noted with a pair of Swallows passing over the beach east of Little Eye and a nice fall of half a dozen Wheatears present around the fences and the air raid shelter. 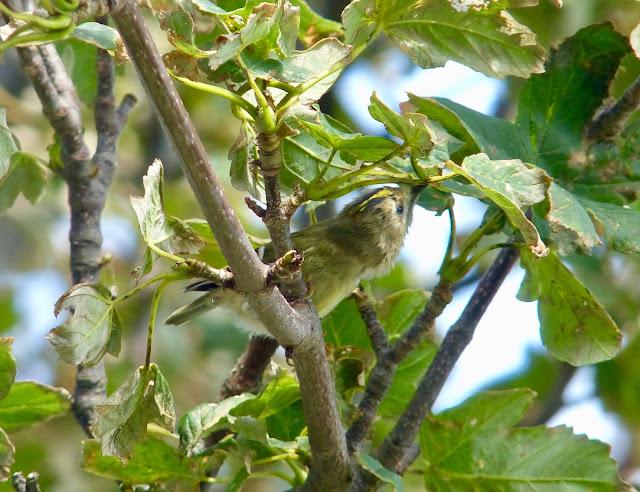 A couple of Goldcrests called from the Telegraph House gardens.  Three Robins, however, were likely birds that had arrived earlier in the autumn as was evident when one was retrapped having been ringed two weeks earlier. 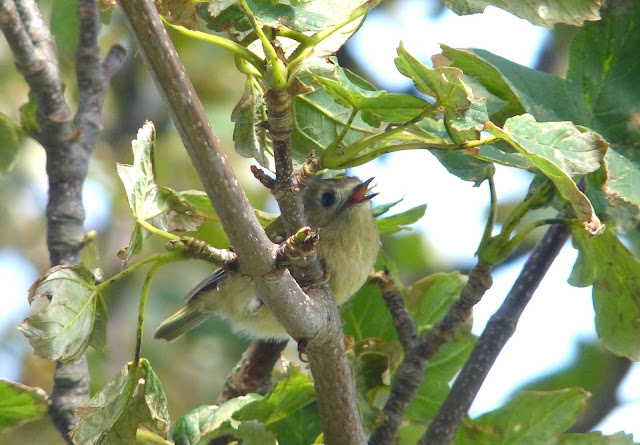 The highlight of the short visit today was undoubtedly two Tree Sparrows which landed briefly on ‘Shorelark Shelf’ and then ‘Buzzard Hill’ but were not seen subsequently. 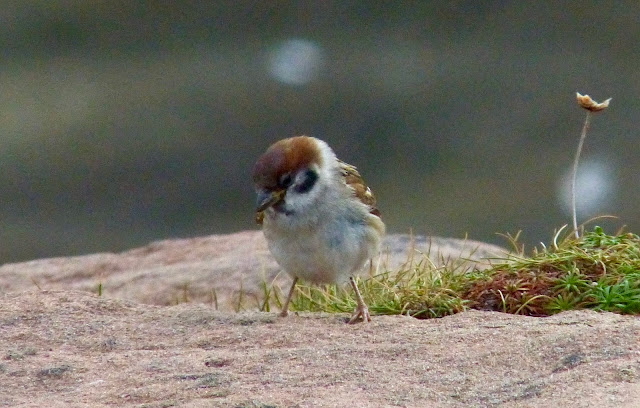 The Magpie remained around the east side.

Three Teal flew off the reef as observers left the island.
Posted by Hilbre Steve at 14:44