Weather: SW 4 with thick cloud and heavy rain.
Appaling weather conditions for much of the day led to a seawatch being the preferred option. Three red-throated Divers (below, record shot), 3 Gannets, 3 guillemots, 13 Great Crested Grebe and 320 Common Scoter were counted, along with a good count (for the time of year) of 28 Sandwich Terns, However there was no sign of the Brent Geese over the tide at either end of the island. 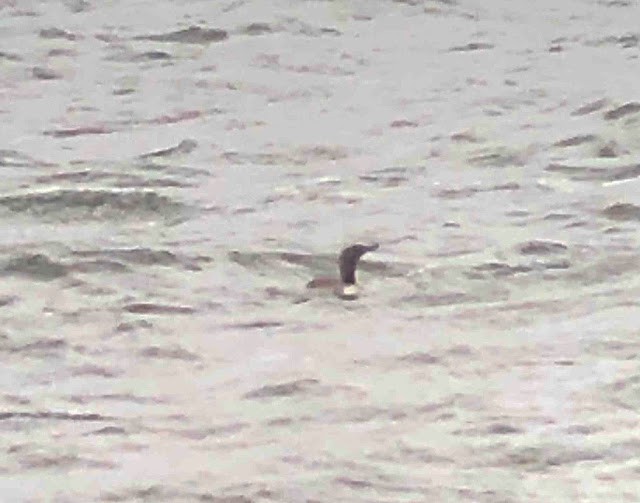 Wader numbers continue to build with 5,000 Oystercatchers roosting on Middle, as were 5 Little Egrets. Two harbour Porpoises enlivened the seawatch as they swam past the north end.
Unsurprisingly, considering the conditions passerines were in short supply but single Rock Pipoits were noted at the north end of both Middle and the main island.
A Goldcrest on the rocks by the seawatching hide was possibly new in but 2 Chiffchaffs in the obs garden bioth sported rings so presumably have been on the island for a few days fattening up before moving south. A Wheatear was the only other migrant braving the weather. 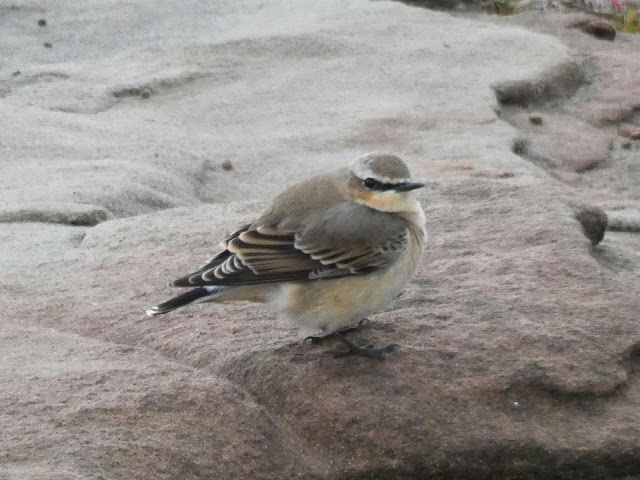