It was a stunning morning on the island and despite the vast visibility a few migrants arrived to provide what felt like the first decent arrival of passerines for some time.  The main feature, unsurprisingly given the weather conditions, were Wheatears with a nice arrival including six together in the ‘construction site’ area. 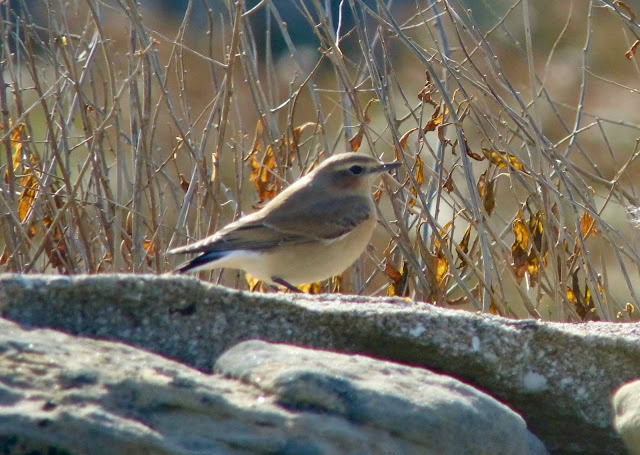 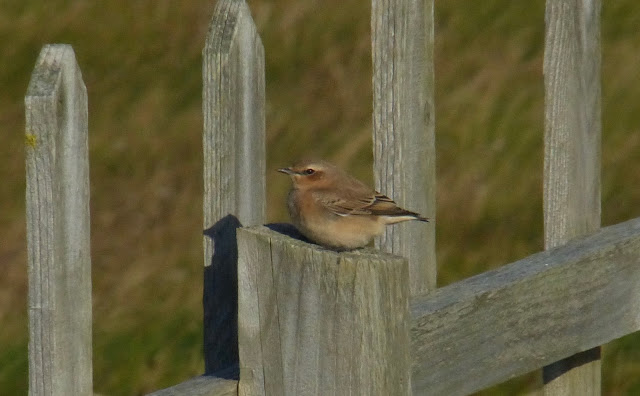 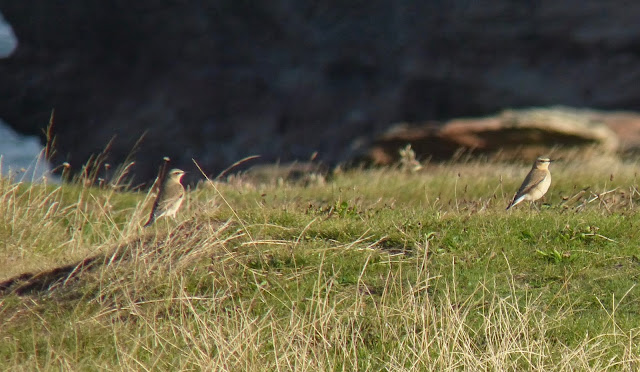 The visibility was that good that you could see the Cumbrian mountain tops to the North (see below).

Meanwhile, a Curlew flew over the North End calling continuously. 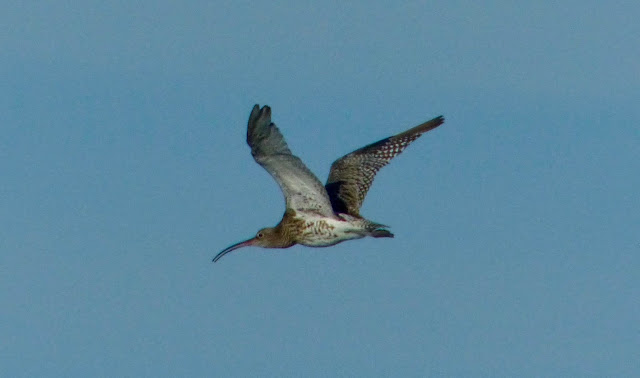 A Shag joined the recent Cormorant roost at the North End and made for a good comparison between the species. 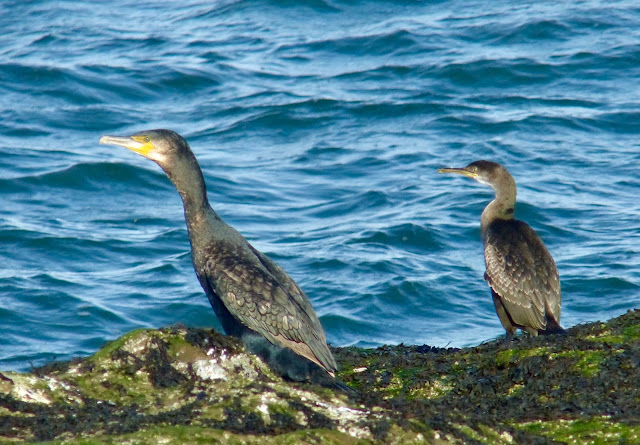 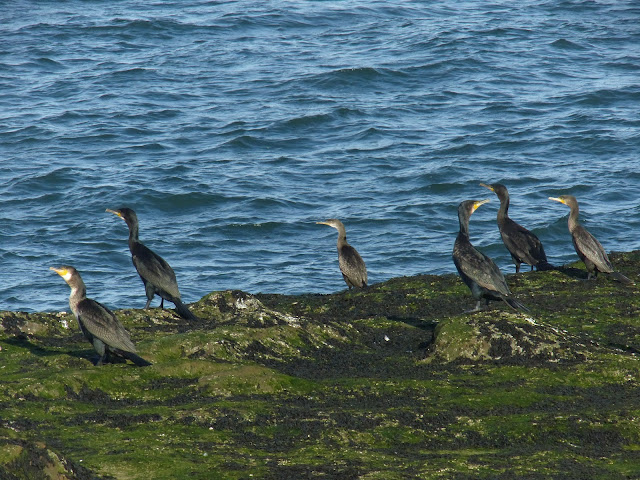 A couple of Goldcrests called from the garden bushes with another in the SK paddock giving the morning a definite September feel.

A single Robin was caught and ringed, whilst the now seemingly resident Magpie was a little more showy than of late choosing to sit on top of the Telegraph House chimney.  The local Crows seemed to take no notice whatsoever.  When you want them to act they don’t! 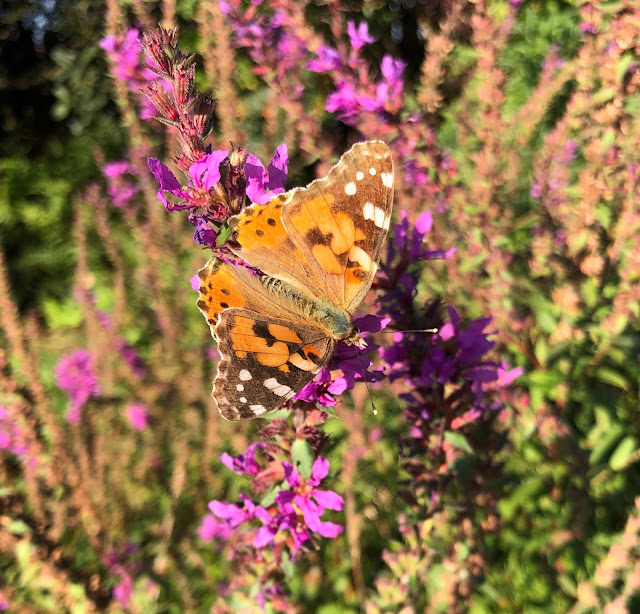 With the sun shining there were more butterflies with a couple of Painted Ladies in the old Obs garden the highlight. 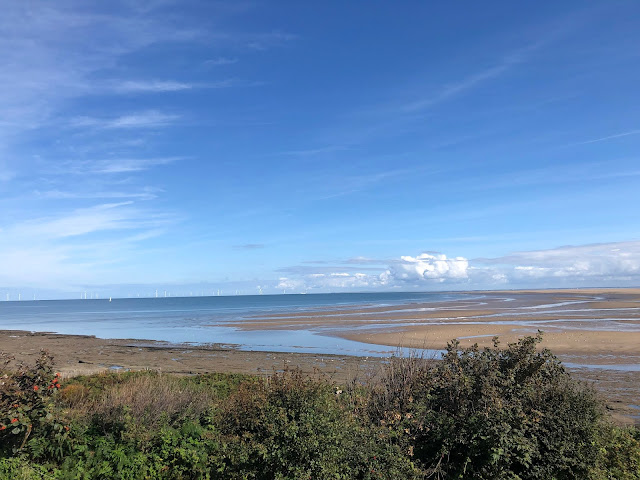