Conditions felt good this morning and observers were not surprised to hear Robins calling (one new bird caught on the first round), Chiffchaff and Goldcrest calling from the blackthorn pre-dawn.
A Stonechat appeared by Wheatear wall and then the fence of the construction site before moving to the Old Obs garden but then promptly disappeared as quickly as it had appeared! 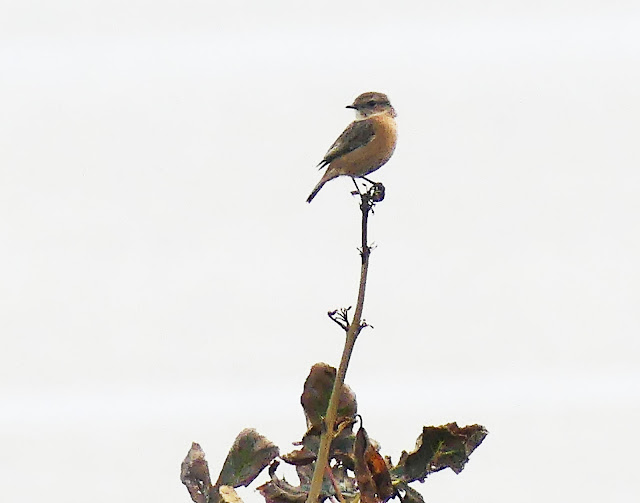 A few Meadow Pipits moved through and severs Grey and Pied Wagtails were noted (including within the construction site area) along with a couple of Skylarks heard passing over.  As the day warmed up a few hirundines were counted with Swallows unsurprisingly the predominant species but more of a surprise were 8 Sand Martins (quite late for us here). 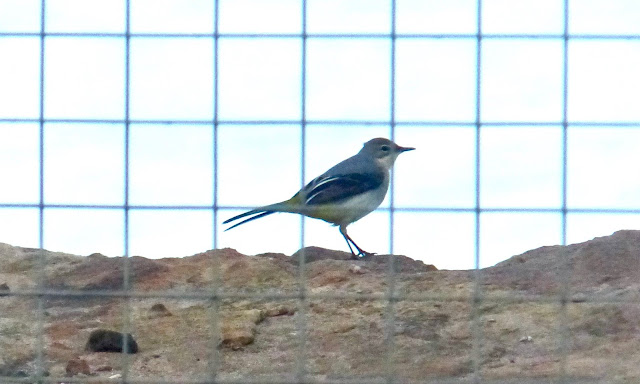 A male Blackcap appeared in the Obs mist net mid morning and a single Goldcrest was caught in the Old Obs net. 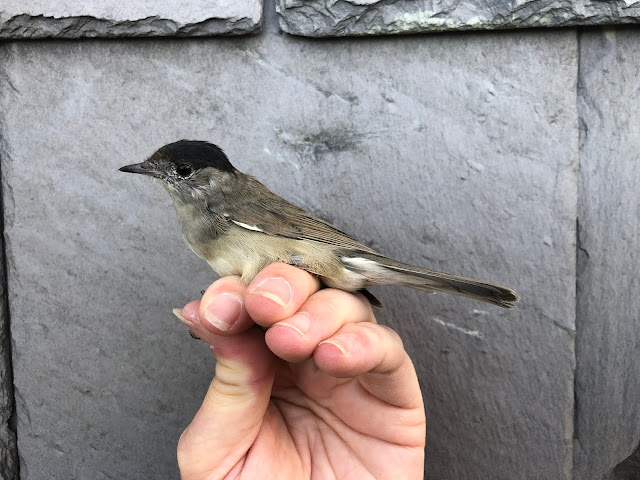 The Pale-bellied Brent Geese flock had increased to 18 birds and therefore yesterday's solitary bird was almost certainly new.  Meanwhile the Dark-bellied Brent spent much of its time on its own including as the tide flooded on the north end of Middle.

The Stonechat reappeared late afternoon at the South End having presumably spent the tide on Midde before being disturbed from their by visitors as the tide ebbed. 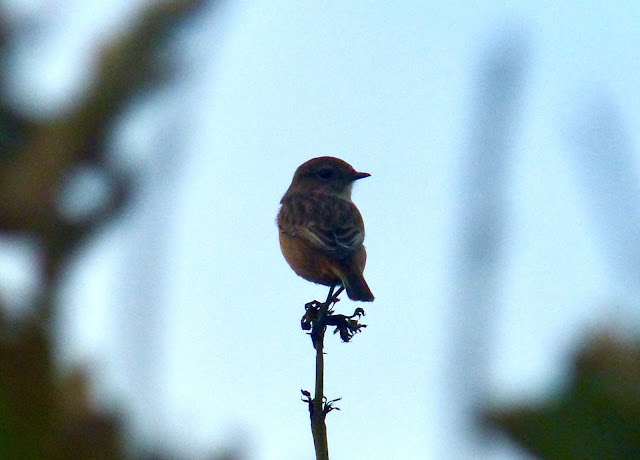 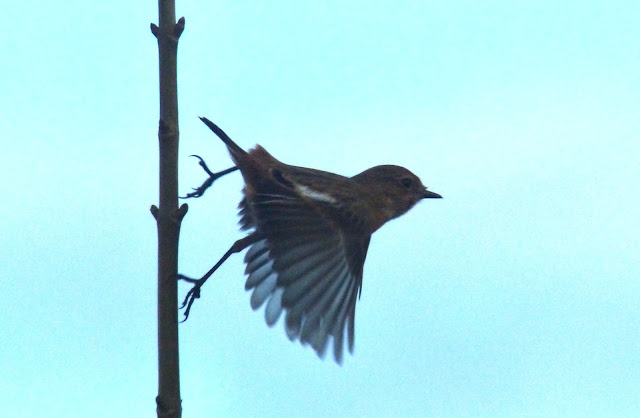 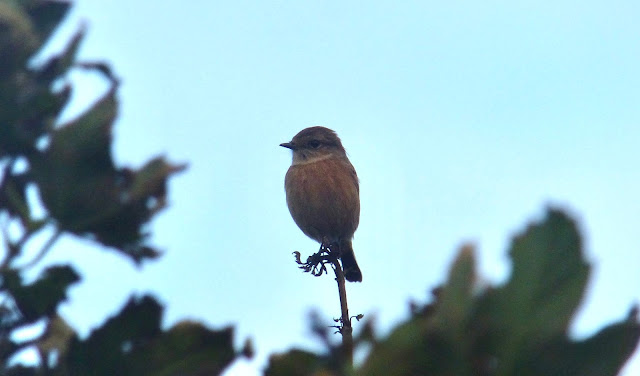 Butterflies were less numerous than recently but the first Speckled Wood of the autumn was found in the Obs garden. 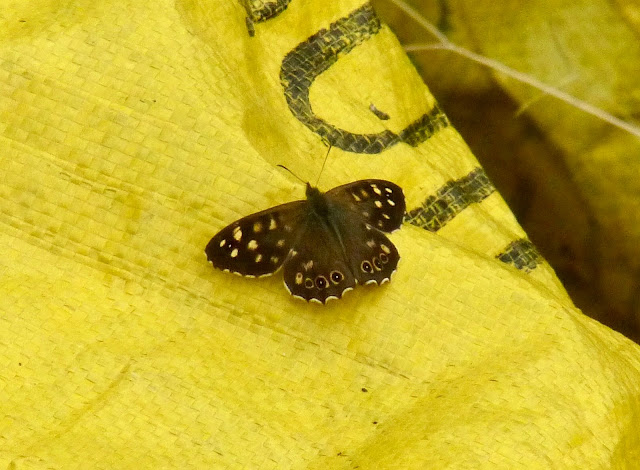 The Kestrel at one stage took a rest from catching voles. 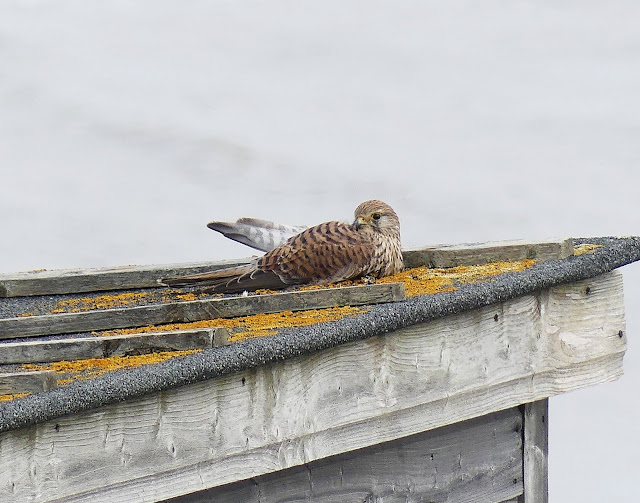 Nine Little Egrets were counted this morning and 7 of them rested south of Middle on the flood tide. 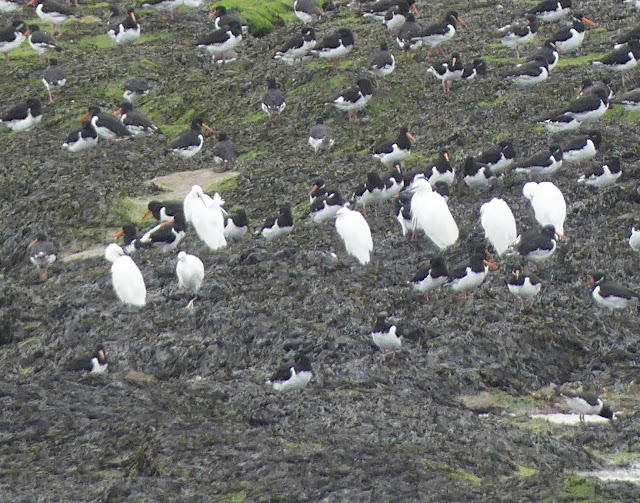