A quiet start to the day with 'heavy' overhead cloud cover and intermittent rain showers. A male Eider flew south and between the islands early on and a single Wigeon was on the high tide edge by Middle.

Three Pale-bellied Brent Geese roosted between the main islands over the high tide before moving to the 'Whaleback' at the North End of Hilbre to feed on the ebbing tide.

An immature female Peregrine was present by Little Eye, then on the Reef and later it caught a Bar-tailed Godwit near the gutter. 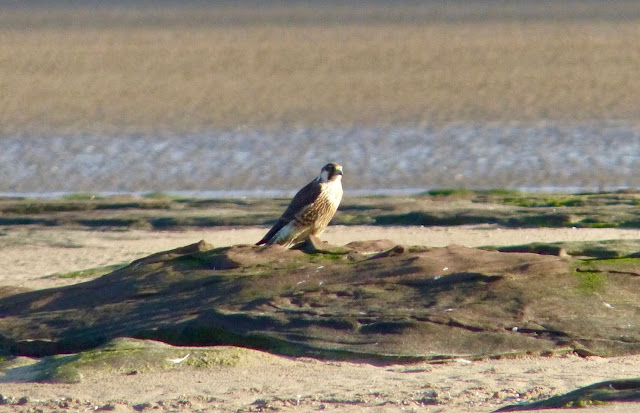 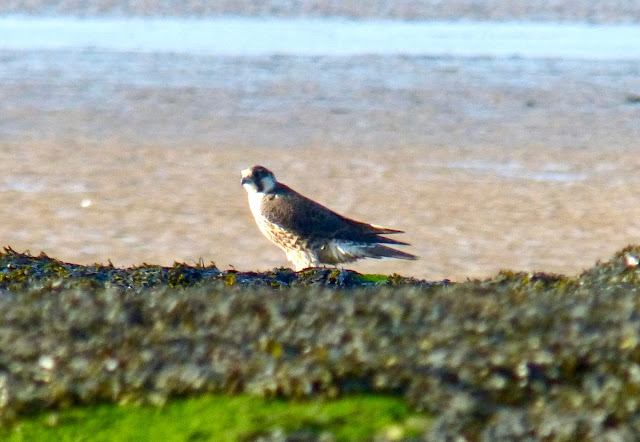 Up to six Little Egrets fed around the ebbing tide. 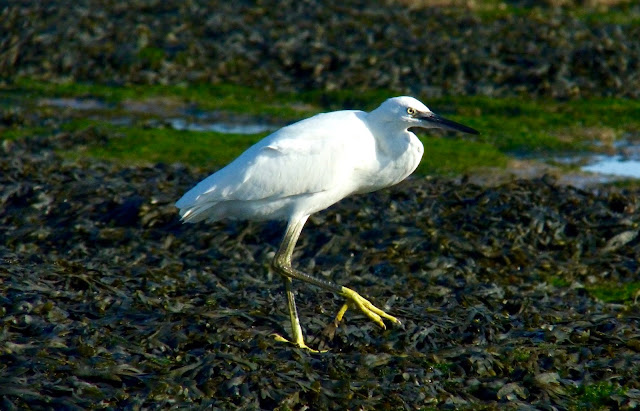 Just south of Middle a female/immature Goosander was found feeding before flying off south. 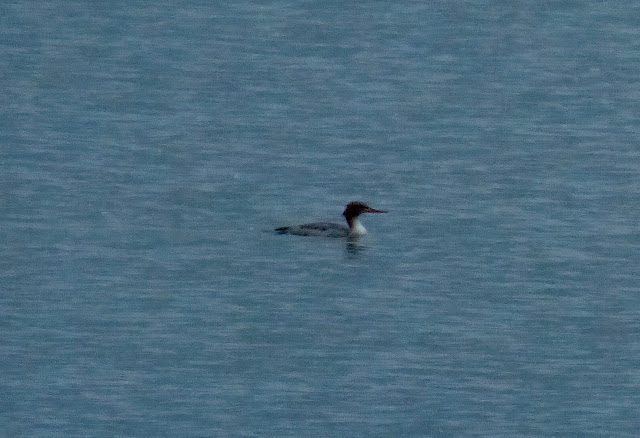 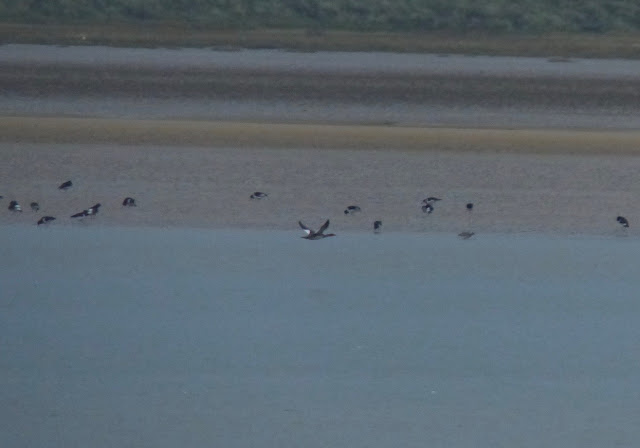 Meanwhile on the island a single Grey Wagtail flew over and a few Meadow Pipits were moving between rain showers and the wind had dropped and up to six Chiffchaffs were flycatching in the gardens and paddocks. 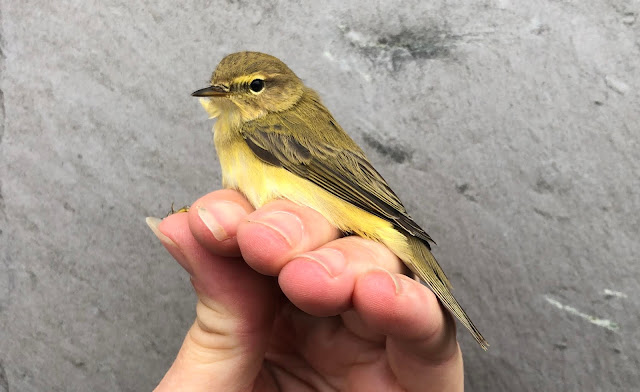