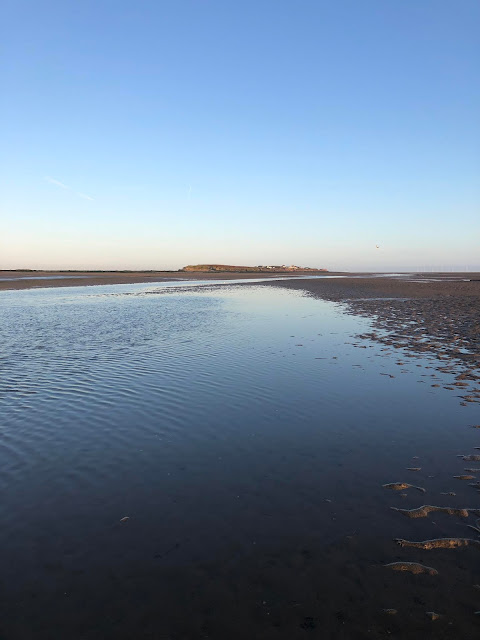 With such a bright sky, moderate visibility and the wind just west of south observers could have been forgiven for thinking today would be a wipe out for migrants.  However, the very light breeze backed SSE for a short time and there were a couple of Chiffchaff, 4 Goldcrests and more Robins (including another caught and ringed). 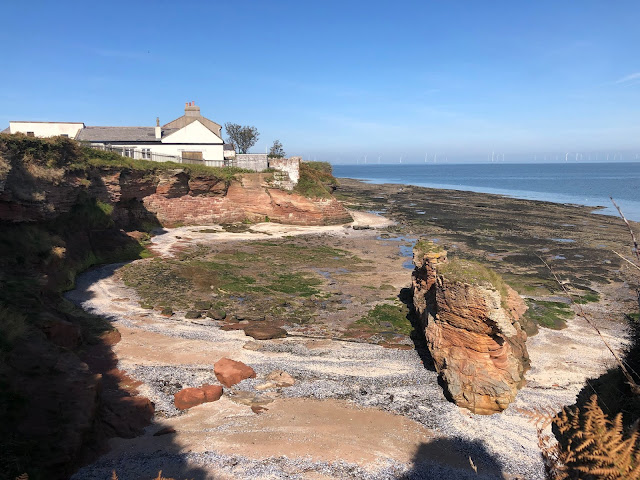 Visible migration was also in evidence with 5 Grey Wagtails passing over along with single Skylark on Middle and another ‘in off’ at the North End.  Another Sparrowhawk was seen hunting the east side and a Golden Plover was heard calling. 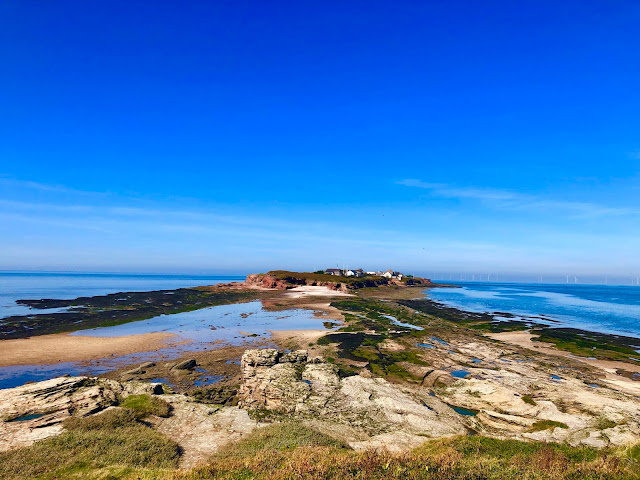 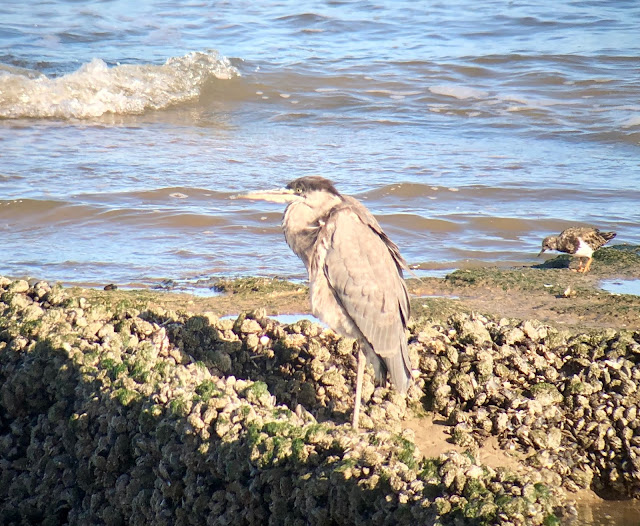 Eleven pale-bellied Brent Geese were present early on at the North End but this flock promptly disappeared and a mixed pair was then present on the whaleback (a single each pale and dark-bellied) along with two Shags and two Grey Herons (see above).

Things seemed to go quiet as the day started to warm up until a mid morning round of the traps produced a female Blackcap and a Garden Warbler in the Newton heligoland.  The latter had a fat score of 40 and had clearly been gorging itself on the many blackberries ok the island and may well have been present some time.  It became the first Garden Warbler to be ringed this autumn (see photo at top of blog). 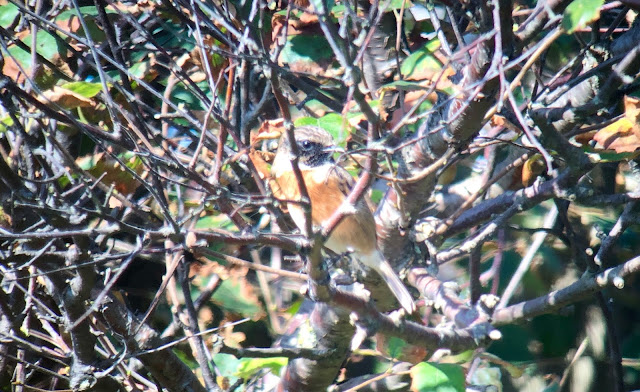 A Stonechat appeared at the south end and was initially assumed to be the same bird as yesterday, however, better views showed that this was clearly a different bird. 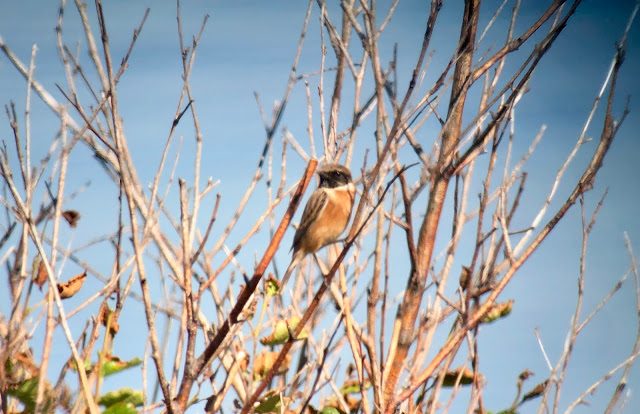 As the tide flooded up to 14 Little Egreets could be found roosting on the reef south of middle Middle or feeding on the tide edge.  It was a stunning day on the islands and felt more Mediterranean than Irish Sea. 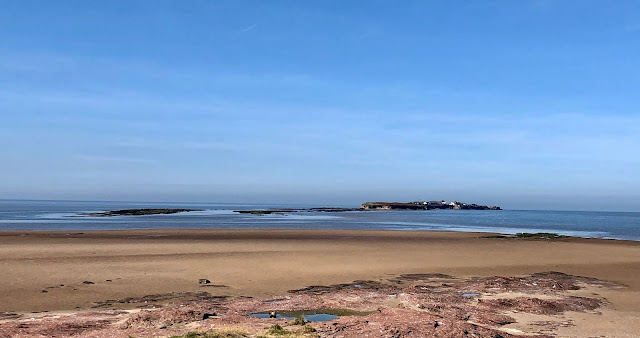