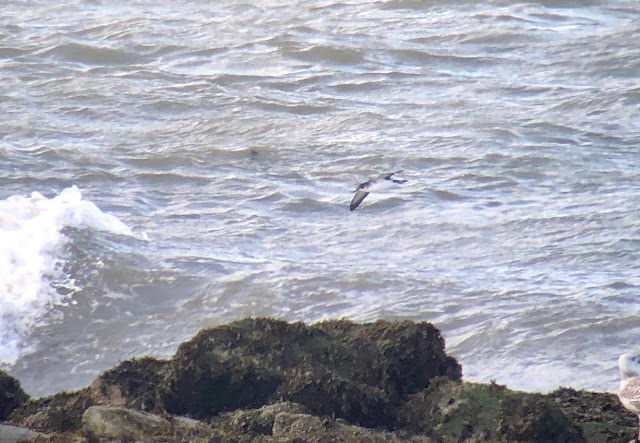 The wind had increased to force six west by lunchtime and the tide produced a reasonable seawatch considering that the wind was not that strong and had not been blowing for long. 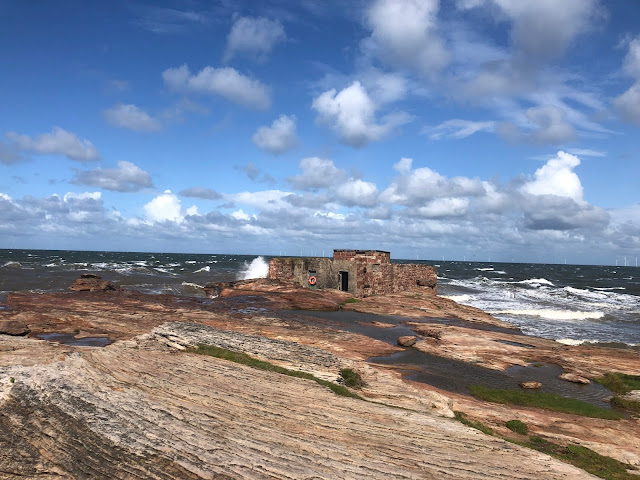 The highlights were undoubtedly the first Leach's Petrels of the autumn with two birds passing by mid distance quite slowly.  Always a thrill to see the first of these birds each autumn and let's hope that by achieving that on 1st of September is a good sign for autumn seawtaching.  Several Manx Shearwaters passed close in shore (see tomorrow). 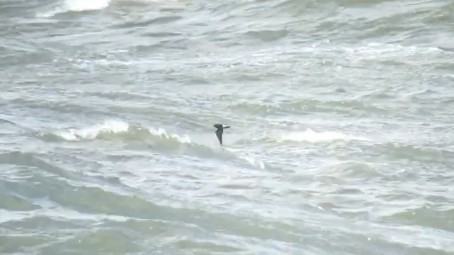 An immature Pomarine Skua was picked out amongst nine Arctic Skuas - it is definitely turning into a good autumn for skuas...  five Bonxies were also noted including two that flew along the promenade at Hoylake and then put up 'everything' off Middle and an earlier bird photographed flying right past the North End (but distantly from the Obs - see below!). 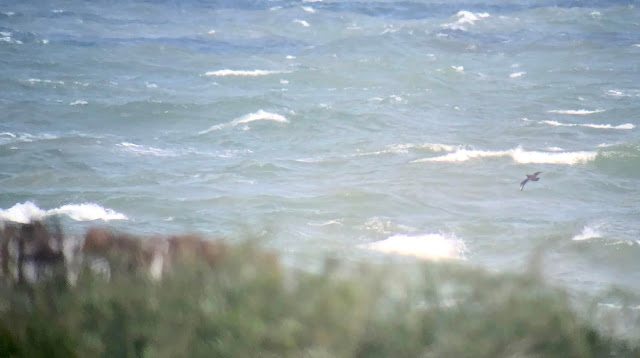 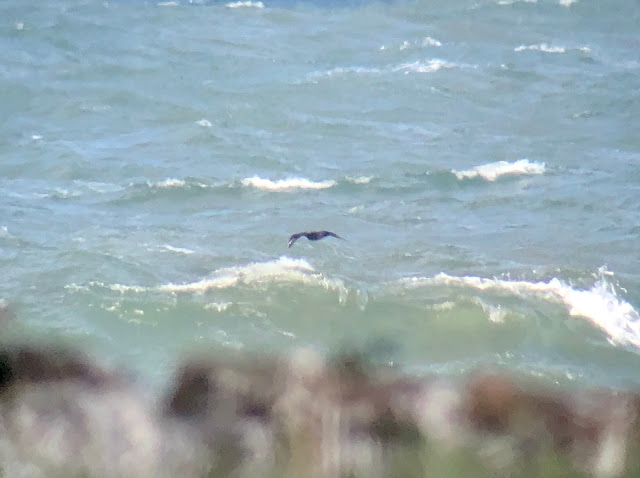 A single immature Shag with a deformed beak was noted flying past the North End.