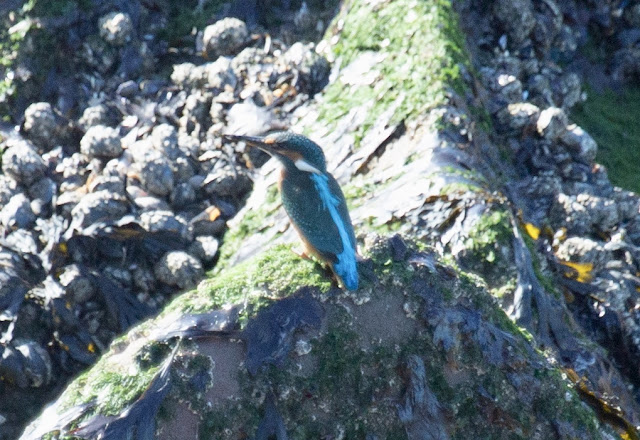 Regulars had been convinced that today would be the day that brought migrants and maybe a good bird thrown in and they weren’t disappointed!  The day began with a lovely colourful pre-dawn sky above the Obs. 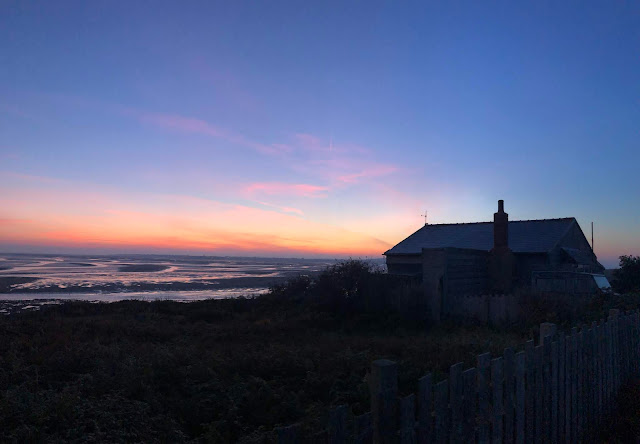 The middle of the day over tide was again more like the Mediterranean than the Irish Sea! 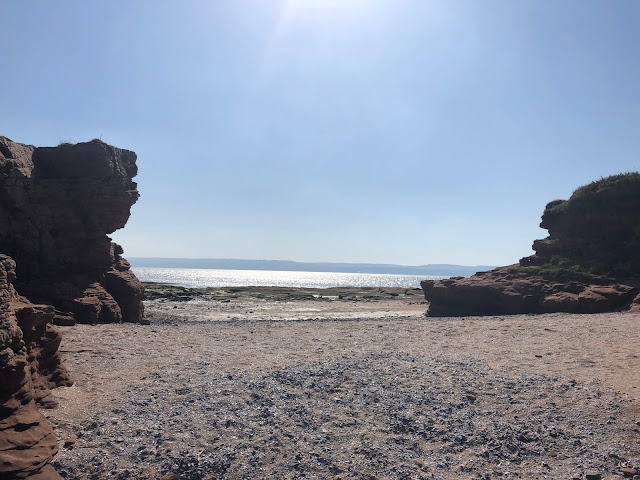 Five Black-tailed Godwit flew over the Obs which was a lovely sight during the morning and a Shag remained around the North End. 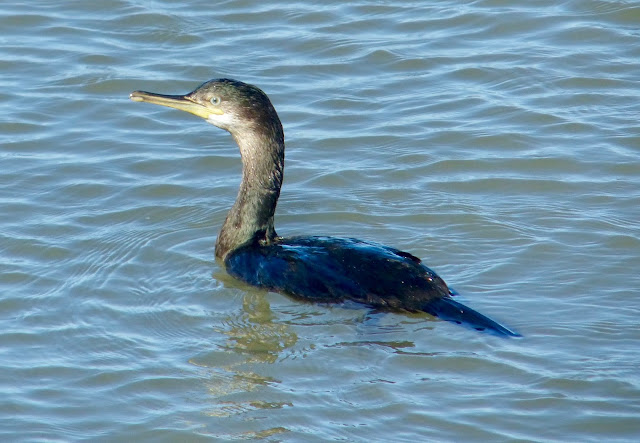 Meanwhile, Goldcrests could be heard calling from the gardens and three birds were caught and ringed.  A couple of Chiffchaffs were also grounded and the mist was certainly helping with migrants.
A few Grey Wagtails and a couple of Reed Buntings passed over and there was a definite increase in Linnets with a couple of large flocks seen around the islands particularly the west side.
However, the bird of the day was found at the North End as the tide started to flood - a Kingfisher which quickly moved roost positions a couple of times evading observers before everyone managed to get good views as it flew around the North End and landed on some rocks in shell bay. 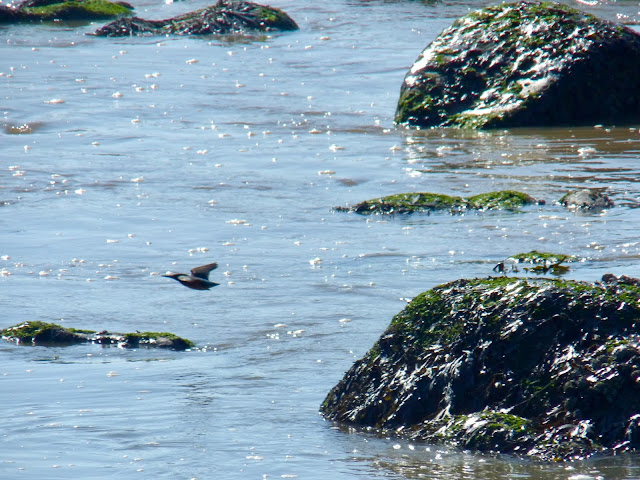 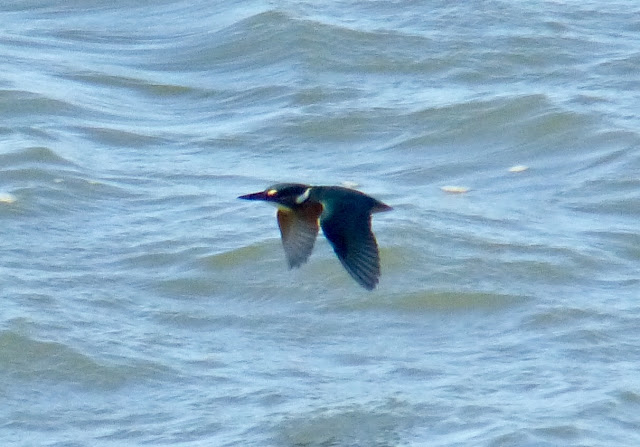 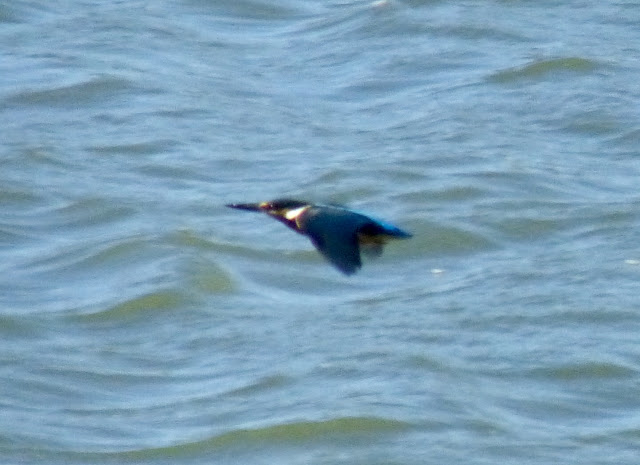 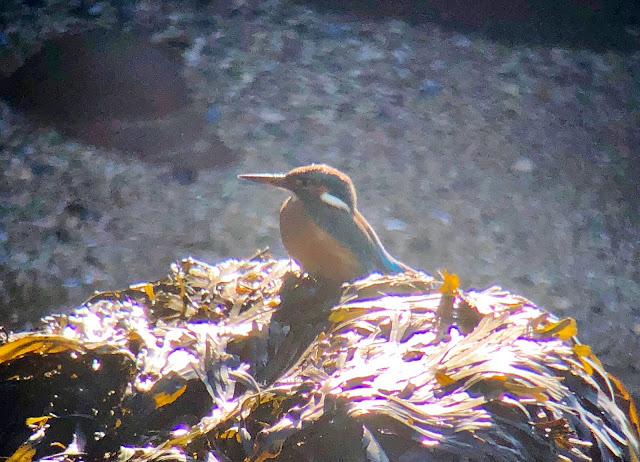 Only the fourth record for the island following records of singles on 3 January 1963, one also near the North End on 5 October 1972 and one which flew low over the island calling on 5 September 2014.  Today’s bird fell neatly at the mid point between the two dates of the previous records (5th September and 5th October). 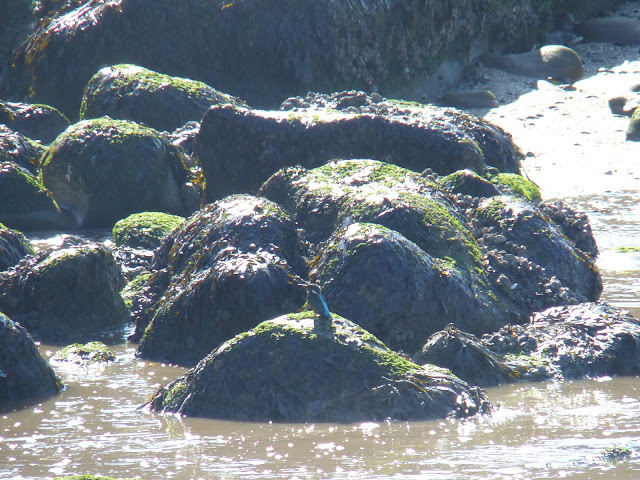 It was last seen at c1pm by visitors as it again flew from the rocks at the North End around towards the east side gutter. 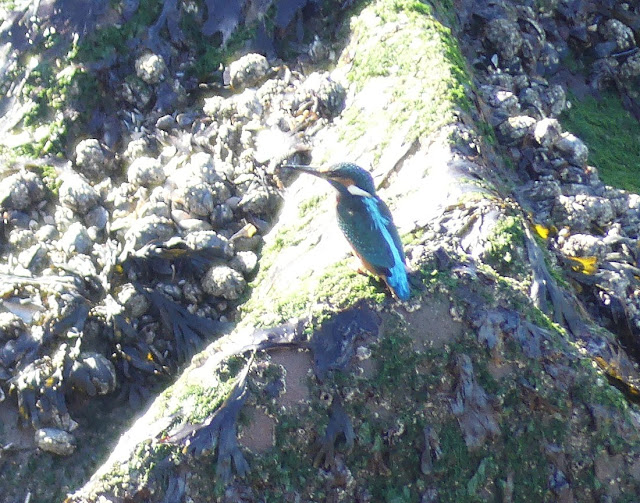 Later a Snipe flew over calling and the Magpie appeared but there was no sign of the Kingfisher by early evening.