Weather:  SE 2, clear overnight.
A couple of Willow Warblers and 3 Goldcrests was all that was found in the paddocks this morning until a little later when a female Blackcap was trapped. In the afternoon a Treecreeper was sighted on the posts, only the sixteenth record for Hilbre (thanks to Jeremy Bradshaw and party). It appears to have just arrived and was attempting to enter the Newton trap. 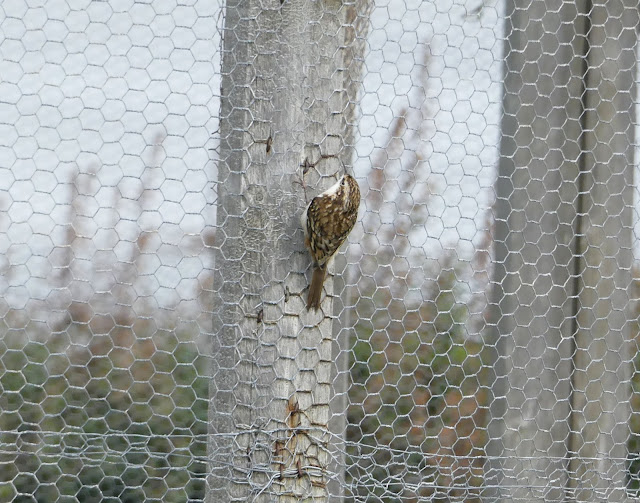 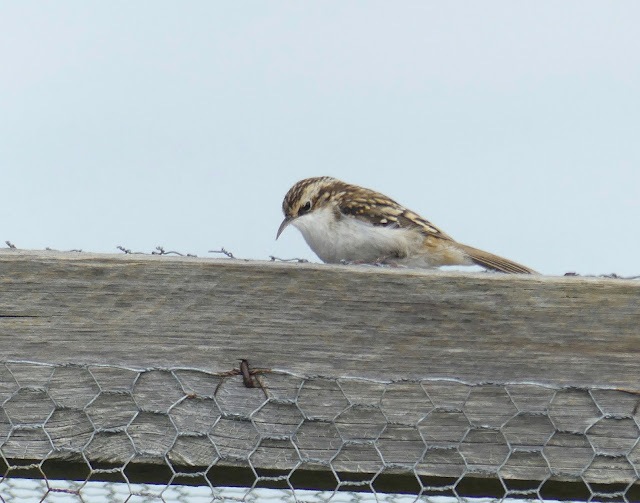 The other highlight today was the first 2 Brent of the autumn sitting on the whaleback and then in the gutter as the tide flooded. 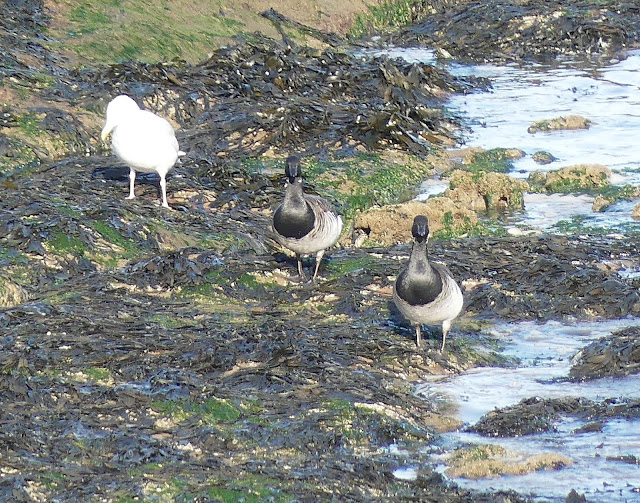 A Wheatear was south of Middle early and another on the main island later. 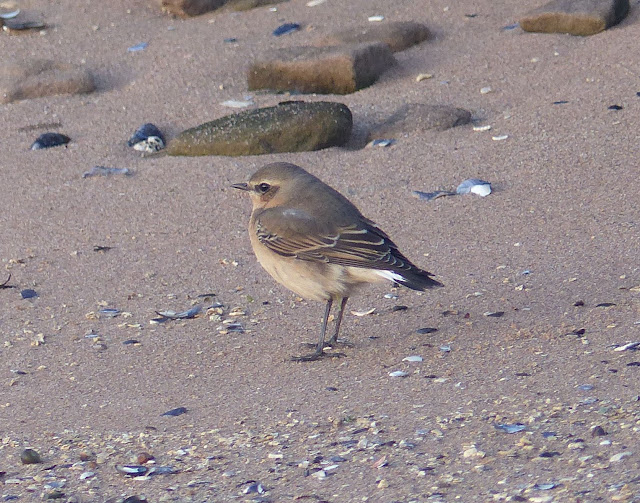 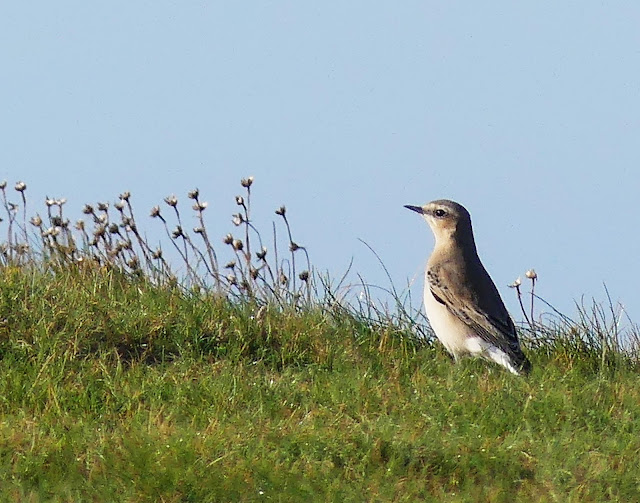 Three Teal loafed off the west side and 2 others were on the north shore tide edge later.
The now regular Magpie did not disappoint.

Photos CJ, AS. thanks to Terry Wigley for Treecreeper photos.
Posted by Colin Jones at 15:06