Weather: ESE force 3     rain showers
A Common Snipe was sitting on the track between the islands as observers approached in the half light of the morning. This proved to be the best sighting of the first hour or so as there were no migrants apparent in the gardens, although a while later a Chiffchaff called near the obs and a few dozen Meadow Pipits came through the island. 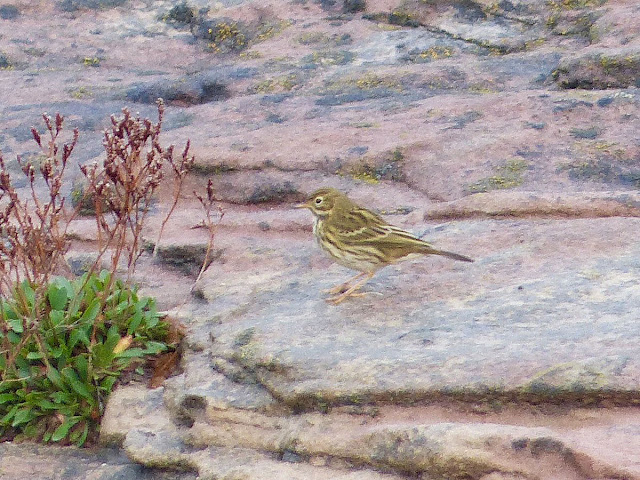 The Brent soon appeared along the west side, with 29 being present. 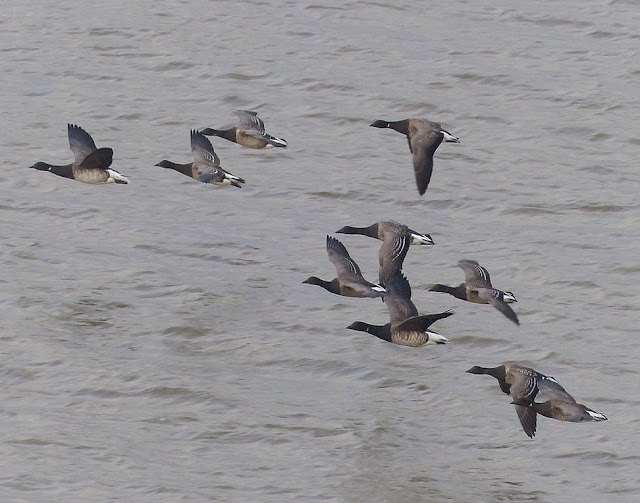 The now regular Magpie made its presence known, 4 Rock Pipits were heard and 9 Swallows cruised over of the island. 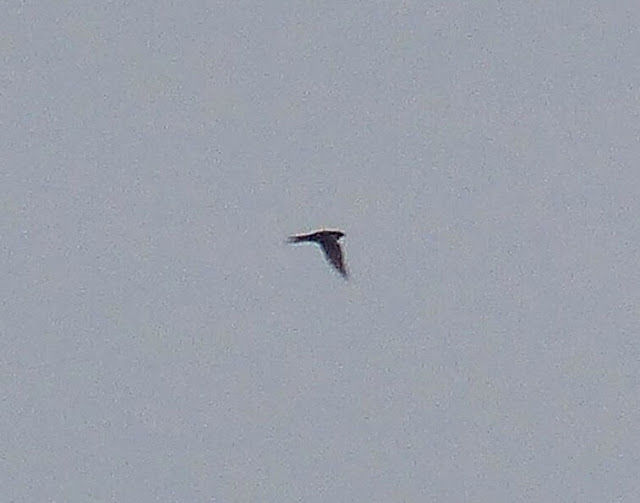 Thirty Eight Bar-tailed Godwits were feeding off the east side when a Greenshank called and was seen in the same area. 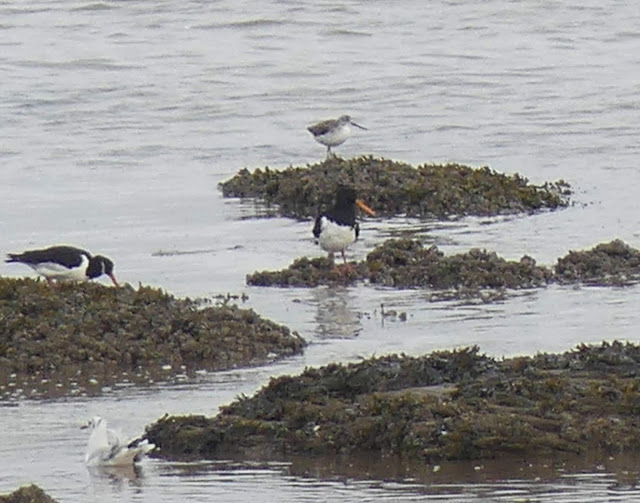 As the very high tide flooded a Golden Plover was found resting near the reef south of Middle before flying off south. In the afternoon the Kingfisher showed again, it seems it is finding plenty of food here. A Greenland Wheatear was present later.
A count of Grey Seals at the low tide found just 60 hauled out on the west hoyle.
Ringed: 1 Wren       [ 690-31 ]
photos AEH CJ
Posted by Colin Jones at 17:07