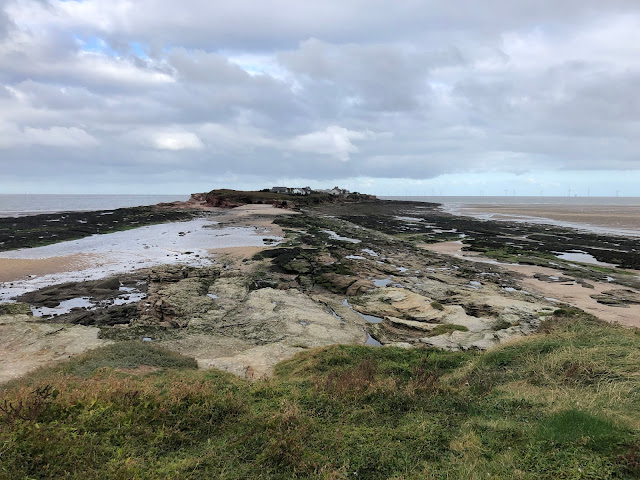 A late tidal visit today in rather unpromising conditions produced a few nice records.  It was also a mixture of sunshine and overcast conditions which made for a pleasant day on the islands for the most part.

Seventeen pale-bellied Brent Geese appeared on the tide edge south west of the main island during the flood.  This flock included nine or ten juvenile/first winters which may be an early indicator of a good breeding season in Canada.  A single was noted on its own later and was perhaps a new bird.

A singe Sparrowhawk was again recorded although this one was on the edge of the recording area flying north along the outer edge of the saltmarsh opposite Pinfold Lane.

About 20 Meadow Pipits were noted but there had been a clear out of yesterday’s Wheatears.  Surprisingly an unringed Goldcrest was noted in the blackthorn in the paddocks and a Chiffchaff called from bushes in the gardens.

Although unpromising the seawatch was quite productive with highlights being a few small close flocks of Common Scoters (although the total of c500 birds includes many further out by the wind farm), a single Fulmar, Kittiwake and a Bonxie which powered through heading west distantly.

The evening was stunning with the sun setting and the wind dropping ... observers were left pondering, as always, what will tomorrow bring...? 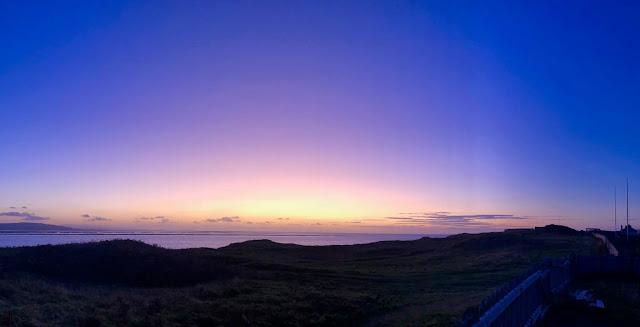 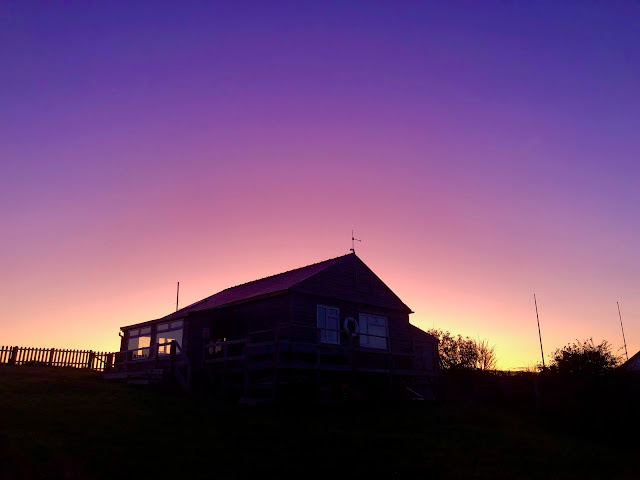