Weather: NNE force 1/2 at dawn, mist
The more northerly element in the easterly wind this morning ensured a slow migration day, nevertheless 2 Goldcrests, 3 Chiffchaffs and a Willow Warbler made it to the island and 4 Swallows passed through and a total of 16 Goldfinches were counted but there were no Wheatears.

Bird of the day was a Common Buzzard that flew right over the island from the west and headed off to Red Rocks. The commotion by the gulls caused observers to initially look out for an Osprey, but in terms of Hilbre a Buzzard over the island was rarer. 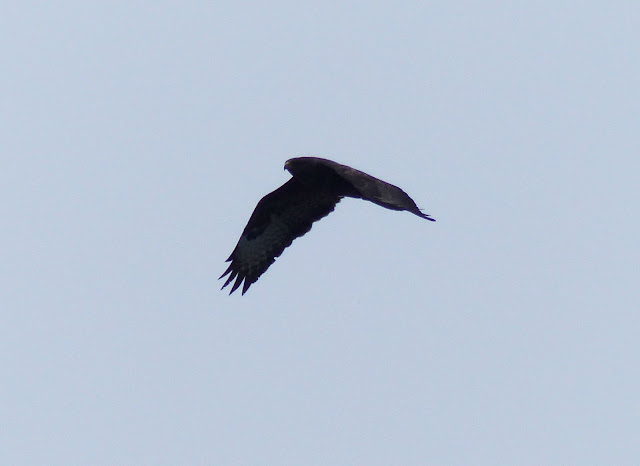 A count of 172 Brent Geese was good for this late in the spring as they are all expected to be away very soon. Two Eiders and 4 Little Egrets were on the shore and Sandwich Terns were on the sea.