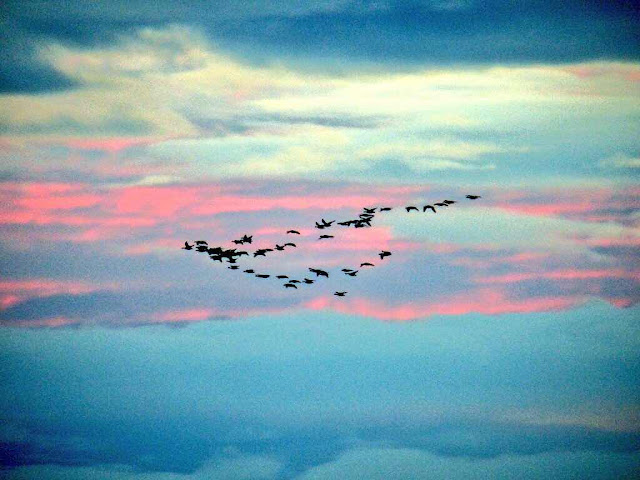 Today started with much promise and lived up to expectation.  The day began with another flock of Pink-footed Geese leaving the estuary at dawn and another flock were seen heading north mid morning totalling 94. 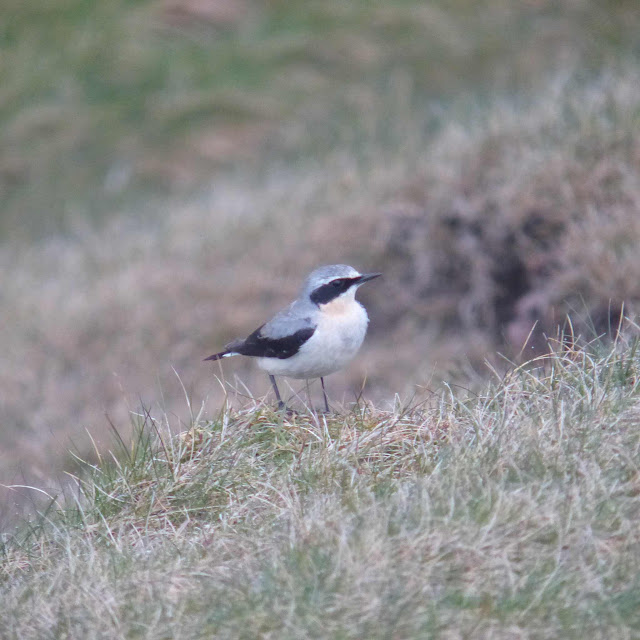 A couple of male Wheatears were found on ‘Wheatear hill’ early morning but they did not stay long.  Another bird was seen on Little Eye later. 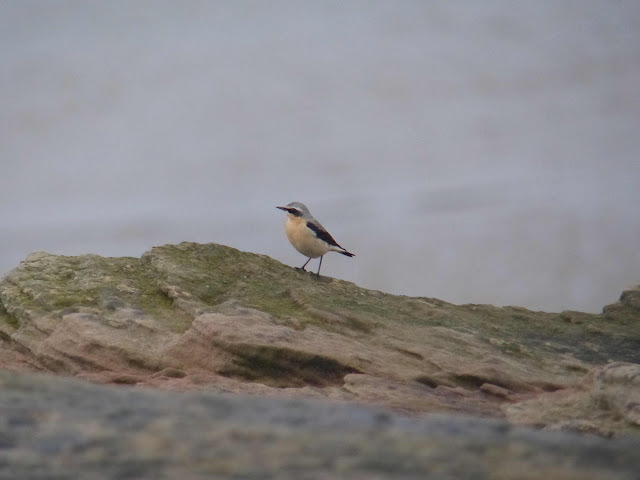 The sound of Chiffchaffs and Goldcrests could be heard from the trapping areas with three of each recorded and most birds caught and ringed during the day.  The Chiffchaffs all showed signs of pollen feeding around their bills.  Three new Robins were also caught - a sign of passage birds. 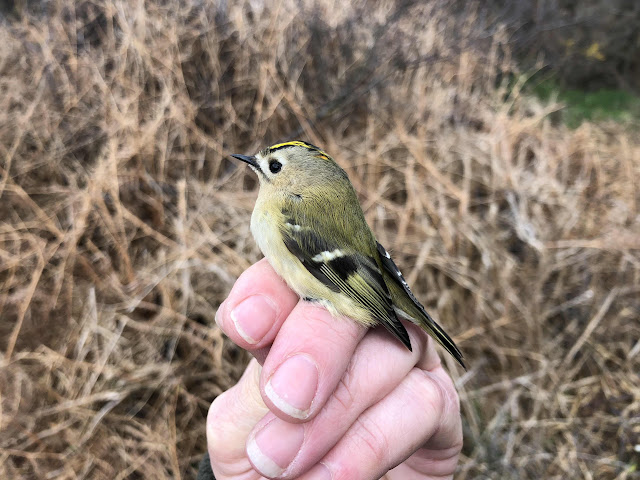 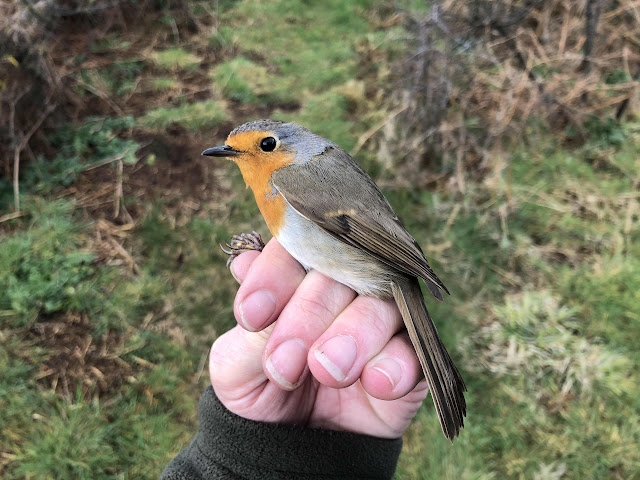 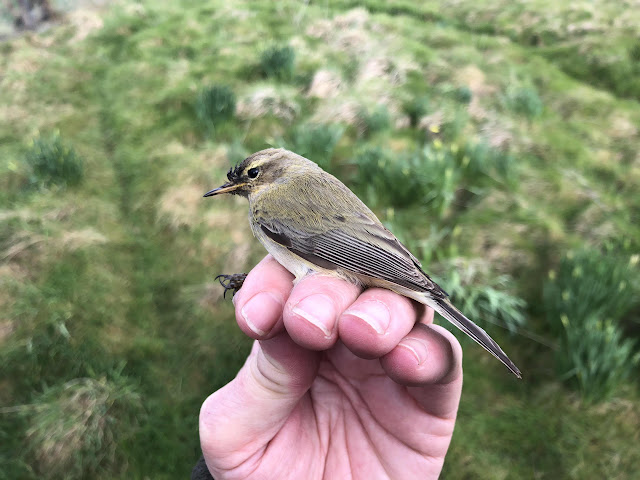 Visible migration was much in evidence with at least 13 alba Wagtails and 3 Whites, plus the best Meadow Pipit migration for some time with 210 counted during the day; no doubt this passage prompted the appearance of another Merlin.

A Reed Bunting dropped onto the South End around lunchtime and a Jackdaw was heard passing over during the morning reminding observers that it was still early spring.

A pair of Goosander passed between the islands and a single Golden Plover gave its mournful call as it flew south down the islands.

The recent drake Mallard was joined by a female on the pond. 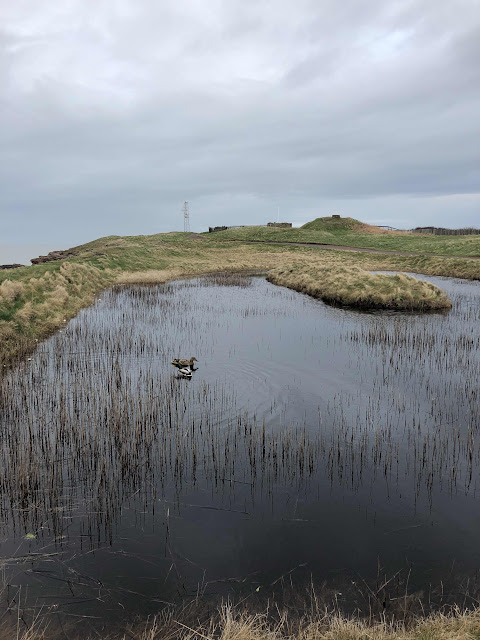