It was a lovely day on Hilbre today, after a cold start it was sunny and warm with an almost cloudless sky. The wind was from the North West so not a great migration day although a couple of nominate race Wheatears did wander round the potters without going in. Six Canada Geese flew east, and there was a Magpie, 7 Goldfinches, 4 Pied Wagtails, a Goldcrest and a Siskin recorded during the day. 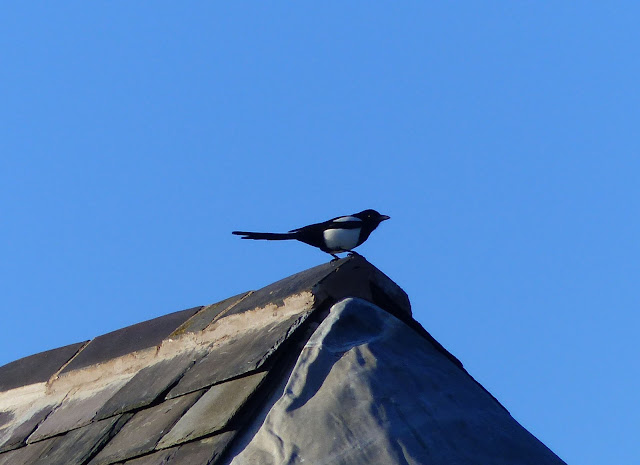 The best birds of the day were 3 Coal Tits that landed briefly in the trees in the old obs garden before flying off. Coal Tit is still a rare bird at Hilbre and it's occurances are less than annual.
In addition to 3 Eiders still around the island, there was a male and female Mallard sunning themselves on the main pond (see picture). Female Mallards are usually elusive on the island. I am not sure what the fox will think if these two birds remain. 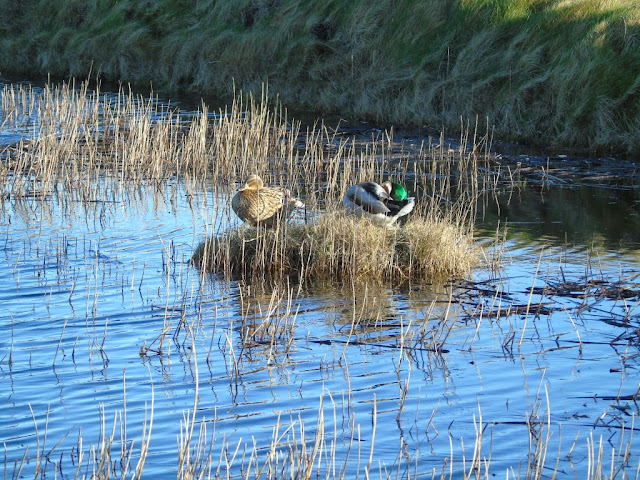 As the tide approached a Greenshank flew up the gutter calling and a Red-throated Diver was off the west side. In the afternoon 2 Purple Sandpipers were seen, also 71 Bar-tailed Godwits, 92 Turnstone, 61 Curlew and 62 Shelduck. Late afternoon a female Reed Bunting dropped down to the island. 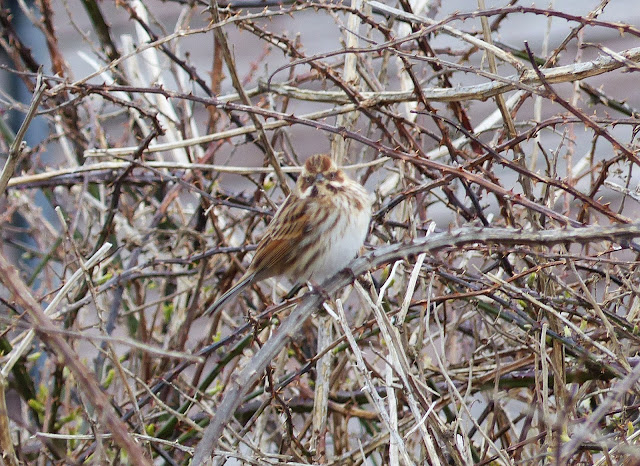 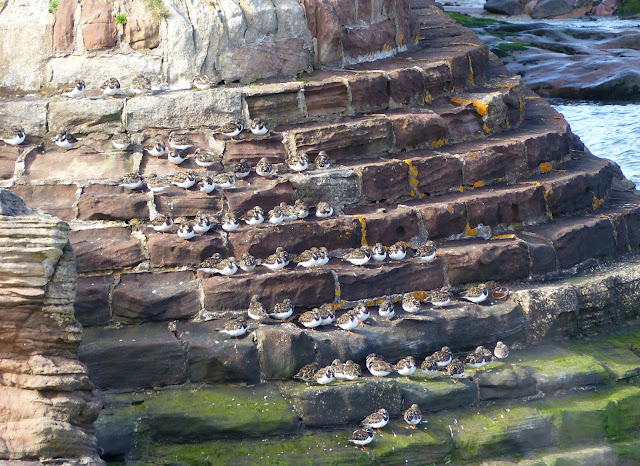 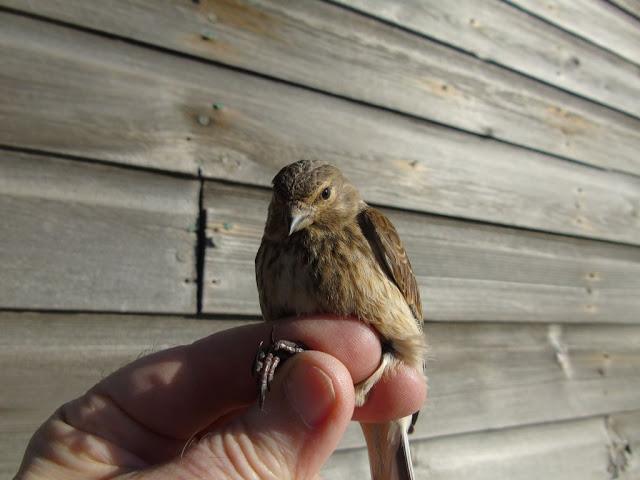 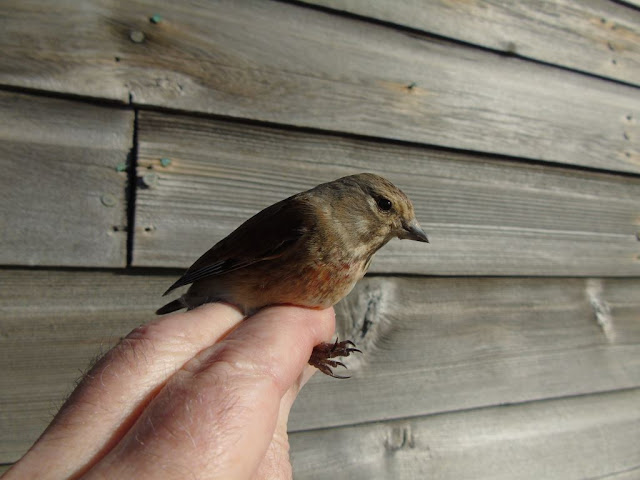