Weather: light air, mist around the estuary, then SE 1/2 and warm later in the sunshine.
Despite the promising conditions not as  much migration action as yesterday but nevertheless it was extremely pleasant on the island. Pink-footed Geese continue to travel north out of the Dee with many doing so today in several groups of about a hundred or so. The 2 Eiders were still in the gutter and the Brent were counted at 143. Three or four Chiffchaffs and Goldcrests fed in the gardens and paddocks and a Reed Bunting dropped down briefly. A few Goldfinches and Pied Wagtails added to the mix but one Sand Martin was the sole hirundine following yesterdays strong arrival. First 2 and then 7 Jackdaws flew high to the west over the island and 2 Skylarks and a Redpoll were heard, but otherwise migrants were at a premium apart from the two Greenland type Wheatears, the first to arrive became the second to be ringed this spring. 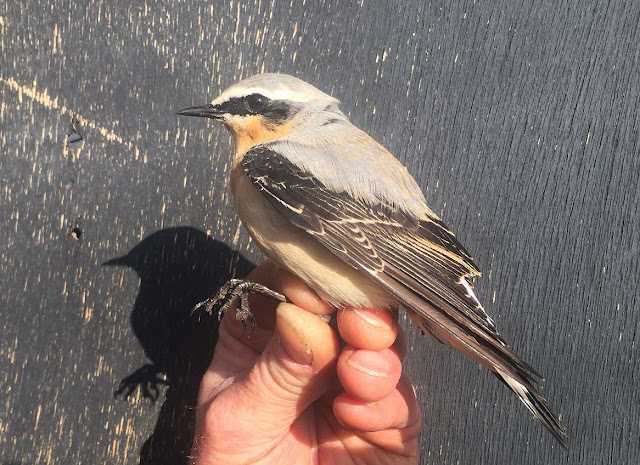 In the afternoon 2 Willow Warblers dropped down into the old obs garden, while a sea watch noted 8 Sandwich Terns, 8 Great Crested Grebes and an immature Mute Swan on the sea a long way off the north end. Looking towards the Swan observers noticed 2 Harbour Porpoises in the same area.
Three Little Egrets showed themselves to advantage in the sunshine which also encouraged the first Small Tortoiseshell and Peacock butterflies to make an appearance. 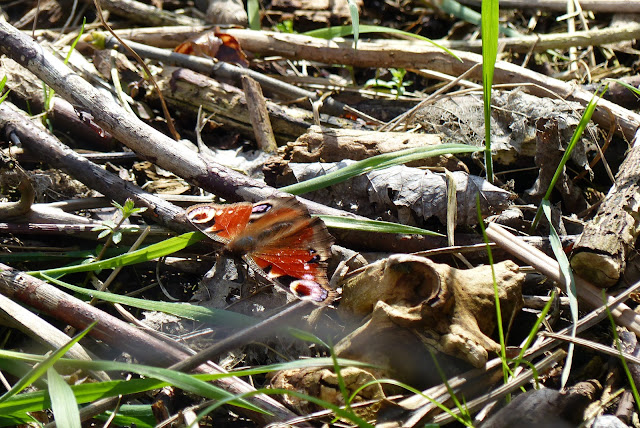