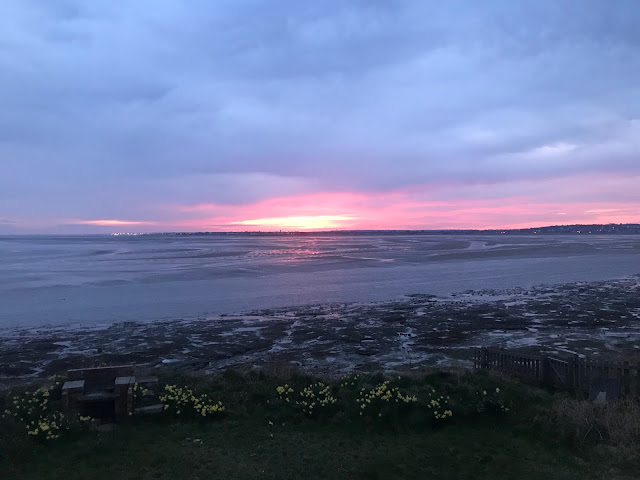 A challenging wind for the observers this morning forced small migrants to keep low to the ground. The first Willow Warbler of the spring arrived by dawn (below) as did the 5 Chiffchaffs and male Blackcap but few if any other warblers arrived during the morning as the wind increased. One of the Chiffchaffs proved to be a 'control' (ringed elsewhere), always an exciting find for the ringers. 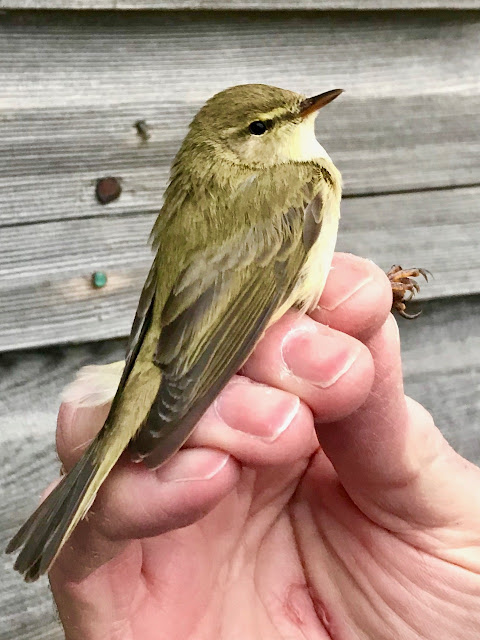 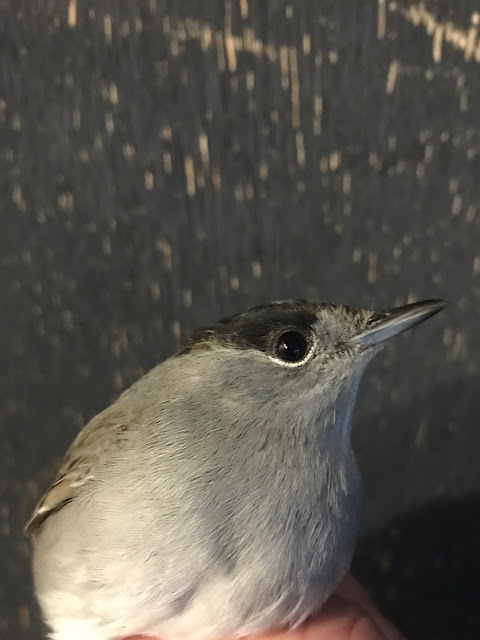 Lack of new warblers did not mean there was no migration as at least 300 Meadow Pipits, a few Pied Wagtails and finches ( 15 Goldfinches, 3 Greenfinches, 3 Chaffinches in the SK paddock and 4 Lesser Redpolls, stunning male below) were still passing through even at high tide, while highlight of the afternoon was when the first Swallow of the spring glided passed. The only Wheatear today was briefly on the west side mid-morning. 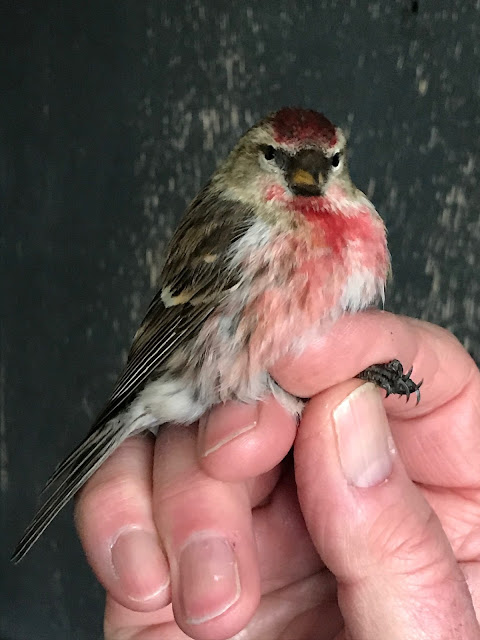 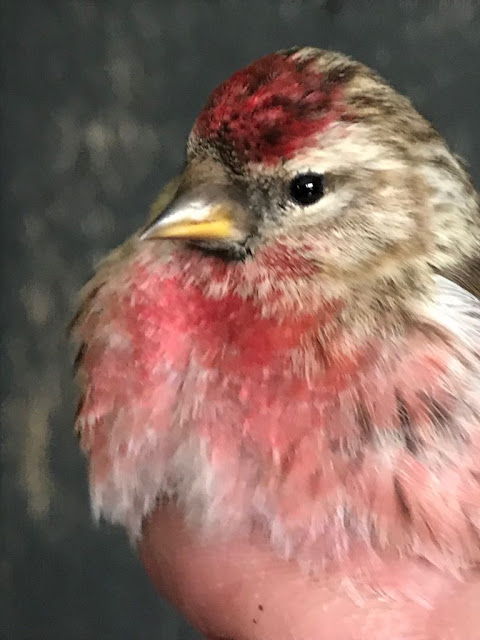 Larger species included 8 Woodpigeons, one of which was caught for ringing, no doubt part of a large movement of over 500 seen at Red Rocks this morning. 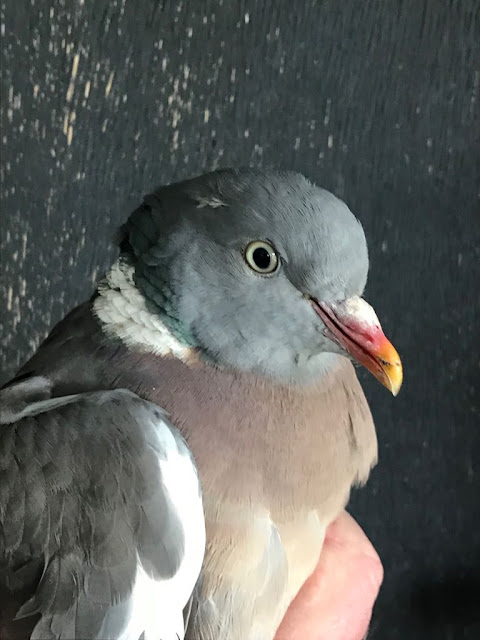 A Goosander flew west over the north of the island and 2 Barnacle Geese circled about the south end of the island before departing east, a very rare sight at Hilbre, but always regarded as of uncertain origin. 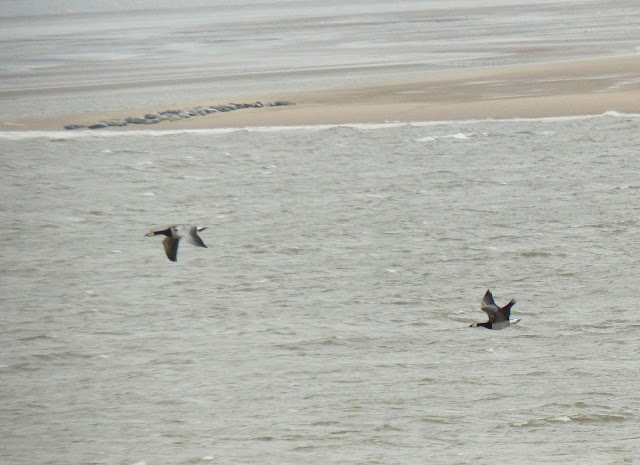 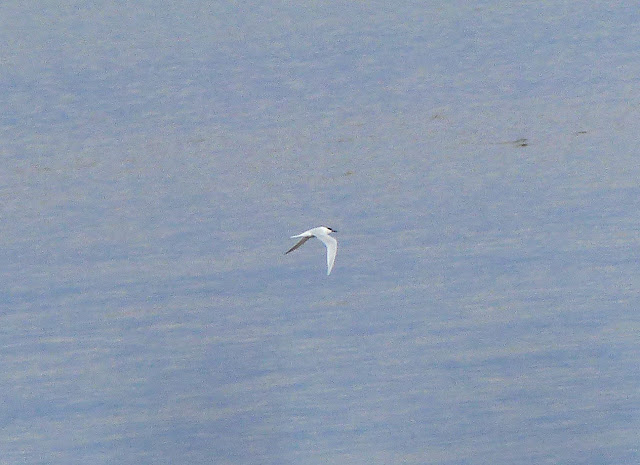 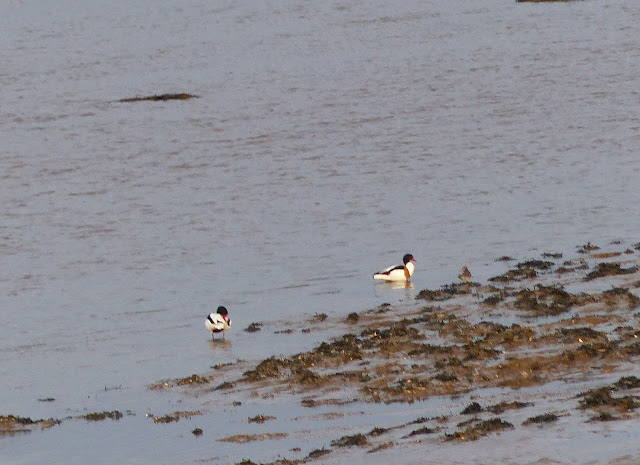 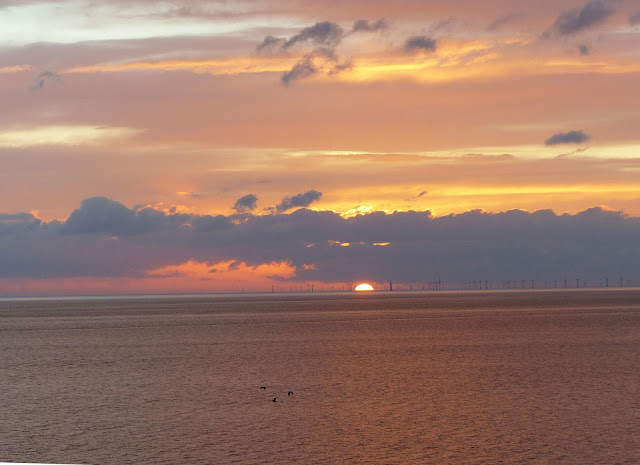 The only raptor was a Peregrine that flew across Middle but was obviously not in feeding mode as it rocketed to the west.