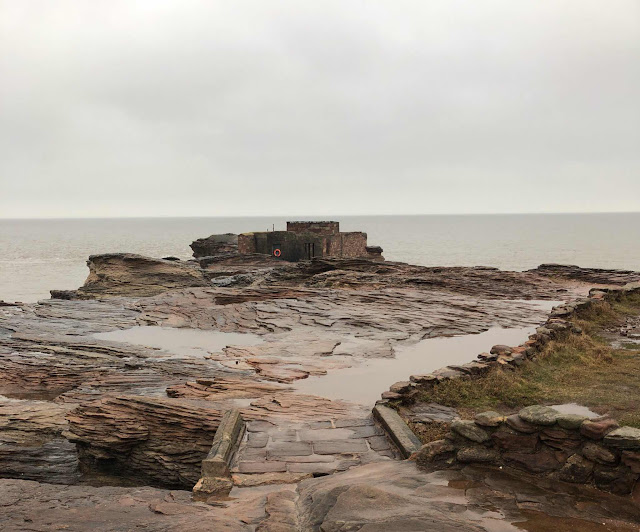 However, mid morning the sound and sight of a Sandwich Tern (only the second of the year) seen from the Obs balcony improved the mood of the camp!

It was clear that there would be little in the way of passerine migration today so attention was quickly turned to the sea and this proved quite productive despite the rather poor visibility for much of the day in the 'murk'.

33 Great Crested Grebes were counted along with 7 Red-throated Divers - a reduction from yesterday but no doubt there were more beyond the almost incessant drizzle.  However, one of the divers was a lovely summer plumaged bird which flew between the islands and gave observers a fly-by up the east side passing the Obs garden as it did.  180 Common Scoter were noted off the North End mid distance but there were at least five close in around the islands during the tide.

Two Razorbills and 7 Guillemots were noted as were two of the immature male Eiders and reasonable numbers of Pale-bellied Brent (163) considering the time of year.  However, wader numbers had generally decreased since yesterday, perhaps many of the Knot, Bar-tailed Godwit and Grey Plover had departed before the arrival of this bank holiday Monday front.  However, single Knot was present with Turnstone at the North End and a sole Grey Plover was sheltering on the West Side over the tide. 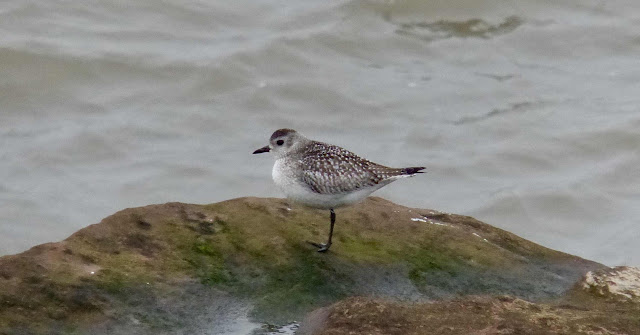 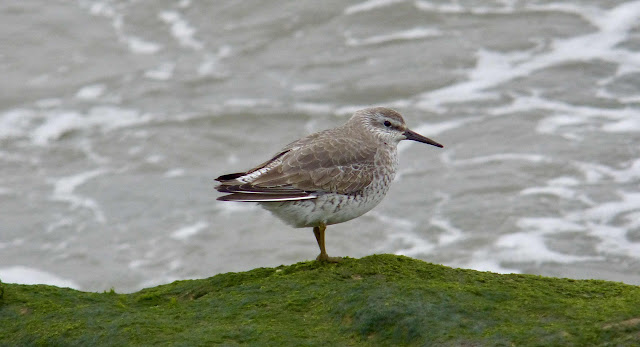 Two Purple Sandpipers took to roosting on the North West corner of Middle Eye today sheltering from the wind and rain but like the other waders they were being somewhat harassed by the local Carrion Crows and at one point by an adult male Peregrine which glided over the top of Middle putting everything up giving observers a practice run for when the first Osprey arrives - this feels a season away at the moment but at this time of year it is amazing the difference a day makes...

However, just before lunch a trip around the island produced a flashing Merlin - perhaps a sign that Meadow Pipit migration isn’t that far off now? 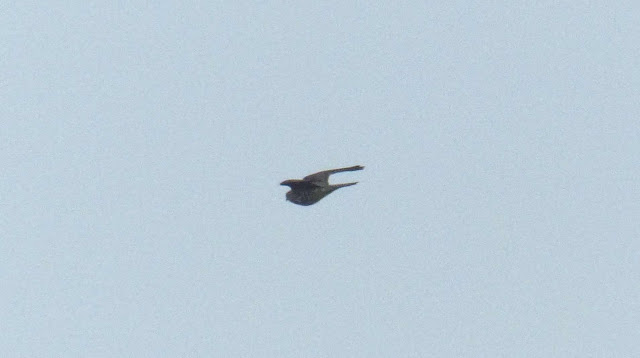