Weather: ENE force 1 at dawn, later SE 4 vis 10 mls
The reappearance of the Puffin seen on 15th (or another) caused the biggest excitement amongst the members this morning when it was seen distantly off the north end at 08.00, it seemed to be drifting out with the tide. Still a rarity at Hilbre, and a 'mega' for Cheshire listers, Puffin sightings in this area are few and far between. 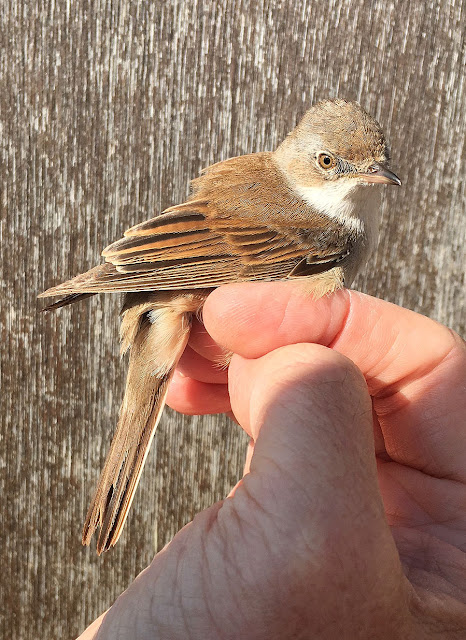 Despite the Puffin, the main focus today was on the good birds passing through the islands, the highlights being the first Whitethroat of the year (above), 2 more Grasshopper Warblers (both heard reeling at dawn and later trapped for ringing, below), 2 Blackcaps and a male Redstart (bottom), 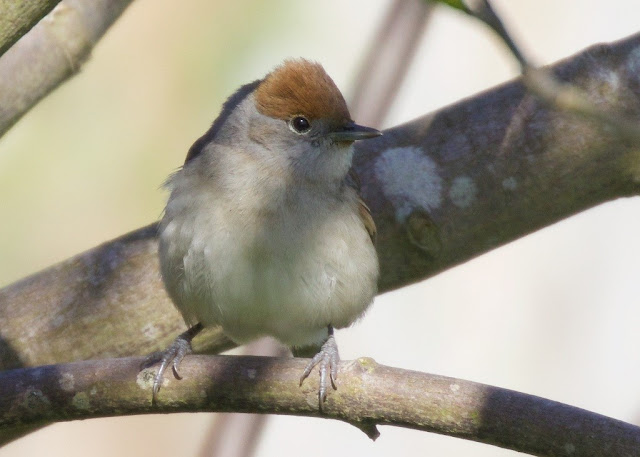 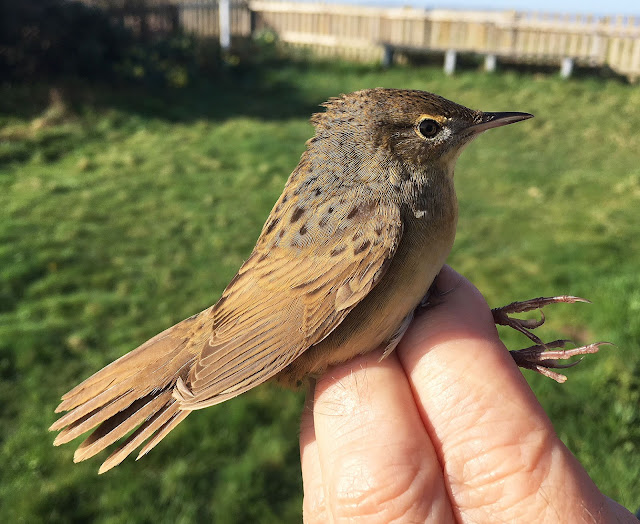 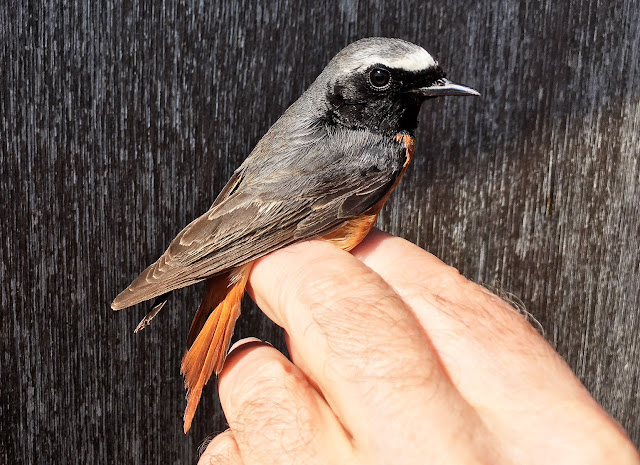 Also 9 Wheatears, 15 Willow Warblers (below), a Chiffchaff and a calling Brambling over the shore early and later a Tree Pipit doing the same over the island. 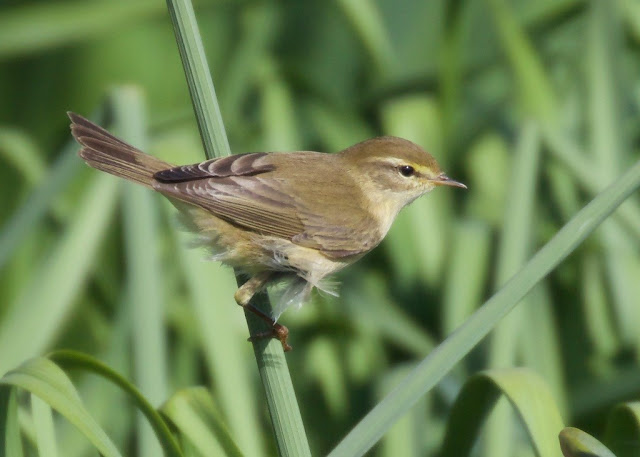 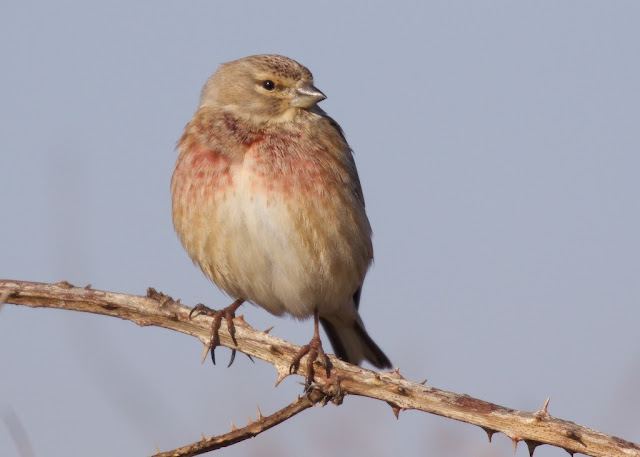 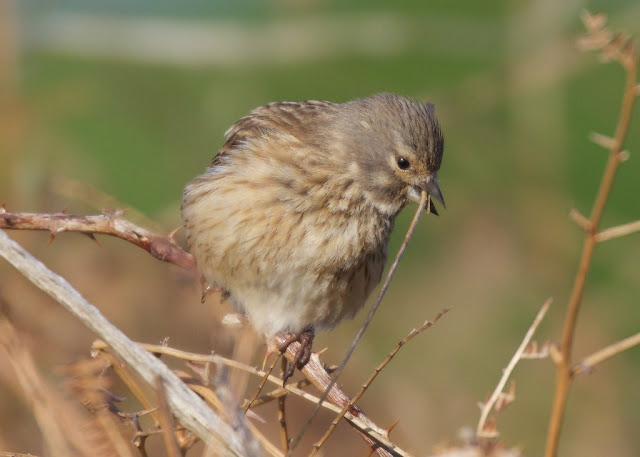 Pink-footed Geese flew out again at dawn, but this time only 223, while a single Brent was seen (as often happens after the main departure) and the 2 immature drake Eiders are still here. Three male Mallards are about the island, a female is probably being elusive.
Eleven Whimbrel and 30 Sandwich Terns were counted.
An evening visit was made just as the light faded and the thunder clouds rolled in on a fantastic day, found 3 Wheatears still present but few other birds although the first House Martin of the day was logged. 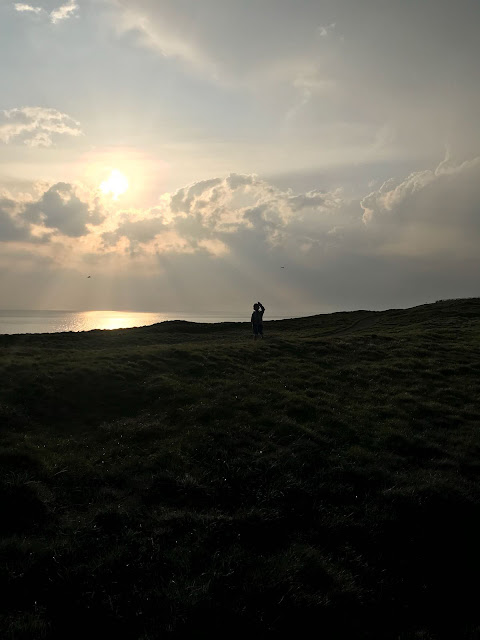