The day began with singing Chiffchaff in the gardens which was later caught and ringed along with a single Willow Warbler.

Four Wheatears were present during the morning two of which were caught and ringed and found to be Greenland race birds; unsurprising at this time of the spring. 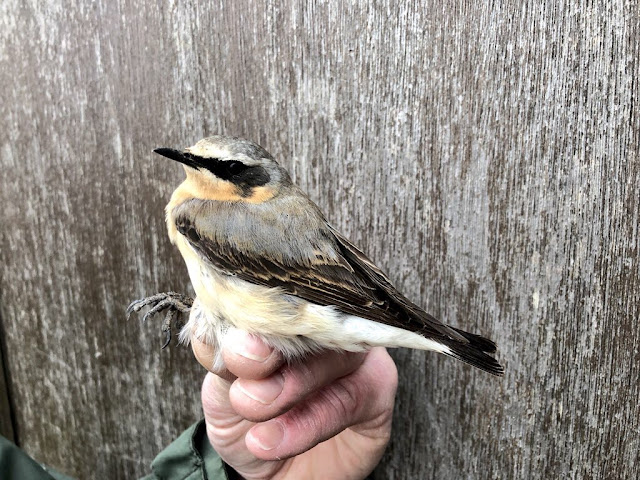 A Sparrowhawk was disturbed from rocks below 'Subalp steps' and flew off towards Wales. 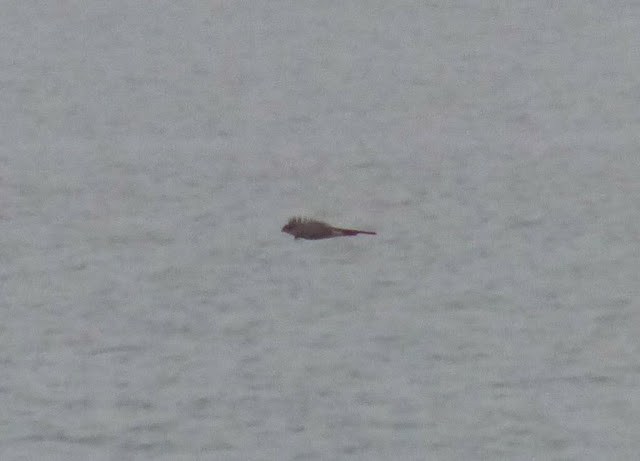 A flock of 132 Pink footed Geese flew out of the estuary early on but sadly did not contain the recent Snow Goose from Denhall Quay.  Other wildfowl included a single Mute Swan which headed first North and then West off the West Side and a single Canada Goose which called whilst sat on the flooding tide towards West Kirby.  The two immature drake Eiders were joined again by an adult drake and all three birds could be heard calling off the East Side. 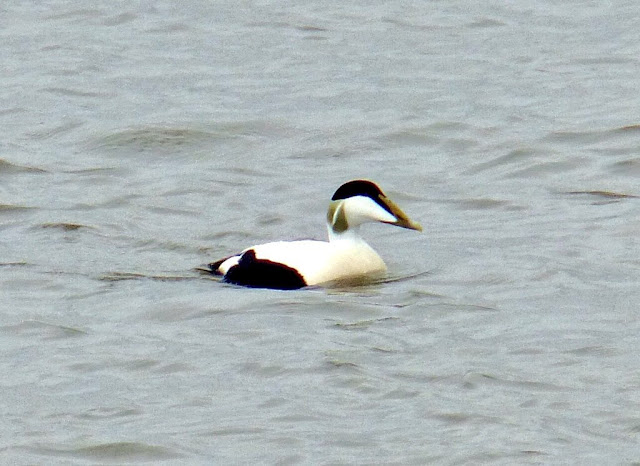 Waders were again in evidence with 13 Whimbrel noted (including six roosting on the rocks) and single Bar-tailed Godwit and Curlew noted. 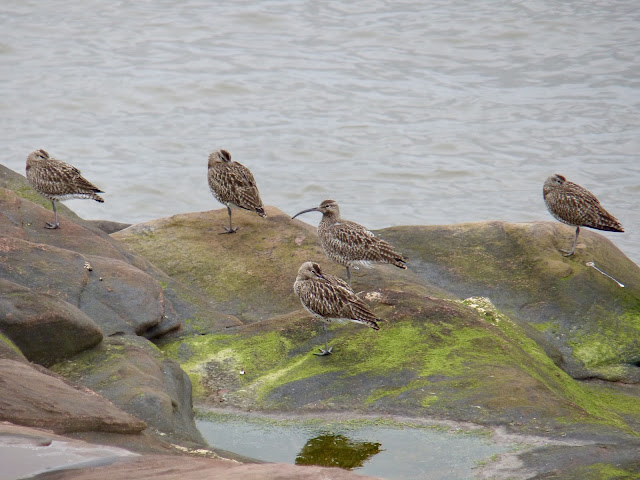 The only visible migration of note was a single lava Wagtail calling overhead, 2 White Wagtails, 4 Redpoll and a single Siskin.

For a very calm day the sea was very active with 18 Red-breasted Mergansers off the West Hoyle sandbank, 14 Great Crested Grebes and 23 Red-throated Divers but the highlights were twofold: firstly 7 Manx Shearwaters feeding in the mouth of the estuary between Hilbre and the Point of Ayr and secondly five Harbour Porpoise feeding around the swash and the North End. 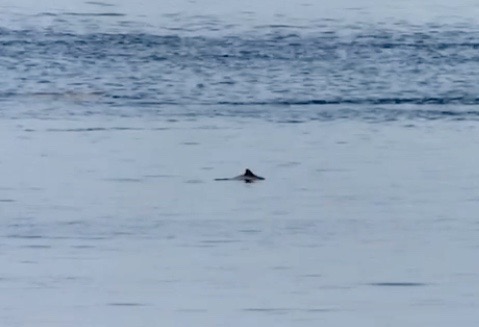