A much quieter day all round than yesterday with less grounded migrants and less vis mig.  However, there still proved to be migrants pushing through despite the slight westerly influence in the wind.
Six Woodpigeons flew over the islands in flocks of four and two during the morning and small numbers of finches were noted with Goldfinch (29) dominating although single Redpoll and two Siskin were noteworthy.
Singles of Swallow, Sand Martin and Willow Warbler were noted (the latter caught and ringed along with a Linnet) and later a female Blackcap was caught and ringed. 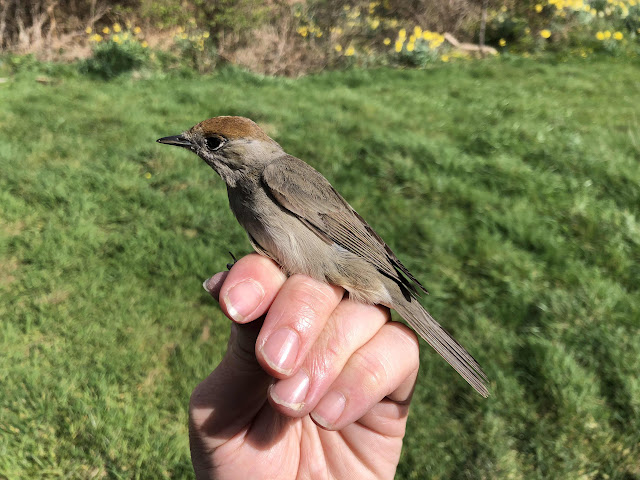 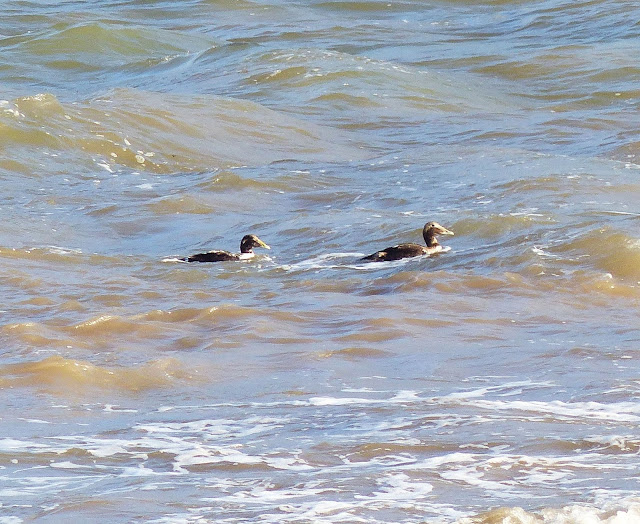 The arrival of spring migrant waders was noticeable as the tide rose with Sanderling (98), Dunlin (52) and Ringed Plovers (17) over the tide along with 7 Whimbrel, single Bar-tailed Godwit and two Knot.
A single Merlin flashed passed the Obs and was alter seen chasing a passerine south of Middle.
An excellent count of 40 White Wagtails was made today which included two large flocks (for Hilbre) of 20 and 12; presumably some of the 300+ birds that have been on Hoylake beach pushed off by the high tide. 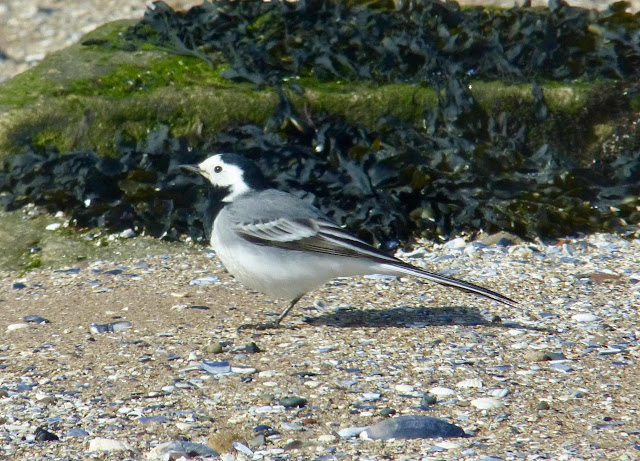