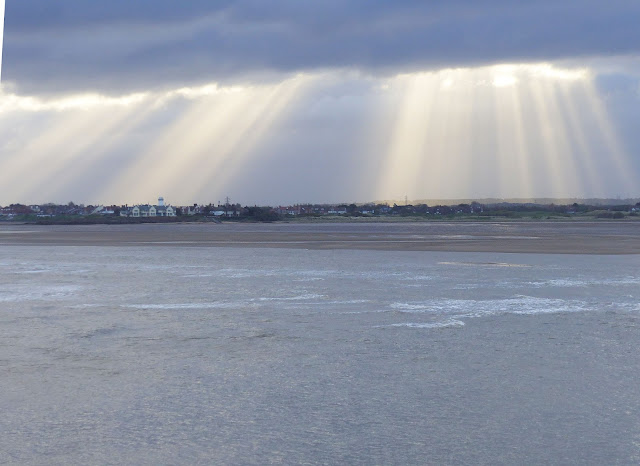 A very windy day found 2 Phylloscopus Warblers sheltering in the blackthorn, 3 Goldfinch over and the (presumably) local pair of swallows feeding and roosting in Niffy Bay. Also sheltering there were the small number of Redshank,  Turnstone and Whimbrel present. Over a hundred Dunlin were around the islands in small flocks. 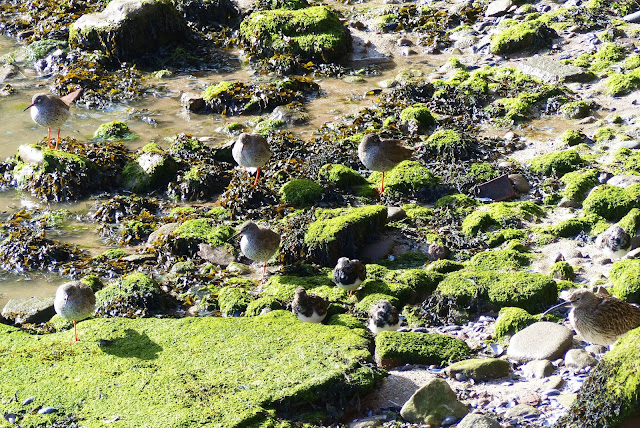 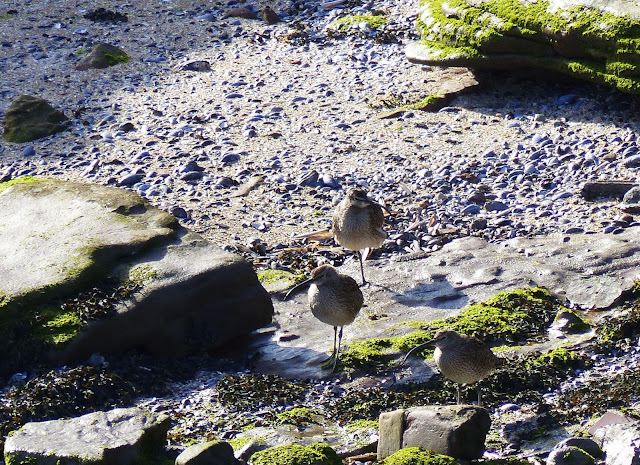 Four Shelduck were in the Gutter east of Middle with the two Eider. Noted during a sea watch were 80 Common Scoter, 9 Great Crested Grebe and 23 Gannet, plus 11 each of Guillimot and Red-throated Diver (all of the Divers were flying into the mouth of the Dee to the west of Hilbre). About 40 Sandwich Terns were present with Common Tern half that number. Bird of the day was a Red-necked Grebe in summer plumage seen to fly over the Swash west of Middle towards Point of Air.
photos AS
Posted by Colin Jones at 20:47