Weather: light air, then N 2 later, slight mist, sunny.
Very quiet on the passerine front this morning, 5 Wheatears were about but although they stayed for the whole of the morning, they did not venture near the traps. 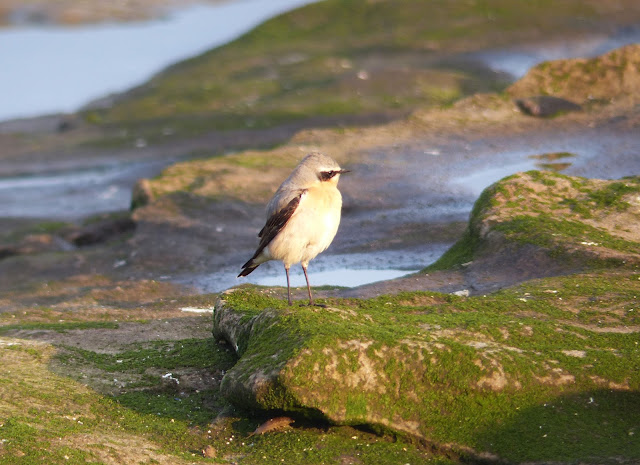 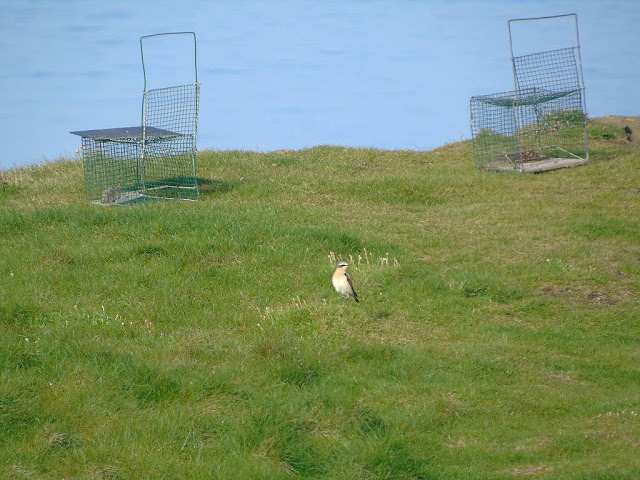 A Woodpigeon flew about first thing and a Sand Martin passed through but there were no further migrants until a single Willow Warbler turned up in the SK at noon. 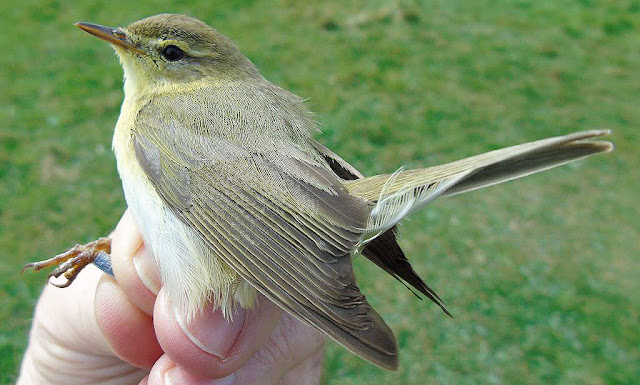 The local Swallows which have now arrived flew continuously around the island and seemed to be settling in the 3 regular nesting sites. Many Linnets were nest building and the pair of Pied Wagtails were also busy. It was nice to see a Robin at this time.
The sea was very calm and another 2 Harbour Porpoises were therefore easy to find swimming off the west side, while 27 Red-throated Divers, 38 Great Crested Grebes, 22 Guillemot and 12 Red-breasted Mergansers were also obvious in the good light, as were many Sandwich and Common Terns.
No sign this morning of the 1 remaining Brent but the 2 Eiders are still sitting out the tide. Several Whimbrel were the best of the waders which are now much reduced in numbers as we head towards the breeding season. 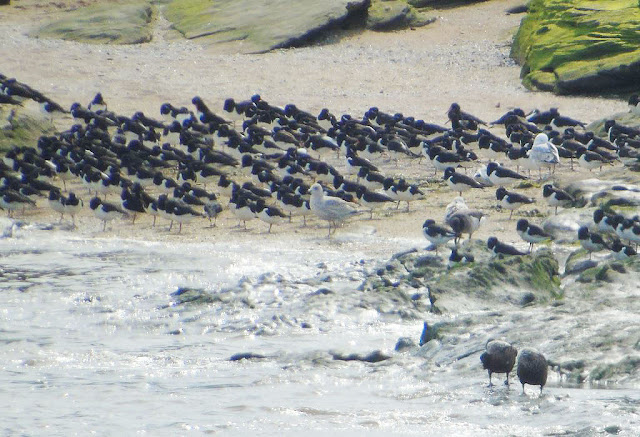