The day started with a blustery south-east breeze and observers were greeted on the first round of the traps by a singing Sedge Warbler in the Old Obs garden (which proved elusive during the rest of the day) and a fine male Redstart in the SK along with a small fall of phylloscs (mainly large male Willows). 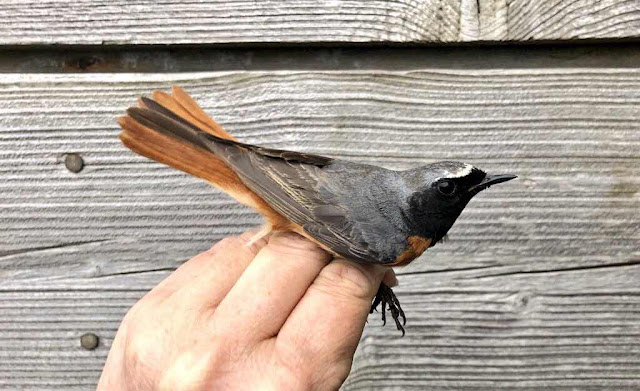 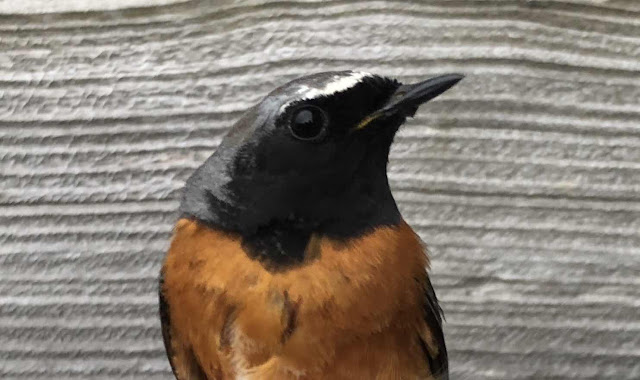 The Redstart was our first of the year at the Obs as was the Sedge Warbler and these were quickly followed by the first House Martin; although the latter proved to be the forerunner of a small movement over the tide with 14 House Martins counted in off during the day along with 11 Swallows and two Sand Martins.

Meanwhile, the weather closed in all around the islands during the high tide.

A Tree Pipit flew up from the trapping area calling and a female Blackcap (different from yesterday) was caught and ringed, the third in as many days.
Seawatching proved excellent today with a single Little Gull noted along with 51 Sandwich and a single Common Tern.  Divers were very much in evidence with 43 Red-throated counted, plus 16 Great Crested Grebes, a pair of Red-breasted Mergansers, 95 Common Scoter, 56 Guillemot, a Fulmar, 9 Gannet and the highlight being the first nine Manx Shearwater of the year which unusually sheared east towards the North Wirral. 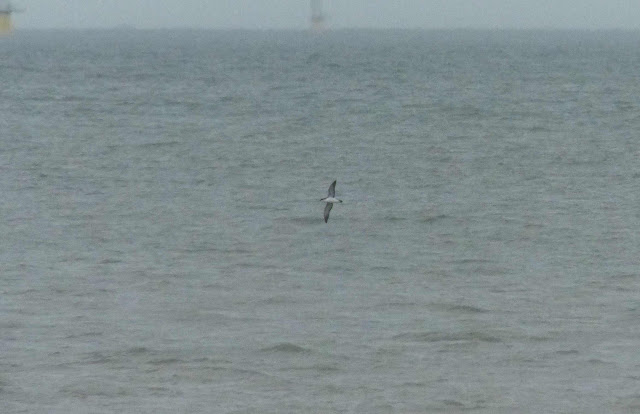 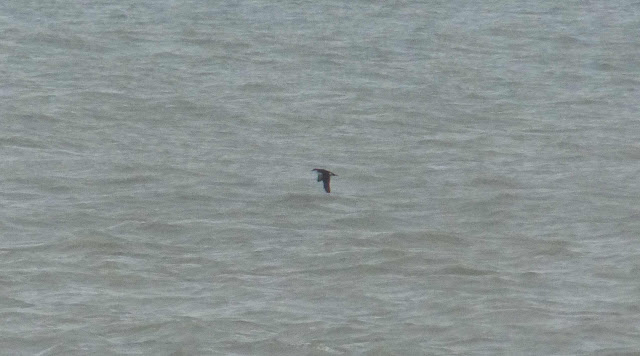