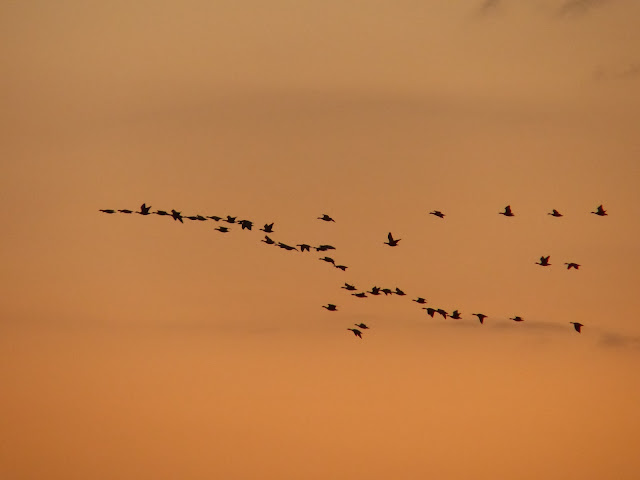 The day started with the wonderful sound of Pink-footed Geese just after dawn departing the estuary with a flock of 117 Pinkies flying north passed the Obs. 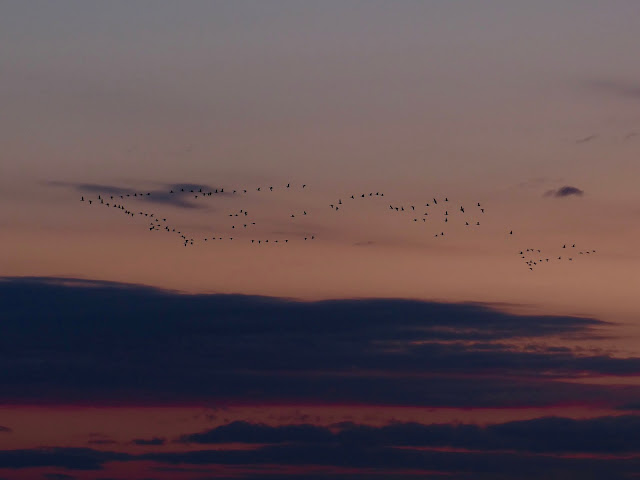 Rather less aesthetically pleasing were two Canada Geese flying along the shore that were later matched by two more flying over the islands. 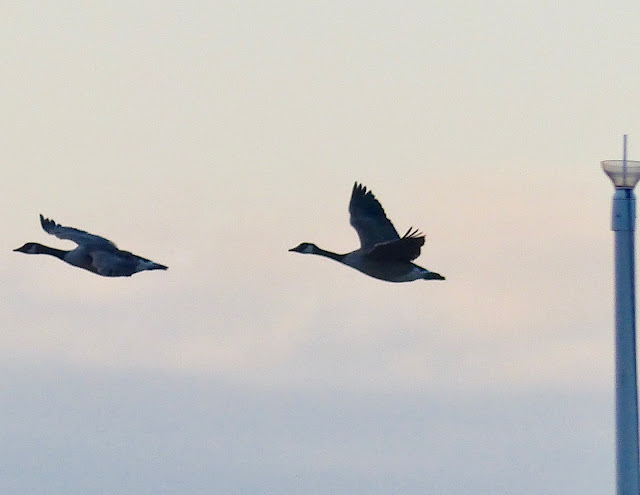 Visible migration was in evidence with three flocks of Woodpigeon noted 3, 16 and 3.  There were several alba wagtails passing over and a male singing from the roof of the Cox’s bungalow. 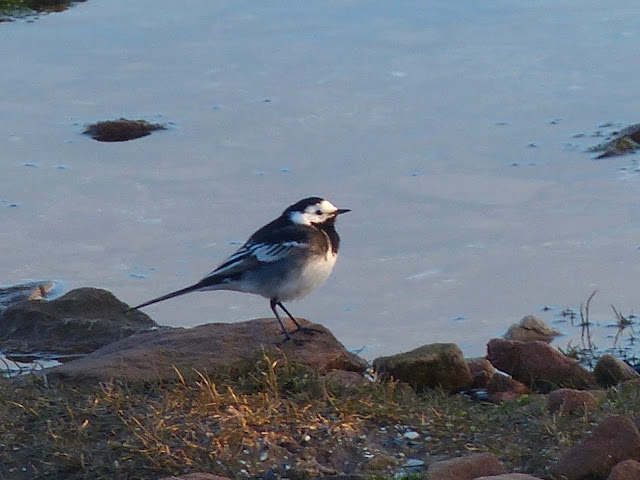 A single Magpie arrived from the north and toured the island several times before heading off south. 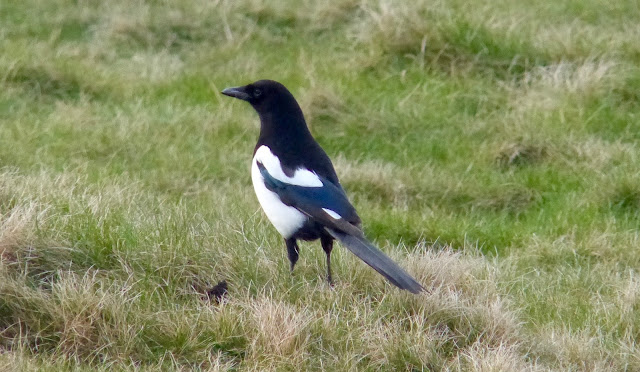 A solitary Golden Plover flew North over the Obs and other waders found today including several colour-flagged Knot and a colour-flagged Bar-tailed Godwit which was ringed in Altcar on Good Friday; more news on these birds soon. 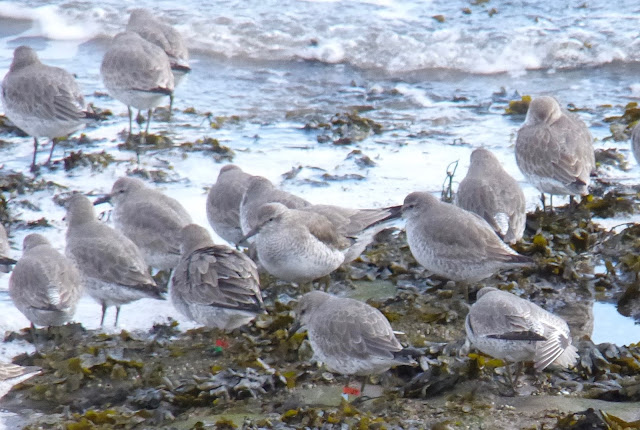 Two Purple Sandpipers were still present today; one giving great views by the pool at the North End (photo by Helen Bannister). 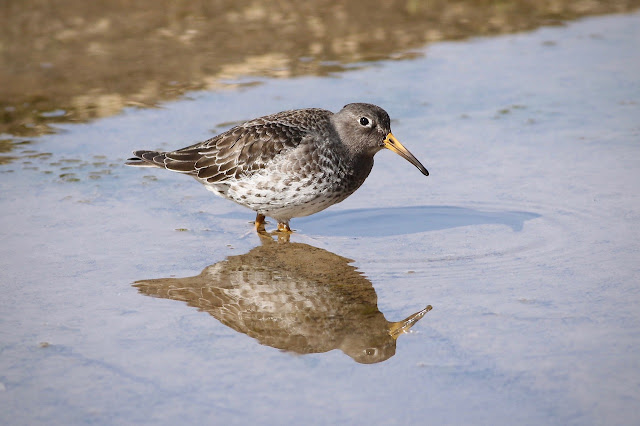 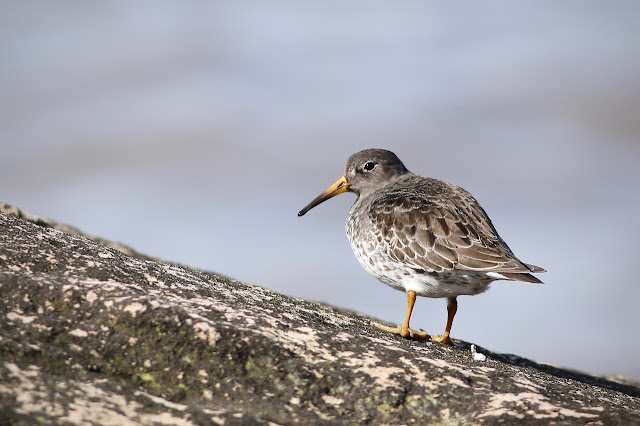 The tide was calm and produced good numbers of Great Crested Grebes (57) and Red-throated Divers (21).  The three Eiders were again present around the islands over the tide.