Weather: SSE force 1
A very good morning of visible migration today but strangely poor in terms of ringing success.
The first arrivals of Sand Martins (24), Swallows (5) and Sandwich Terns (60) in any numbers became evident after dawn as the morning warmed up. Four Goldcrests and 3 Chiffchaffs (including yesterdays ringed bird) were on the ground, also 2 males and a female Wheatear, and not forgetting a small fall of Wrens. 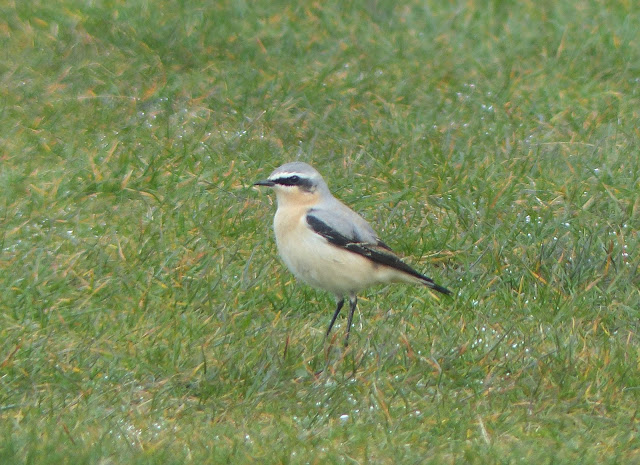 Passing through this morning were the usual many Meadow Pipits, 7 Goldfinches, 2 Siskins, 8 Pied Wagtails, a Reed Bunting and 8 Skylarks of which 3 came down for a while giving the unusual opportunity of seeing them alongside a Wheatear at Hilbre. 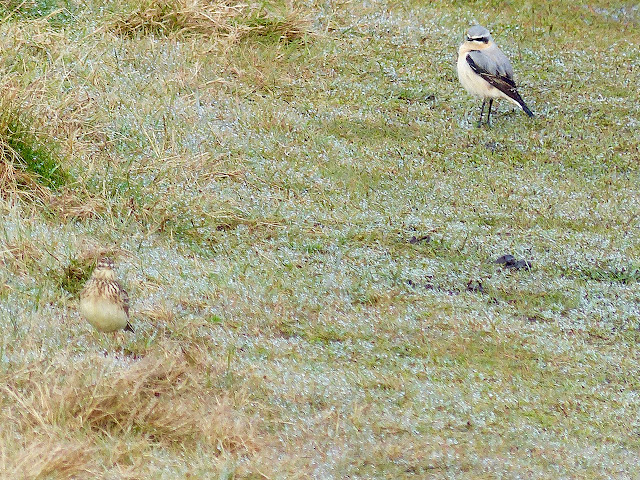 Larger species noted included a male Tufted Duck (rare at Hilbre) flying south down the Dee, a Scaup,  6 Woodpigeons and 3 Collared Doves, both species circuiting the island for a while as did 3 Magpies. 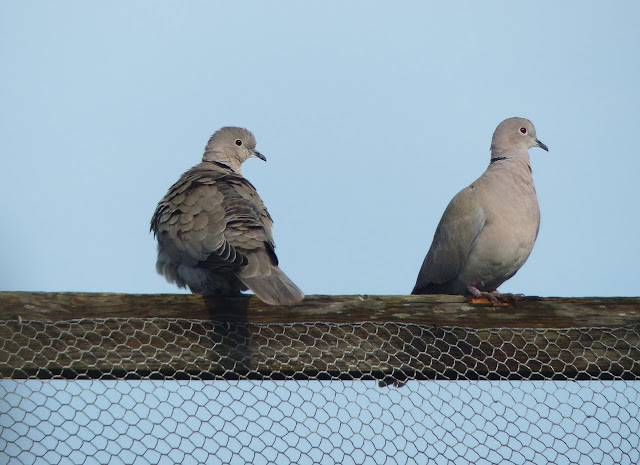 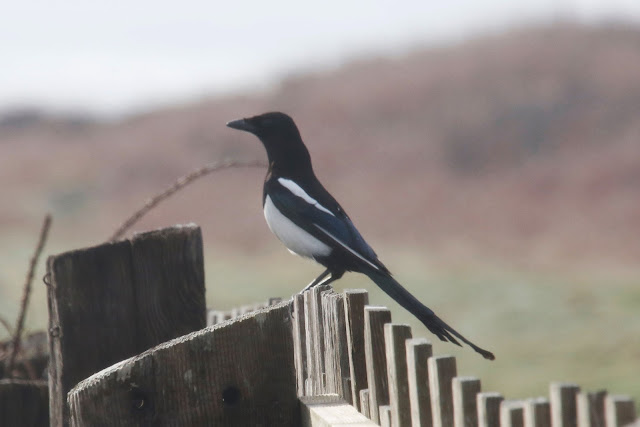 Rook and Golden Plover were recorded by sight and sound respectively while 2 Canada Geese hung about south of Middle and 2 Eider on the east side. Two flocks of 180 and 110 Pink-footed Geese exiting the estuary soon after dawn. 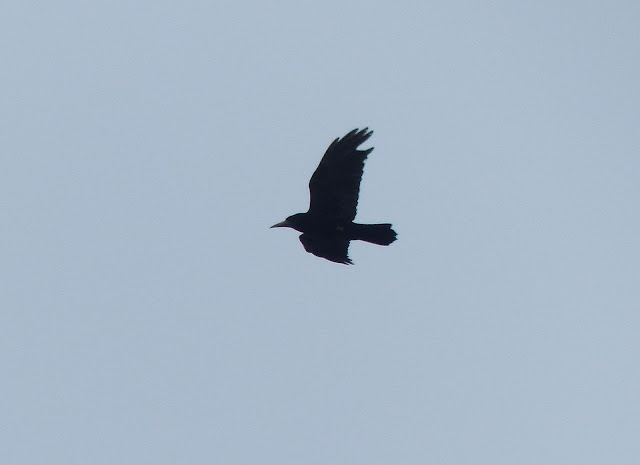 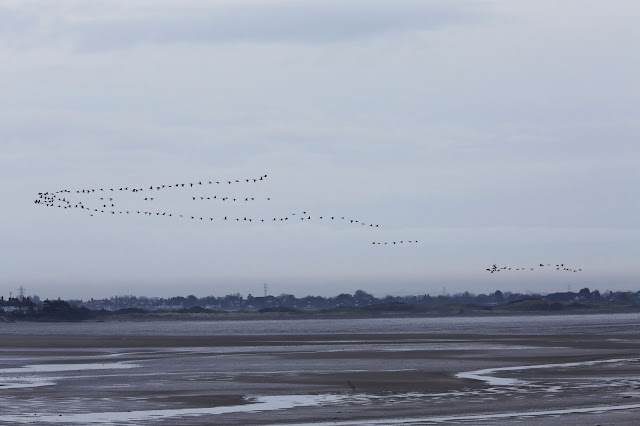 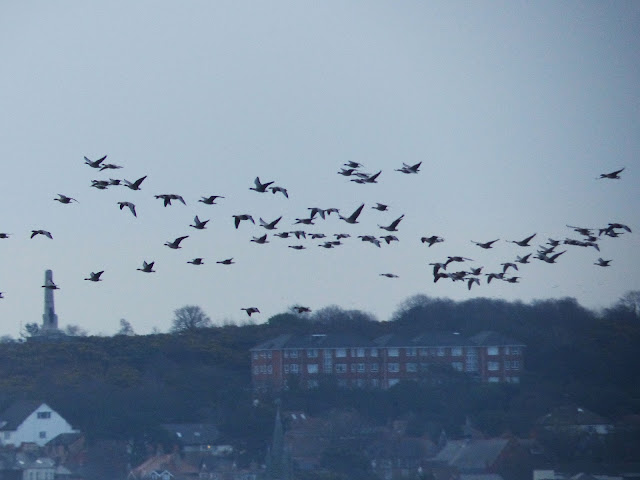 The sea was also fairly productive with 24 Little Gulls off to the north west, 12 Red-breasted Mergansers by the west hoyle, 115 Scoter, 12 Great Crested Grebes, 5 Shelduck flying, a Gannet and a Red-throated Diver. A complete count of Brent was not made but they still seem to be around the 150 mark. Four Little Egrets were on the shore, also a Grey Heron and 4 Bar-tailed Godwits.