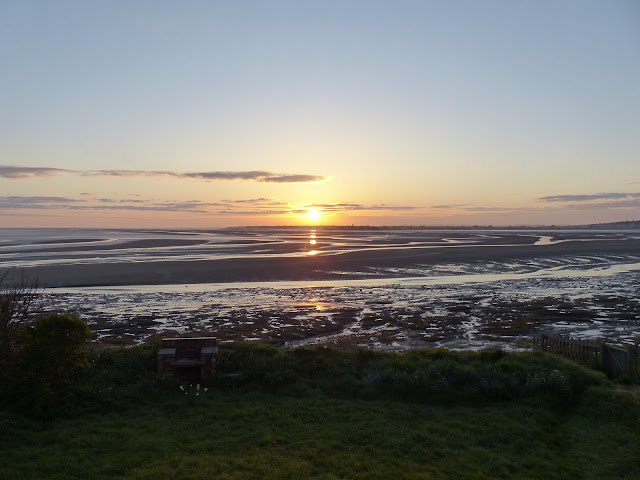 A nice looking morning with light winds but feeling very cool early on. There was very little over head moving but a small fall of at least 15 Willow Warblers was present in the paddocks but little else until 2 Redstarts were found with a female being ringed before the tide approached. 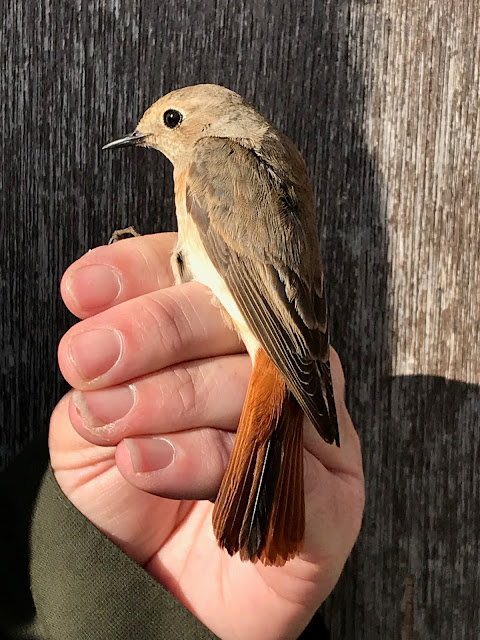 A Woodpigeon was flushed from Middle soon after dawn and several Wheatears were scattered over the island from early morning. 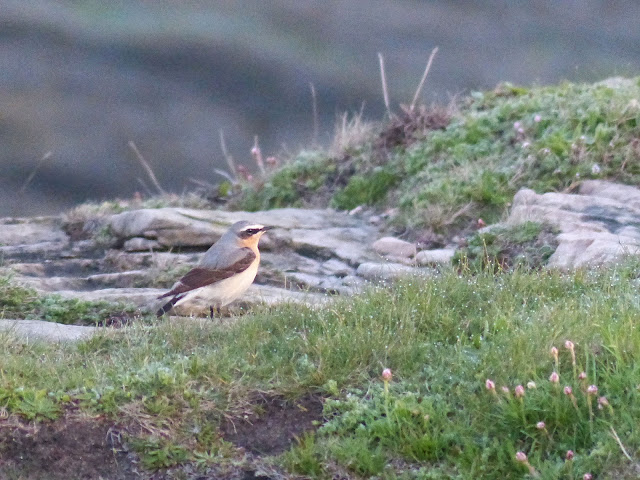 A Common Sandpiper flew along the tide edge off the west side but disappointingly failed to show again. A single Starling, a White Wagtail and a few Swallows passed through adding to the now resident birds 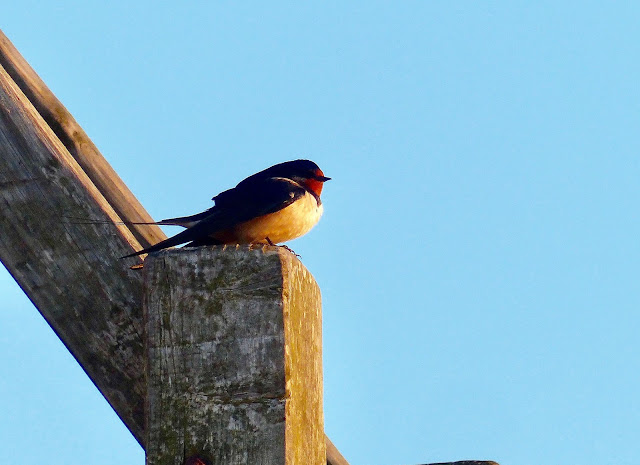 Groups of 5 and 6 Shelduck showed more activity than of late near to the islands. On the sea note was made of 8 Red-breasted Mergansers, 12 Great Crested Grebes and 2 Red-throated Divers.
A post tide visit found a few Willow Warblers still not ringed including this bird enjoying yellow pollen from the Blackthorn (below) and a Common Snipe flushed from the south end. One of the redstarts was still present. 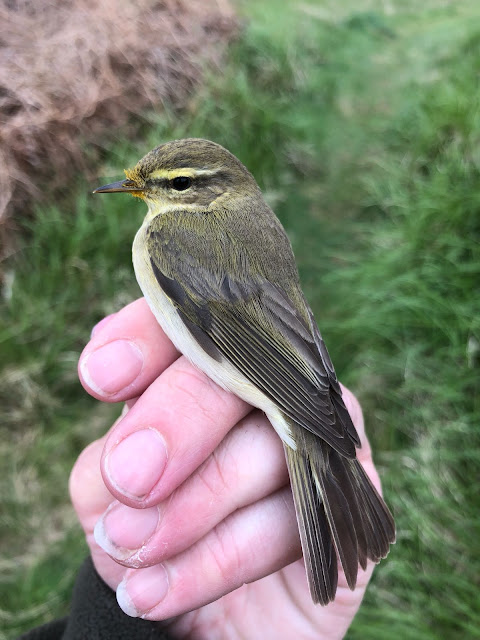