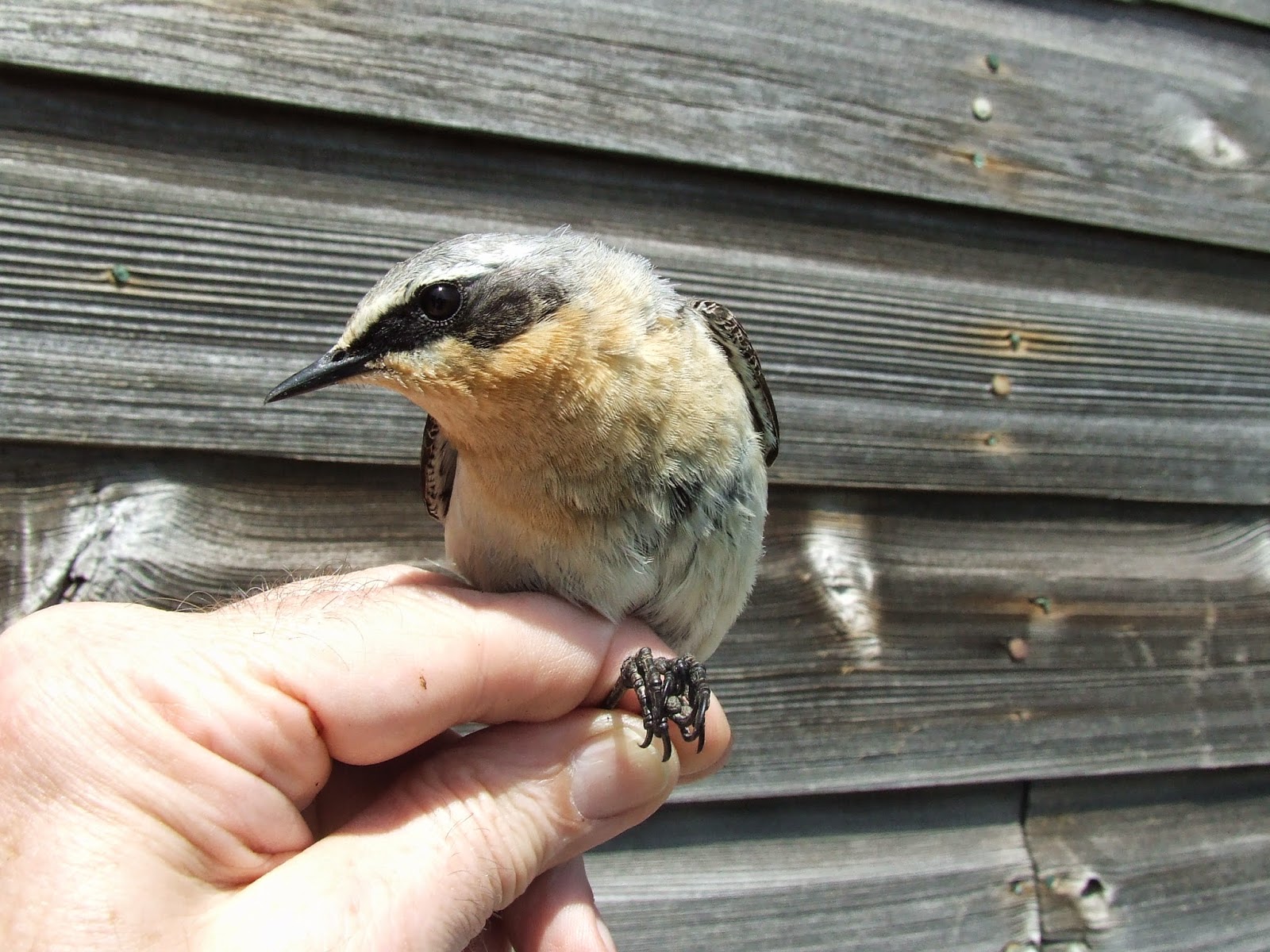 The day started early with a stunning sunrise - but the clear skies and good visibilty meant that observers were unsurprised that there were no migrants at dawn. This only increased slightly with a couple of Willow Warblers and three Wheatears, the latter being Greenland birds, two of which were trapped and ringed later in the day.

Without doubt the highlight of the day were the thousands of Common Scoter which had come closer to the West Hoyle bank on the flat calm sea to the North West of the island. 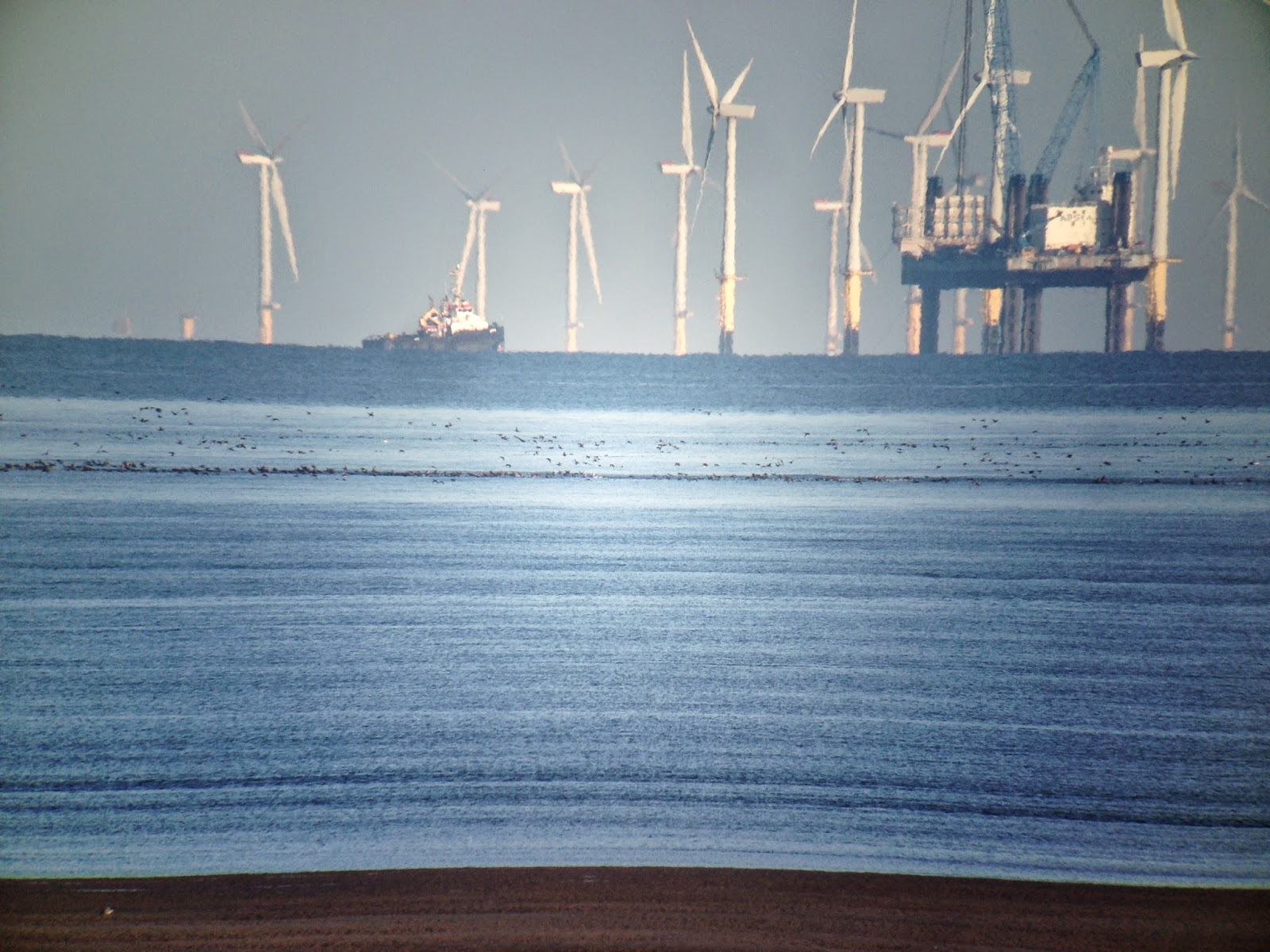 A couple of hours was spent counting and enjoying these birds as they circled around each other in vast numbers creating a "slick" of black across the sea before chasing each other and flying swirling around in vast flocks.  A minimum count of 8,500 Common Scoters were counted and a flock of three Velvet Scoters was found amongst them (a male and two females) as they flew west but were soon lost in the melee once they ditched in followed shortly after by another drake joining them from the east. A further single male Velvet was noted later and assumed different as finding the same bird flapping occasionally in amongst the throng would have been some achievement (no doubt there are actually many more out there)!   As the tide rose during the morning they began to shift further west and heat haze hampered viewing.

Returning to migration a single Redpoll passed over calling and a single and two Collared Doves moved through but little else of note.

A calling Grey Plover came in from the West calling and over the tide good numbers of Dunlin and Ringed Plover were roosting around the islands and 2 Little Egrets appeared on the ebb.