What little wind there was first thing shifted between SW and S and mist early on brought the bird of the day, the second Firecrest of the autumn, which was found early morning in the Obs garden. 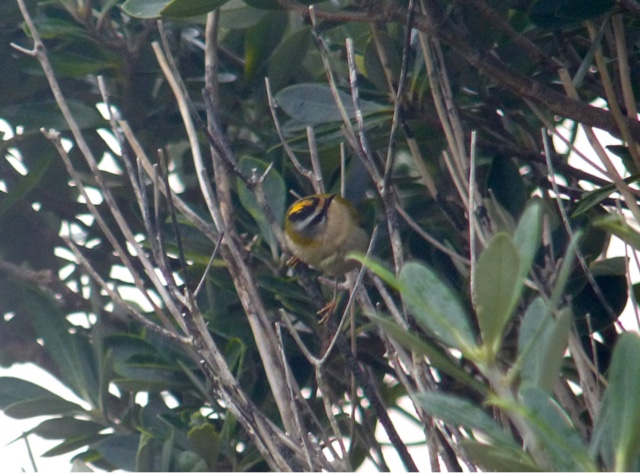 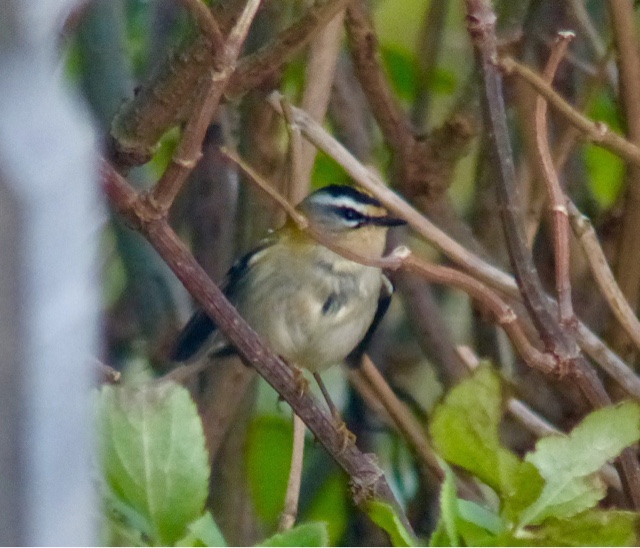 It spent its time between the pittosporum and the stunted sycamores before eventually finding its way into the Obs garden mist net. 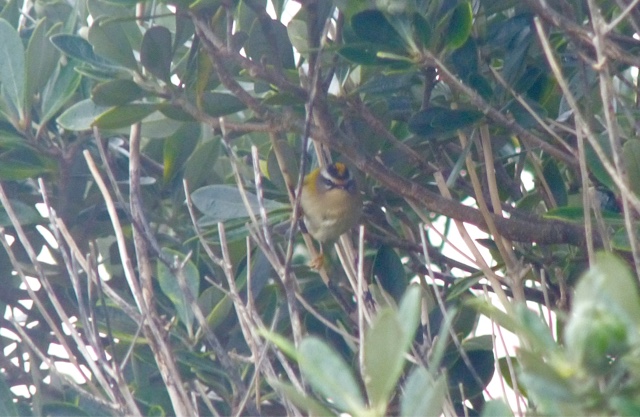 There were at least 15 Goldcrests around the islands and a Song Thrush was also present in the Obs garden. 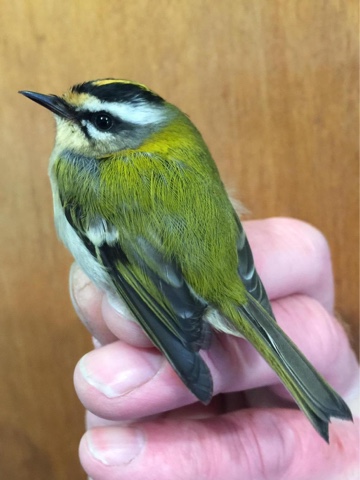 Visible movement produced at least 4 Reed Buntings, up to 50 Meadow Pipits, 3 Skylarks and a couple of Alba Wagtails but little else of note.

Four Teal were noted and 12 Sanderling passed the North End, meanwhile five Little Egrets remained around the islands during the day.

A male Blackcap was caught late morning but had also been present from earlier. 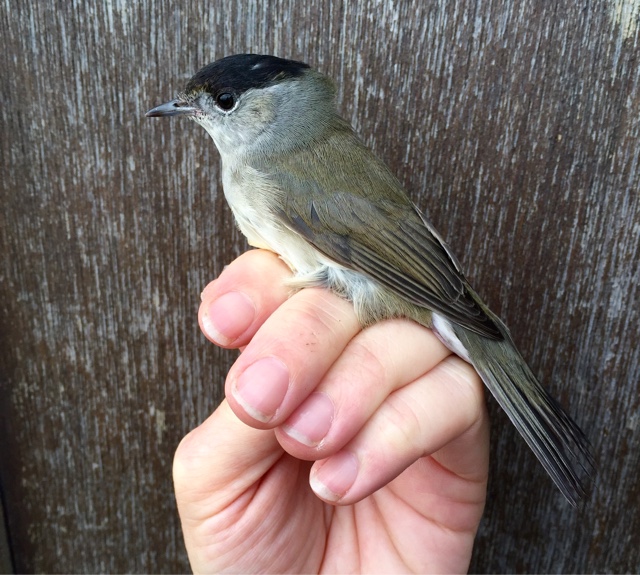 It was a strange morning weather-wise with the rain clouds arriving from the Irish Sea and the mist making the estuary appear dark even by 10am (when photo below was taken). 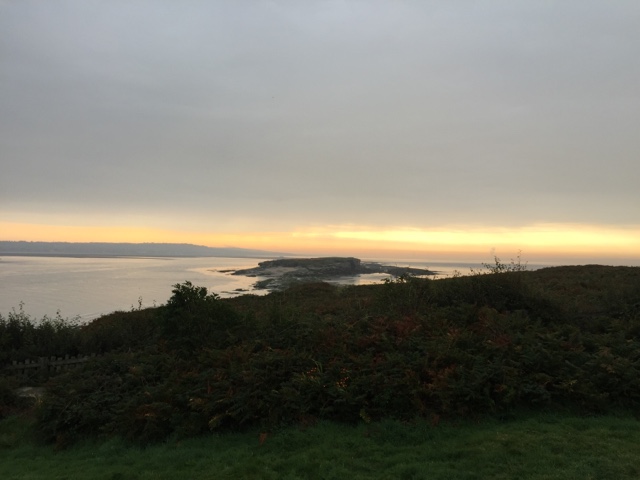