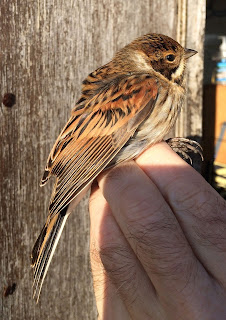 For the observers it's been a week of Goldcrests and Chiffchaffs, yesterday the Chiffchaffs were in the majority, today Goldcrests (below, SRW) easily had the edge with at least 25 present compared with 9 Chiffchaffs while Meadow Pipits were fewer than yesterday but still a noticeable small passage took place of about 80 mostly in groups of single figures.

'Vis mig' was good all day with four Reed Buntings alighting in the old obs trees, before one found itself in the mist net to be ringed (left,CJ) 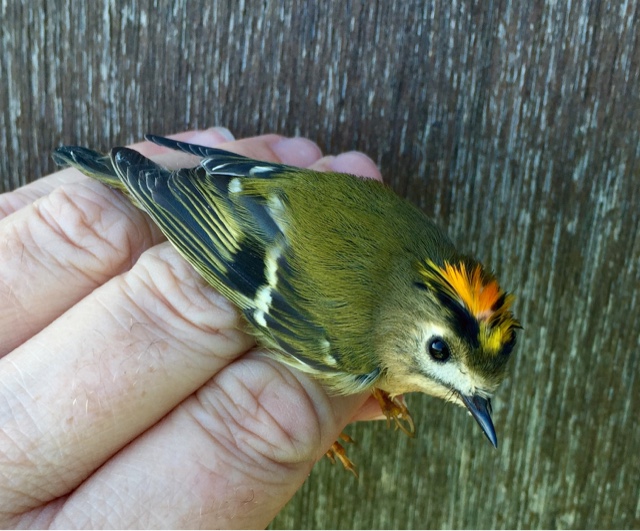 Other birds passing over included 2 Grey Wagtails, and 32 alba Wagtails, a couple of  Redpolls, 2 Greenfinches, at least 23 Goldfinch (including a flock of 19 that spent the afternoon in company with the local Linnets around the main island - see below, SRW), 4 Siskin, a couple of single Starlings and a Skylark. 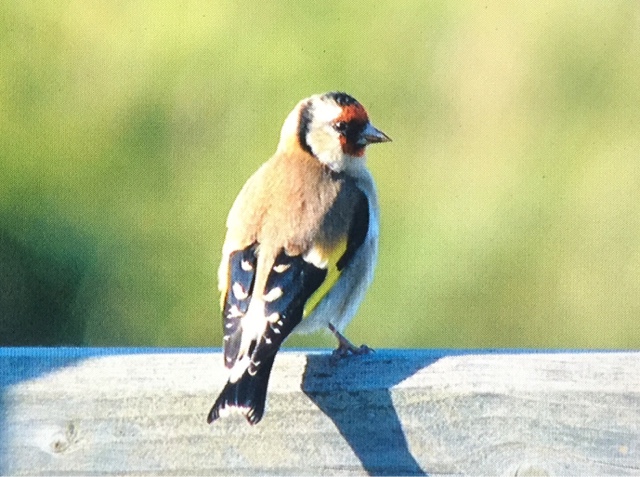 Highlight of the day took place in the afternoon when a Richard's Pipit was briefly heard near the centre of the island down the West Side at c1pm but could not be located and was thought to be 'one that got away'. Fortunately at c1.40pm it flew passed the obs gate along 'Gropper ridge' and landed briefly at the South End, unfortunately it then flew off calling East towards West Kirby/Red Rocks salt marsh. The last Hilbre record was on 15th Oct 2011 (see our blog for that date) and that bird acted in a very similar manner to today's bird.
A Merlin (below,SRW) flew down the west side earlier in the day but also did not stay on the island a flock of about 100 Wigeon flew south down the Dee and a single Teal was on the edge of the East Hoyle tide before drifting up the gutter as the tide flooded. 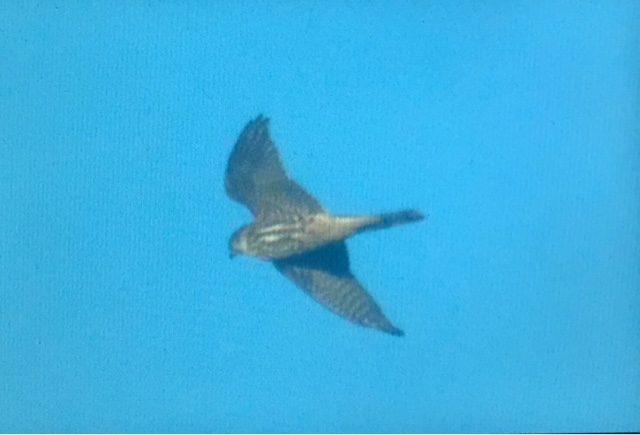 A Woodpigeon landed on the 'air raid shelter' (below,CJ) and was obviously very exhausted and remained there for some time, how far could it have travelled? It later moved to the Obs roof before heading off late afternoon. 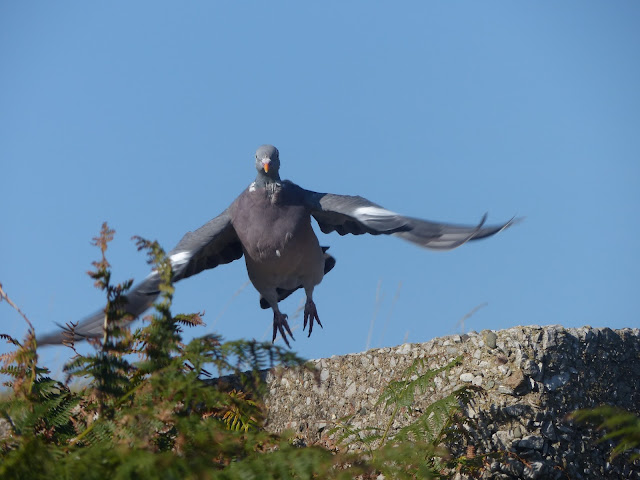 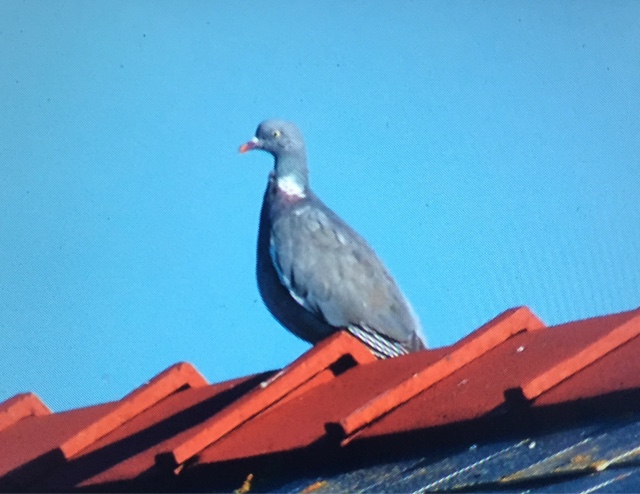 With the sun out, and despite there being  lots of ornithological interest, insects were not forgotten with at least a dozen Red Admiral butterflies being the highlight (see below) as well as Small Tortoishell and Green-veined White and a Devil's Coach Horse beetle. 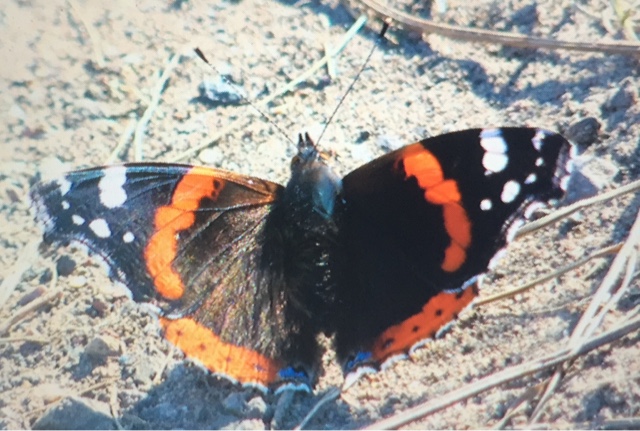