Forty eight Gannets and a Guillemot were in Liverpool bay, a Little Tern was over the west hoyle bank on the rising tide and increased numbers of both Sandwich (85) and Common (30) Terns are now building up around the islands. 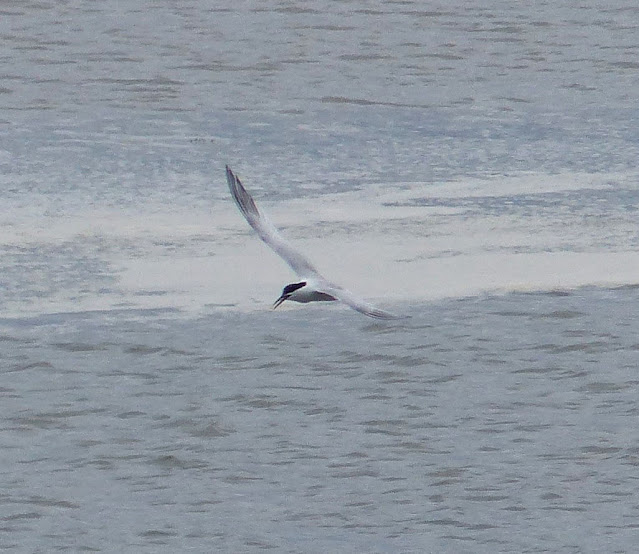 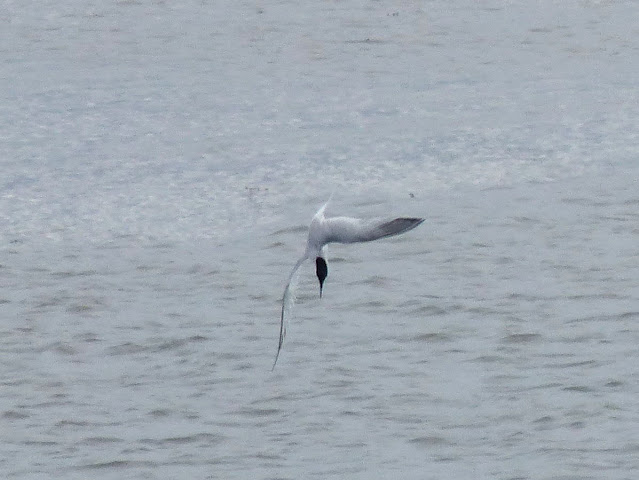 Another species increasing as the autumn rolls on is the Black-headed Gull, there were 139 seen from the island. 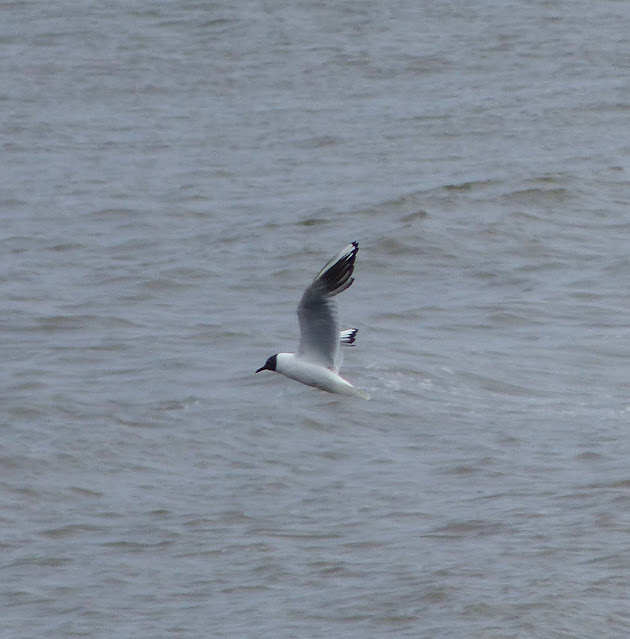 Meadow Pipits are breeding among the Bracken and grasses. 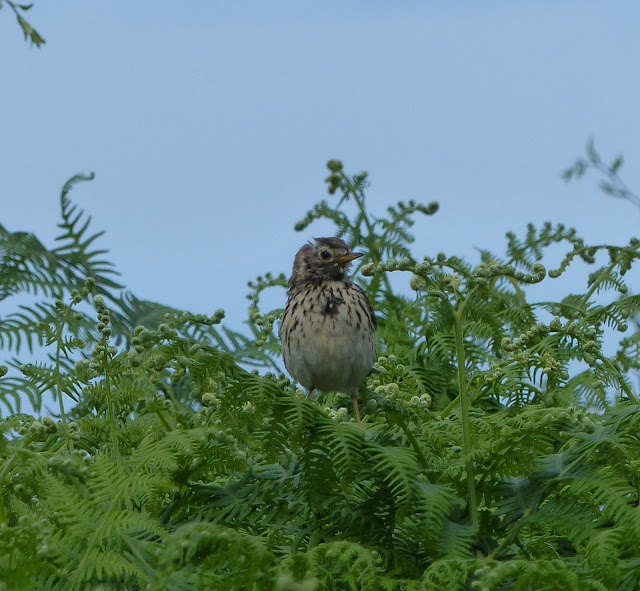 Small numbers of waders are beginning to arrive back from the breeding grounds, 3 summer plumaged Dunlin landed below the obs as the tide rose, and there were 10 Redshank by the lagoon, while on the ebb tide a single Grey Plover called from the east sid eof the gutter. A Kestrel was present during the day but by late afternoon 2 were over the south end. A group of 3 Ravens were also late afternoon arrivals, they toured the island and then made off south.

Caterpillars of the Cinnabar moth are now on the Ragwort in several places around the islands. 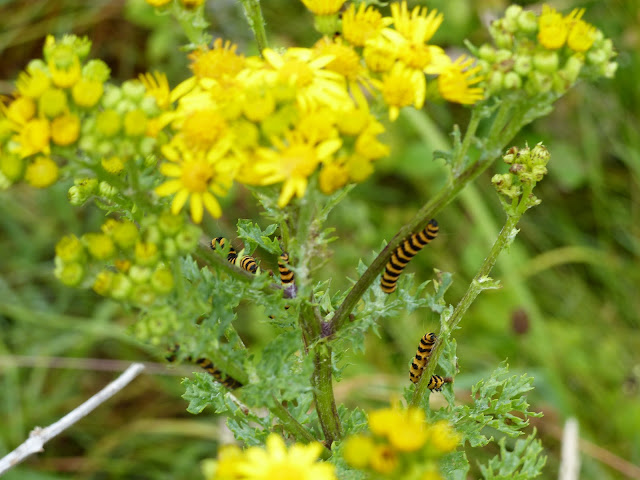 Recent regulars, the female Eider and the singing Whitethroat did not dissappoint today.
photos AS