The waders around the main island continue to entertain and today was no exception with yesterday's Little Stint (two photos below) being refound and performing better and the Curlew Sandpiper made another appearance albeit somewhat briefly. 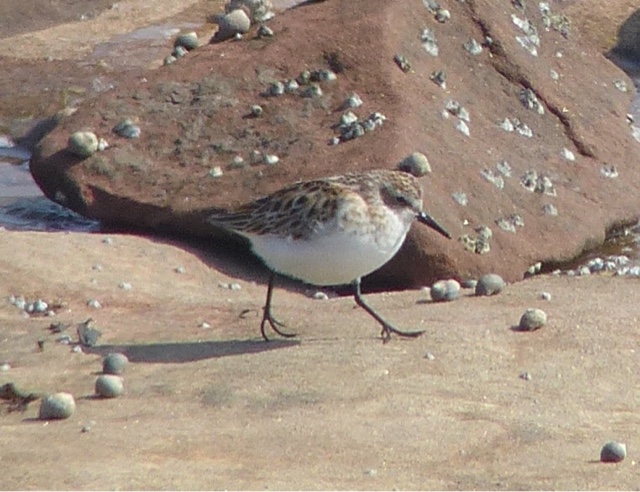 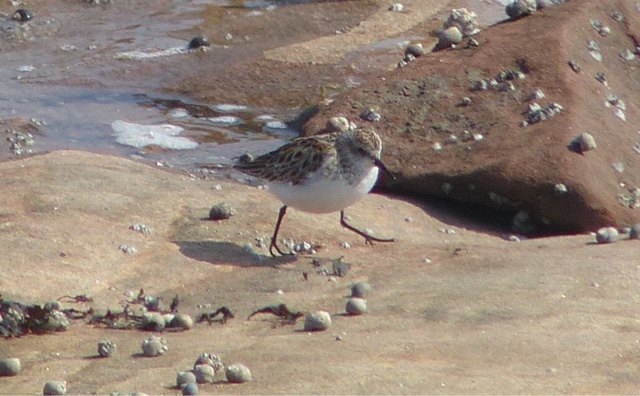 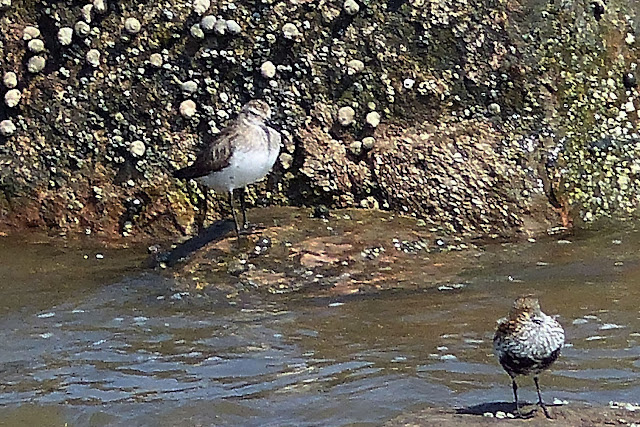 Vis mig was slow but produced some nice species including four flava Wagtail and five Tree Pipit including one that landed briefly on the Buoy Master's house roof. 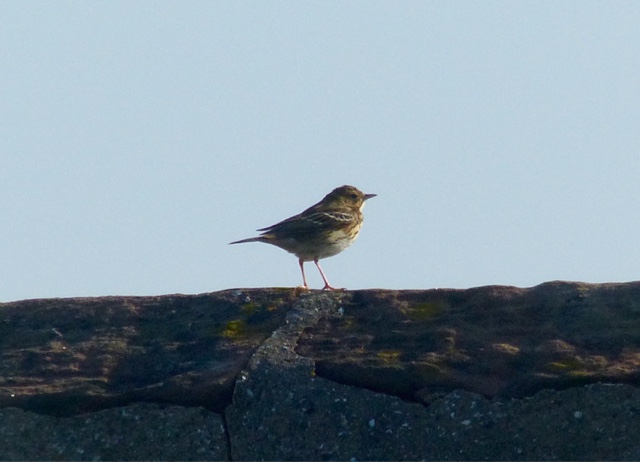 A single male Whinchat appeared early morning and provided some photographic opportunities until it caught itself in the SK mist net. 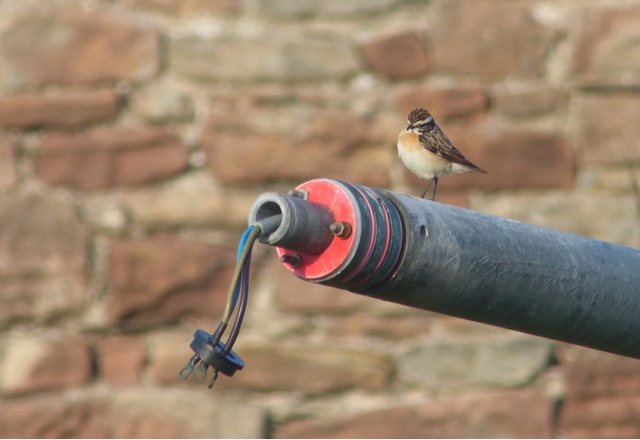 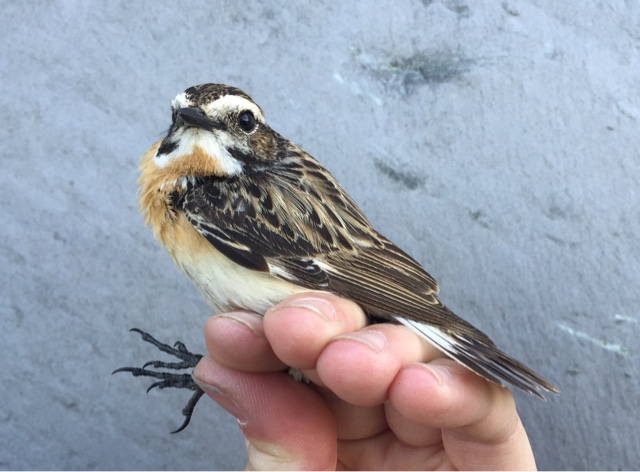 Other species caught today included another Sedge Warbler and 4 Redpoll , 7 (of 12) Willow Warblers and 3 Whitethroat. 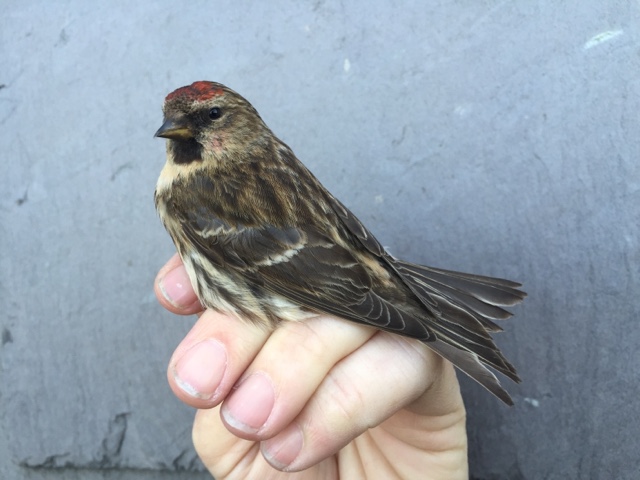