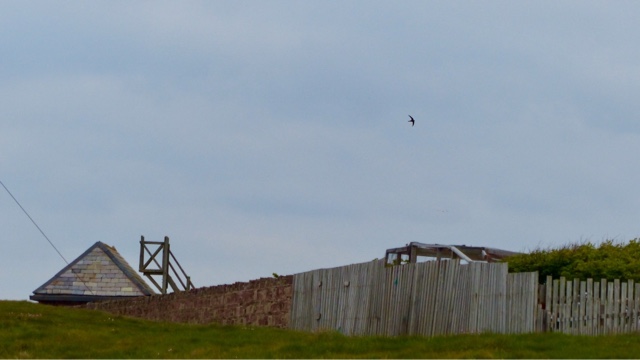 A cold wind from the east greeted observers this morning, not giving high hopes of a good migration day but nevertheless about a dozen phylloscopus warblers arrived during the morning, chief amongst them was a french ringed Chiffchaff caught in the SK trap at about 10.30hrs. Such foreign 'controls' are always exciting for the ringers and we look forward to receiving the details in due course (see below right with Willow Warbler). 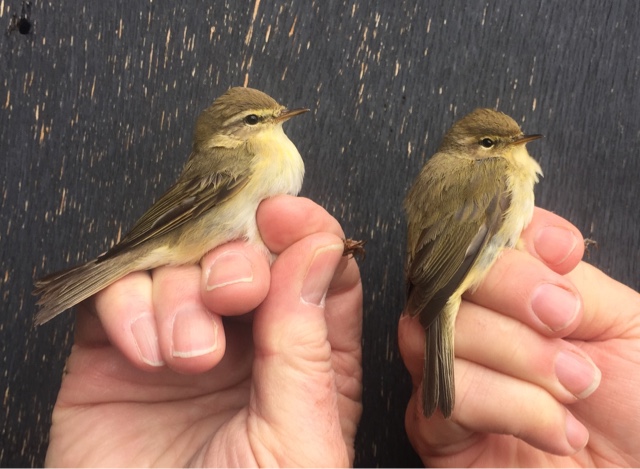 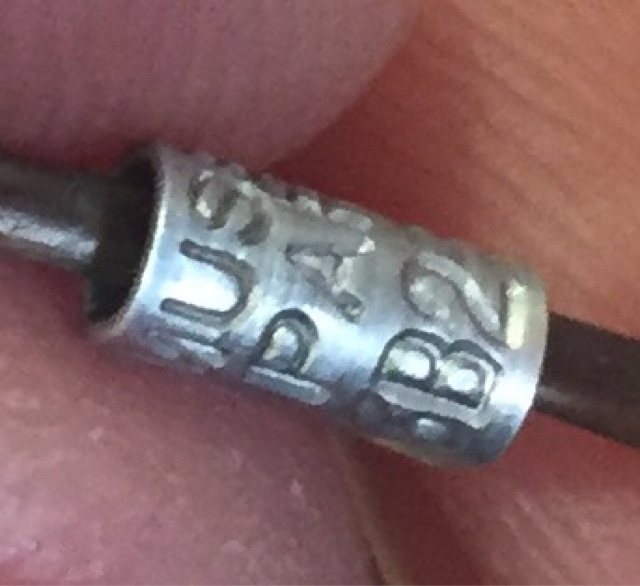 Members were also kept happy the rest of the time counting the Swifts moving through in a heavy passage lasting all morning, all flying west to east in small and medium sized parties, and by 11.15hrs 332 had been counted. 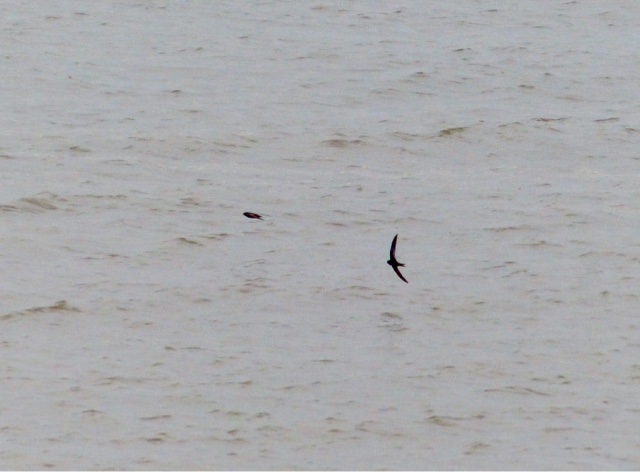 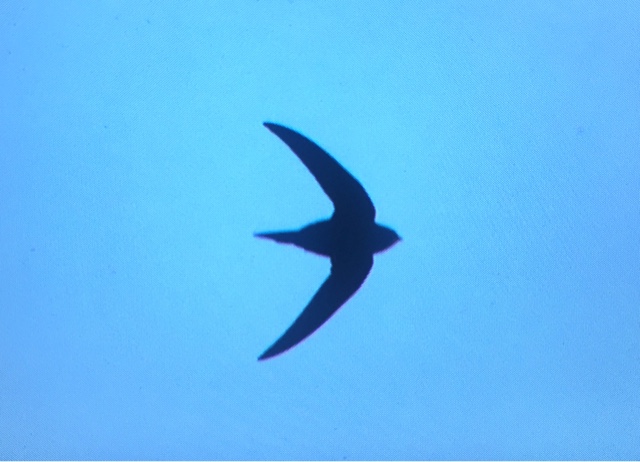 The Swallows were less impressive, only 18 today together with a single Sand Martin and a House Martin. Two Grey Wagtails flew in from the west while a male and a female Wheatear were present but once again failed to be trapped, although 2 Whitethroats were ringed. 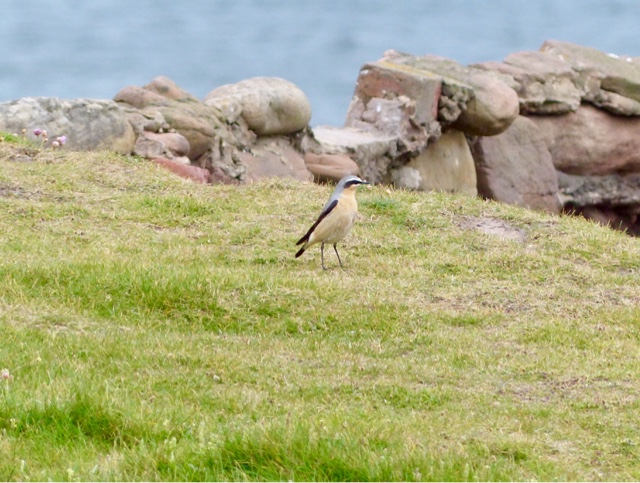 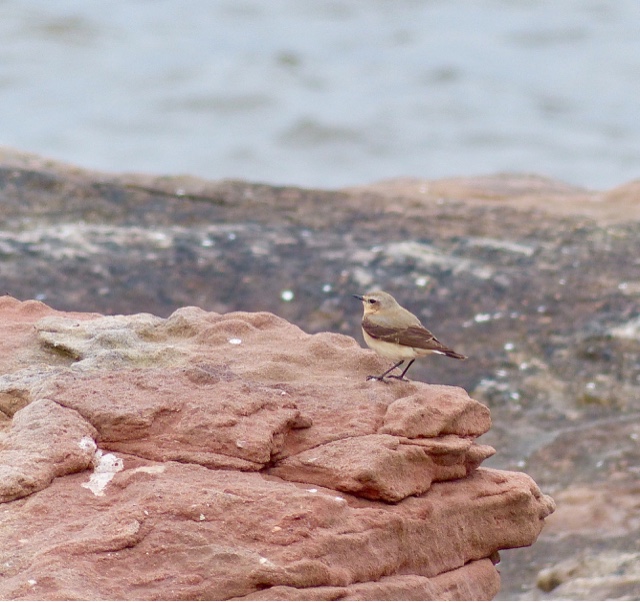 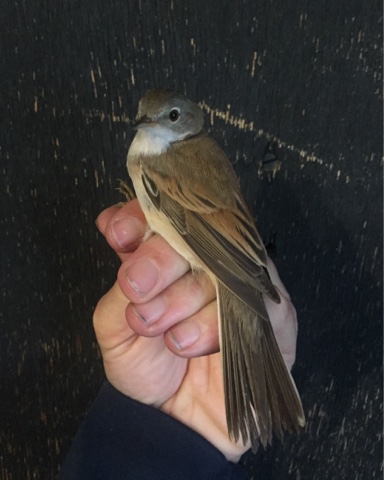 Eleven Whimbrel are still here along with the late pale-bellied Brent (about 3 weeks after most of the others went north), while only about 100 Dunlin lingered around the island at high tide this morning. 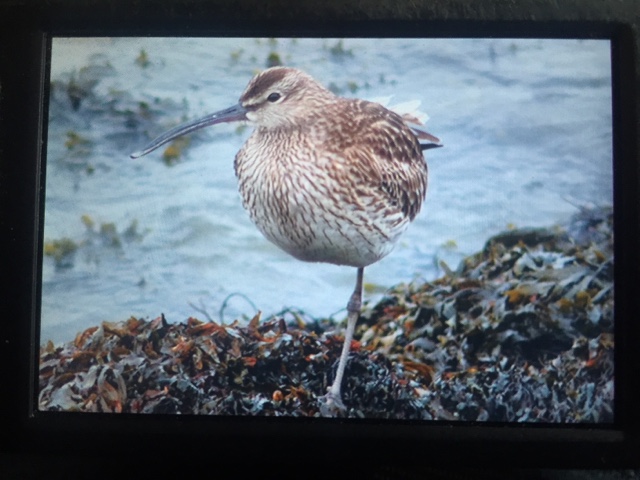 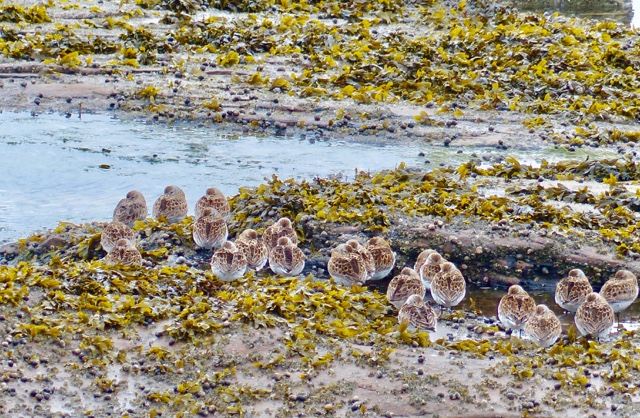