Some cloud had arrived overnight giving the promise of showers making conditions seemingly ideal for migrants to drop in to Hilbre.
There was a fairly slow start with not too many warblers around first thing but during the day another excellent cast list were found including a female Whinchat (the bird yesterday was a male), 5 Whitethroats, 2 Sedge Warblers, a dozen Willow Warblers and a Spotted Flycatcher, the first this year at Hilbre (see below). Hirundines flying today were 50 Swallows (one of which became the first ringed here this year), 25 House Martins, 6 Sand Martins, but no Swifts passed through. Other visitors were 6 flava (Yellow) Wagtails, 2 Wheatears, 2 Siskins, a Redpoll, and a Grey Wagtail. 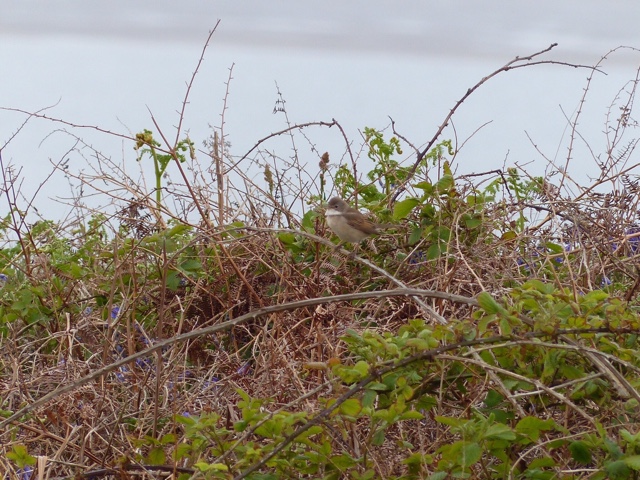 The best story of the day involves a Stoat and a Peregrine, the former seen to leave the ridge south of Middle and head off towards the mainland closely harassed by a Peregrine which failed to stop its progress and gave up the chase halfway to the shore. The swiftly moving Stoat also avoided the clutches of both Great Black-back Gulls and Crows and made it to the marsh on the West Kirby shore.
A Little Stint was identified among the Dunlin by Middle, presumably the same bird as seen yesterday, while a Common Sandpiper was calling for a short time around the rocks.
With the morning's Spotted Flycatcher having not been seen for several hours it came as a surprise to find one in the Newton trap on the last round of the day.  In hindsight this was almost certainly a different bird (see below). 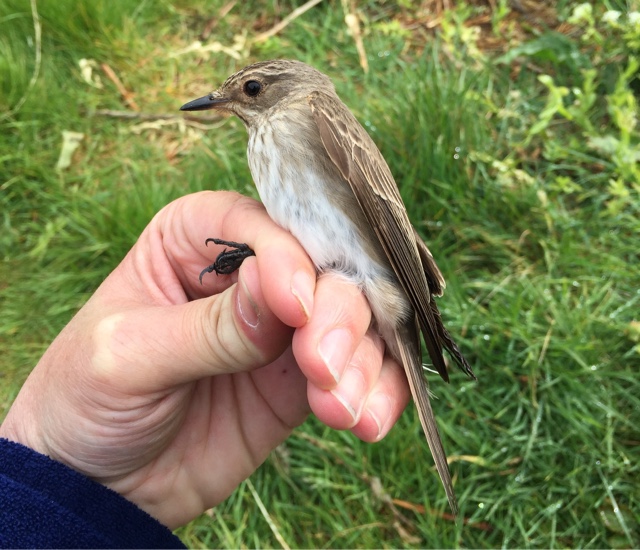 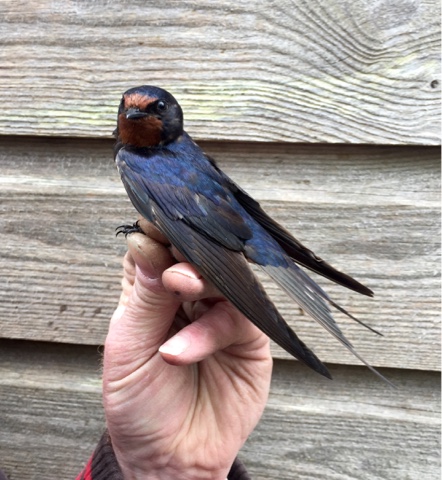 Sightings of terns featured more Common (80) than Sandwich (35) today and also on the sea were 4 Gannets.
Several Red Admiral butterflies are now flying and the first Painted Lady (below) was found at the south end. 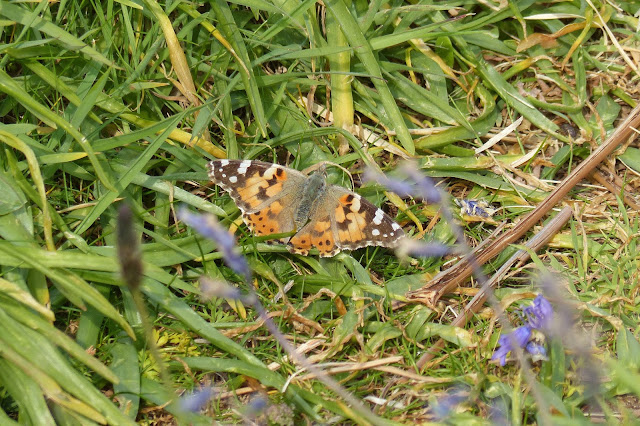 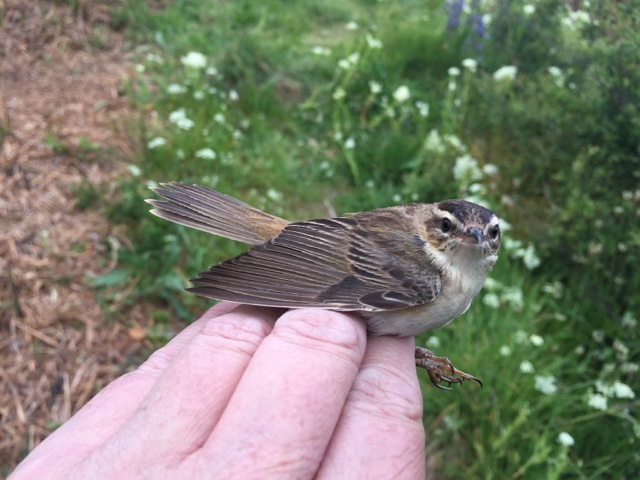