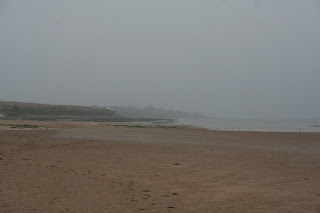 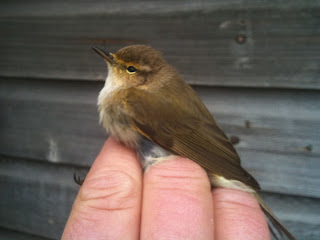 A foggy start to the day, and the sort of conditions that bring birds to the island, particularly in spring and autumn.
Two more Woodpigeons took a liking to the area and a Common Snipe found its way across the shore this morning. The second White Wagtail of the spring arrived and 8 Pied Wagtails also went through, although finches were only represented by a single Chaffinch. 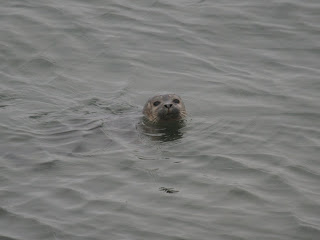 Highlight of the day was the first warbler of the year in the form of a Chiffchaff that was trapped and ringed (above).
The Brent are still around the 190 mark, and the male Common Scoter that has been about the 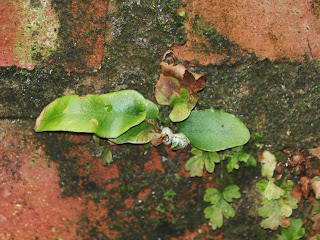 island on several days recently is still to be seen. Five drake Mallards and a female are now exploring the pond area.
A Common Seal was in the clear water of shell beach (above) and gave a rare opportunity to photograph this species in the water a Hilbre. A Hart's Tongue fern (right)was identified on the island, also a scarce Hilbre sighting.
Ringed:- 1 Blackbird, 1 Chiffchaff
(DB,CJW) [34] photos CJW
Posted by Colin at 21:49