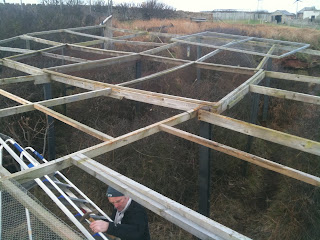 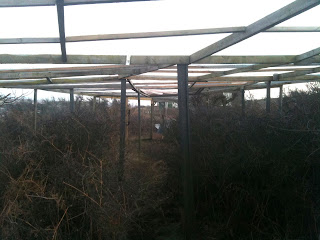 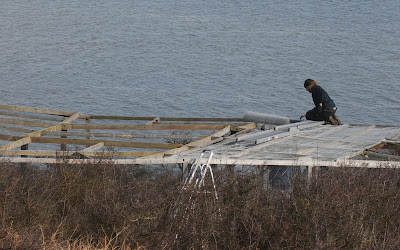 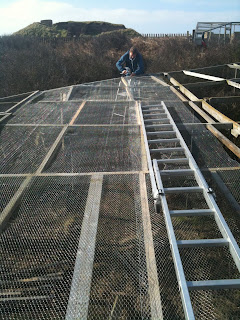 An early start before the tide to tackle the roof of the SK trap. After a marathon 11 hour shift to the surprise even of those involved the trap was completed before sunset and is now in shining new condition to accept the wonderful birds expected this spring.
In contrast to yesterday the weather was cold and cloudy with a light south easterly breeze so although bird watching was never a priority, several decent species came to notice. An immature Mute Swan flew slowly up the west side and shortly afterwards a Merlin flashed across the island and was later seen sitting on the old lifeboat house 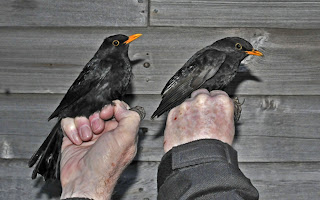 and chasing the waders down the east side. A Raven flew high over the island south east and other fly-overs were 4 Siskins, 2 Greenfinches and a Reed Bunting. Three hundred and fifty Bar-tailed Godwits flew north east. Two male Blackbirds were ringed first thing, surprisingly the first ringed this year (photo - full adult male, left, first year, right); another Blackbird and a Song Thrush was also present.
(DB,JE,CJ,CJW,PSW) [14] photos CJW,CJ,PSW
Posted by Colin at 20:42